Already a winner at Indy, Dean Stoneman is aiming to join the big leagues in 2018 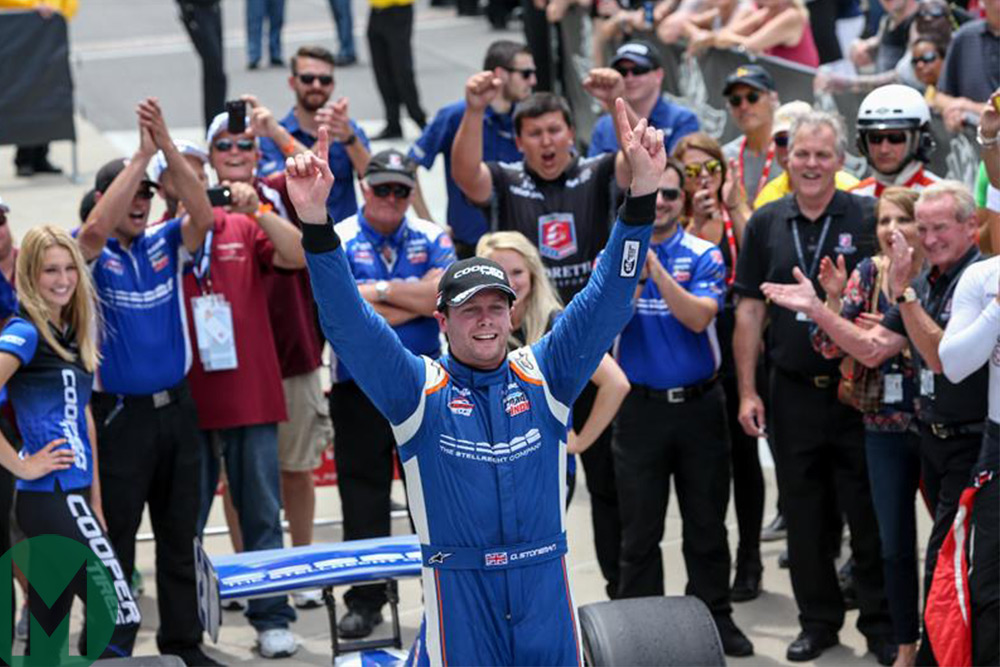 Dean Stoneman has made an impression on America, and America on him.

So it’s no surprise he’s doing all he can to make a full-time switch to the States and IndyCar for the 2018 season.

A winner in just about everything he’s entered, starting in junior formulae, then winning FIA Formula 2 before aggressive cancer at the age of 20 put everything on hold and his life in the balance. On his return, he won in Porsche Supercup, returned to single-seaters and scored victories in GP3. Then came his biggest wins, first at Indianapolis in Indy Lights and then again a few weeks later when the series returned on the Indy 500 weekend.

“Maybe it’s the sugar that makes me smile!” He jokes. “I just enjoy America a lot more, the way of life, everything.”

When asked whether more should make the leap across the Atlantic his reply is short and instant: “Definitely. Definitely.

“You have to enjoy what you do. America is just a good route, it’s a positive environment. You go to Formula 1 and you can’t get anywhere without a pass. Over there you can go anywhere.”

His last visit was in May, returning to Indy to show his face and meet sponsors again; even Fernando Alonso, who was racing with Stoneman’s old team Andretti Autosport.

“Alonso wouldn’t say anything about the race. I asked him questions and wouldn’t answer, except that he was enjoying it. It was important for me to be out there. You can’t just disappear off the face of the planet, I had to show to my sponsors I was still around. The reaction of people seeing me again is exactly why I want to go back to racing in America.

Nothing is set in stone yet for IndyCar and he’s working on a deal, even if it’s just for the Indy 500 in the month of May.

He’s at home on ovals – he showed promising pace in his first test at Phoenix within a few laps, so much so that he surprised his team which expected that speed to arrive at the end of the day.

“Ovals are much more technical than people think. It’s not just ‘flat out and turn left’, you have to work to find that half a mile an hour and to be that bit quicker. The key is to keep it straighter for longer, but then you make the corner sharper.

“When you first get in you don’t really know what to expect, but it was my neck where I felt it most. The track is so short that you have no time to relax.”

New experiences for Stoneman stretched further than on the track during his Indy Lights season – there was more than adjusting to the many cautions, the less aggressive way of racing and that welcoming paddock.

“We went to places I’d never ever have gone to,” he says. “Places you’d never even stop at, like Iowa, which just has cornfields for miles. You could drive for three hours and never see anyone, and then Amish people sitting on the side of the road, it’s great. I’d love to move out there for IndyCar.”

Sat in the control room of Ansible Motion’s simulator complex, where we meet, he is intensely determined to succeed; to return to a happier place in America following what he calls an unfortunate season in GTs, and get to Indy.

As Alonso, Max Chilton, Alexander Rossi and Stoneman’s old Indy Lights rival Ed Jones showed, anyone has a shot at winning Indy. The trick is getting there.