Twenty years ago Arie Luyendyk set the track record at Indianapolis by averaging 236.986 mph over four qualifying laps that took 2 minutes 31.908 seconds. The 1996 Indy 500 was the last year the Indy Racing League ran CART-specification cars before adopting non-turbo, stock-block engines and cheaper, much slower new cars for 1997. Since then nobody has turned a lap at the Speedway faster than 231 mph. Scott Dixon took last year’s Indy 500 pole at 226.760 mph and with the restrictions that now exist in IndyCar racing it’s entirely possible that Luyendyk’s record from 1996 may never be broken.

Luyendyk turned his record laps aboard a one-year-old CART-spec Reynard-Ford/Cosworth XB, but because he was a second-day qualifier he started the race back on the seventh row. “I should have been on the pole and won the race that year because we had the fastest car,” Luyendyk recalls. “It was the best car I ever drove at the Speedway as far as the way it handled. It didn’t scrub off any speed. That was the year they repaved the track and took out the rumble strips. We also had an unbelievable tyre and it all came together. 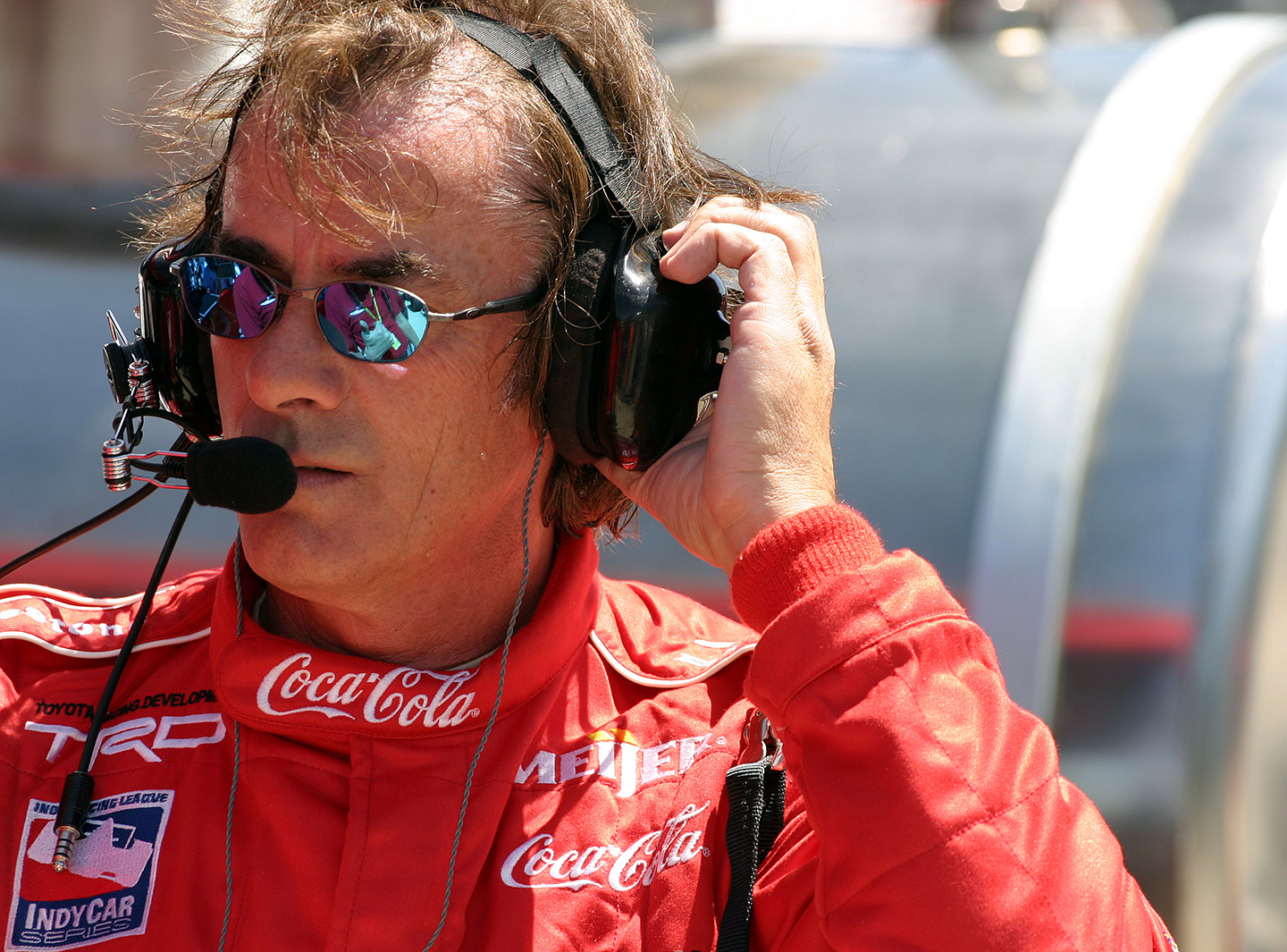 “The only thing I needed was more horsepower to go quick. I could do 238 mph at pretty much any time. It all depended on the weather, but the stars weren’t aligned. Somebody hit the wall in the morning practice and we had to change the engine in my car. I got in the back-up car and it wasn’t set up like the other one. They didn’t weigh it so we were seven pounds too light. So I came back on Sunday in the primary car and set the record. But I would have enjoyed winning the 500 all day long rather than having the record.”

Luyendyk ran into trouble in the race and eventually dropped out after his car was damaged in a multi-car accident. He had won the 500 for the first time in 1990 with Doug Shierson’s Lola-Chevy and finished second to Emerson Fittipaldi in 1993. After his disappointment in 1996, Luyendyk came through to score his second Indy 500 win in 1997 aboard a GForce-Oldsmobile.

The IRL’s new cars and 3.5-litre stock-block engines arrived in 1997 bringing an end to 30 years of wailing turbos at the Speedway. New chassis came from GForce in Braselton, Georgia, and Dallara in Italy. Engines were supplied to the majority of the field by Oldsmobile with its Aurora V8 while Nissan provided a handful of cars with Infiniti engines.

Luyendyk again took the pole at Indianapolis in 1997, averaging 218.263 mph, more than 18 mph slower than the previous year. He went on to score his second Indy 500 win that year after a battle with Scott Goodyear aboard a similar Treadway Racing GForce-Oldsmobile/Aurora. “It was more a relief to win in 1997 where I finally won my second 500,” Luyendyk recalls. “When you win it for the first time you get hungry for more. I had some good races in between where I could’ve won but it finally came together again the second time.”

Three years later, in the final years of CART’s big horsepower turbo engines, Gil de Ferran turned the fastest lap ever achieved on a closed circuit or track in qualifying for CART’s 2000 season finale at the high-banked, 2.0-mile California Speedway. De Ferran qualified on pole for the California 500 aboard one of Penske’s Reynard-Hondas at 241.428 mph, scorching around the track in 30.255 secs. 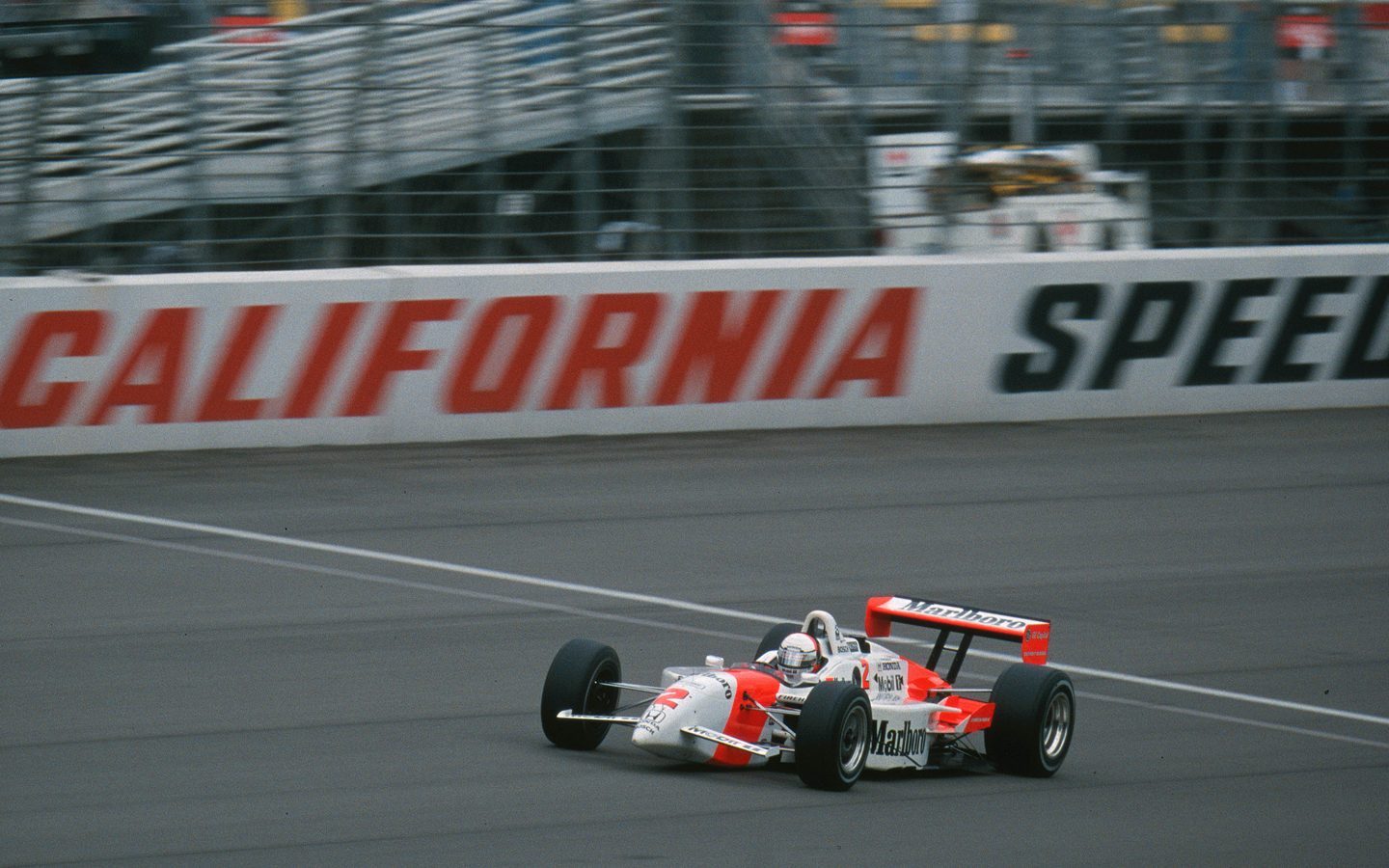 “We were regularly running above 239-240 mph in practice and I think I had a lap at 242 at one point, helped by a tow,” de Ferran recalls. “When I went out to qualify they finally put the qualifying map on the engine, which was a little bit extra. The thing was a rocketship and without the turbulence from the other cars to disturb the car and provide a tow the car was just stuck on the ground.

“The car was totally neutral and Fontana was always difficult to run a car very neutral, particularly in turns one and two because of the bumps. The whole thing about qualifying is you’re trying to run as trimmed-out and as neutral as possible. So anything that hurts your grip or your balance just a little bit will affect you massively.

“But when I did that 241 qualifying lap the car was just perfect. I remember feeling everything through my hands. Especially going into turn I was telling myself, ‘Don’t lift! Don’t lift!’ You’ve just gotta believe in the car because on a big oval if you wait to feel that the grip is there, then it’s too late. So there is a big commitment factor in oval driving. You’ve got to throw yourself in there, particularly in qualifying, because the grip changes with the air temperature and humidity.

“The record was great but at the time it didn’t seem very important to me,” de Ferran adds. “But as the years have gone by it’s changed a little. I think it was pretty cool that we were able to make that record under racing conditions. A lot of record attempts are done in special conditions away from a race weekend. As far as accomplishments go, that is one I’m very proud of.”

Over the next few years an increasing series of restrictions on aerodynamics and engines, as well as CART’s failure and its absorption by IndyCar, forever changed the face of IndyCar racing by substantially reducing the horsepower, speeds and spectacle. In today’s world, it seems unlikely that Luyendyk and de Ferran’s record laps will ever be equalled or even approached. But they will continue to live as fond memories from a time when IndyCar racing put its great days in the rear view mirror and began its unhappy fall.