Part three in a series of extracts this week from Jim Clark – The Best of the Best, written by David Tremayne and published by Evro publishing, available to order now 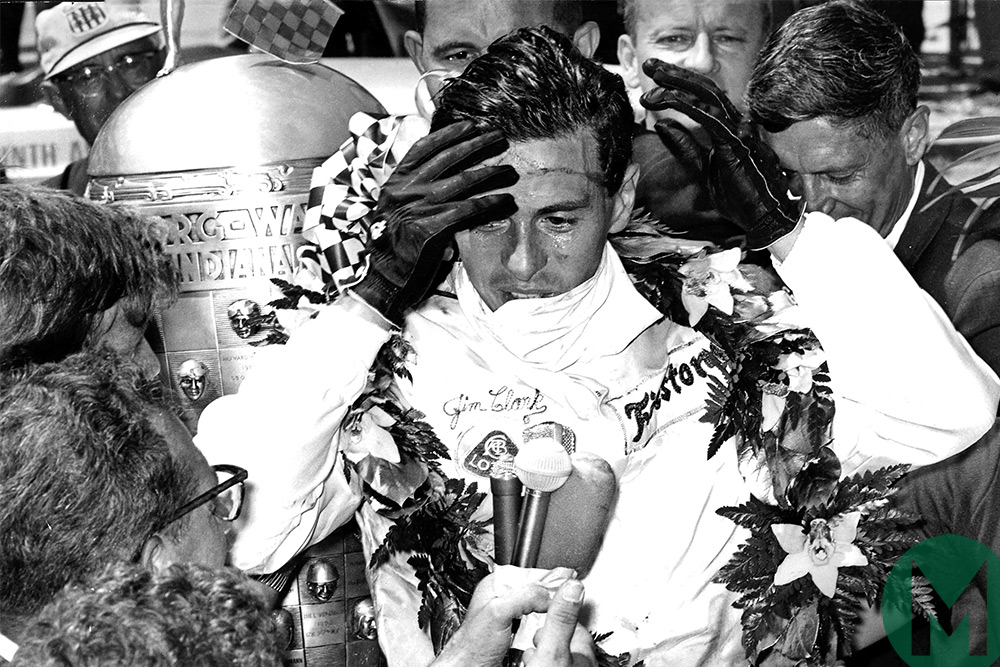 Foyt was touched when one of the first men to come over to shake his large hand was James Clark Junior, because that was the way Jim was, win or lose. Like Parnelli Jones in 1963, Foyt was appreciative of the genuine sporting gesture. ‘I thought that was pretty damn nice,’ he said.

Pole was a tremendous feat by the Texan, who gave an extraordinary display of courage on this comeback from hurting himself when his car rolled in the Motor Trend 500 NASCAR race at Riverside in January. Normally, if he broke an arm, Foyt’s idea of therapy was to paint the white picket fence around his vast farm, but this time his injuries were so severe, including a broken back, that he had to stay on the bench for the best part of four months.

‘Practice at Indianapolis often serves as a guide to ultimate performances, but it goes deeper than this because even such things as the time of day can influence your practice times,’ Jim wrote in the updated edition of Jim Clark at the Wheel. ‘Also, you are not restricted to a particular grade of fuel, as you are in European racing, so it is quite easy to brew up some juice to give you a great deal more power. We tried a nitro mix in our fuel in practice and got ourselves an extra 50bhp but in the race we chose to run on alcohol and play safe. A.J. Foyt, my greatest rival, ran nitro in the race.

‘I found myself in the middle of the front row with A.J. on the pole. Unlike 1963, however, this race was going to be run with different tactics. For one thing, I didn’t expect to change tyres at all during the race; we would stop only twice (for fuel). We had the Wood Brothers from NASCAR and we knew we were going to be able to load 60 gallons in just 16 seconds. Foyt was carrying more fuel — and was using more power to counteract that.

‘I had heard that he had had some gearbox trouble with the car and I guessed that all this extra power and weight might make his car suspect in the race. This is how it turned out.’

Originally the plan had been for Parnelli Jones to drive the second 38, but too many things militated against that in the end and his place was taken by the quiet NASCAR racer Bobby Johns. After accidentally shunting his car before it had even run in anger, Johns quickly endeared himself to the team. He started 22nd and would finish a polished seventh.

On 31 May, after Johnny Desmond had taken his turn to sing ‘Back Home Again in Indiana’, and Tony Hulman had intoned the order ‘Gentlemen, start your engines’, and Pat Vidan had waved the flag to get the event started, Jim jumped straight into the lead. That proved short-lived as Foyt went around him on the second lap, and the spectators settled down to watch a fight between SuperTex and the Flying Scot. But, Jim said later, ‘Foyt wasn’t going as fast as I wanted to go’, and he repassed on the third lap. A.J. had no answer. As Jim opened a gap the race became his to lose.