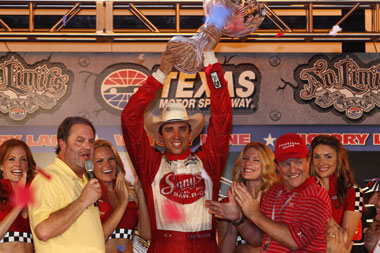 Two years ago Justin scored another superb IndyCar win at Watkins Glen driving one of Coyne’s cars. On that occasion he truly drove the wheels off his car, using every inch and more of the kerbing as he made the rest of the field look like amateurs. It’s one thing to do that on a road course but quite another to do it on a high-speed oval like Texas where the right set-up is essential.

A key to Wilson’s success with Coyne’s little team is engineer Bill Pappas who has worked for a number of top teams in IndyCar and NASCAR. Pappas is like Wilson in that he‘s a cool character, a man of few words who knows how to get the job done. 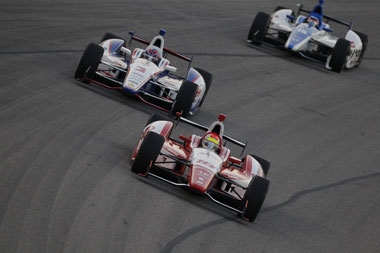 “It’s just fantastic,” Justin said in Texas. “Dale has put so much into making us competitive, so this one is for him and the team. I just can’t believe we managed to pull this off. The car was fantastic and on the long runs it just got better and better.”

Wilson qualified seventeenth in Texas but worked his way methodically through the field and was ready to take advantage of mistakes by Scott Dixon and Graham Rahal. Dixon started from pole and led most of the race only to spin, and hit the wall while Rahal took over the lead in the closing laps before having a big moment with only two laps to go.

Thus did Wilson come through to score his first oval win, yet again reminding everyone how good he is. Over the past 10 years Justin has driven for Minardi and Jaguar in Formula One and for a brace of Champ Car and IndyCar teams. Because of the poor sponsorship climate in IndyCar he’s been unable to land a secure, long-term contract with a top team and you have to take your hat off the Coyne for stepping up and supporting him. 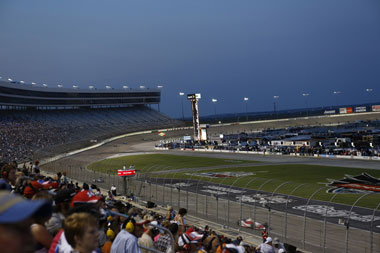 Will Justin’s success in Texas lead to more sponsorship opportunities for Coyne and a better chance for more strong races for driver and team? Let’s hope so because Justin has proven time and again how good he is. If motor racing was a more rational world not driven by big money and sponsors Wilson would be as famous as the likes of Hamilton, Button or Franchitti and would be enjoying the benefits of a number one seat in a top team.

Everyone at Motor Sport congratulates Justin on his Texas victory. We wish him the best of luck for the rest of the season and hope that against the odds somebody like McLaren, Ganassi or Penske would sign a long-term contract with the guy. Seems like a no-brainer to me.