A full 21 years after Juan Pablo Montoya made his Indy 500 debut, the Colombian returns to the grid for this afternoon’s race

With two victories to his name — the first coming in his maiden race in 2000 — from five entries, you might expect Montoya to be lining up on the 24th slot with confidence, as he aims for a third win, as part of the Arrow McLaren SP team.

But between Montoya’s most recent start at Indianapolis and this year, IndyCar unveiled a new universal aero kit for 2018. In fact, Montoya did some of the first tests with the new bodykit back in July 2017 at Indianapolis. However, with the engineering challenges that the new aeroscreen provides, Montoya feels like a rookie again.

“I always do when I come here,” Montoya said. “You try to be as smart as you can and make good decisions and you’ve just got to really trust yourself.

“You want to be really good, but you need to understand what’s really good for this car, I think that’s where I’m a little bit lost. I need to look at some videos, some onboards and things to get a better idea.” 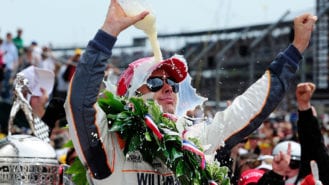 Montoya does have two younger teammates in Pato O’Ward and Felix Rosenqvist to bounce set-up ideas off of, but even that gets a bit interesting at times. O’Ward won the XPEL 375 this year at Texas Motor Speedway, a 1.5 mile oval with speeds that are just a bit slower than Indianapolis. Conventional wisdom would suggest that Montoya would have more confidence since the team won on a larger oval.

“Well, if you look at the way [Pato] drives, not really! I think he can drive […] anything, so he goes, ‘oh it’s okay,’ and he’s okay with the car stepping out and moving and everything,” Montoya said ahead of qualifying. “For me, I haven’t been on an oval for 3-4 years or so, I need to be smart about it, I need to be careful about it, I don’t want to be overly aggressive about it… you don’t want to do something stupid and crash the car.”

In some ways, the 45-year-old sees a bit of himself in O’Ward when he was in CART back in 1999 and 2000. Montoya was always on the edge in whatever he drove, perhaps his most famous example being his pole position lap at Detroit in 1999, and O’Ward’s quick hands while trying to overtake Power at Texas were a highlight.

“It’s pretty cool to see how he drives the car and everything and how comfortable he is with it,” Montoya said about O’Ward. “When you’re young, you’ll fight with whatever they’ll give you. When you get wiser or older, you get really picky about the car, but it makes you a really good technical driver because you really work hard to make sure you get what you want. When you do get what you want, you’ll be the guy like Pato who is fighting with a bad car, so I’m trying to teach Pato a little bit of that.”

Montoya may be playing the teacher role a bit for O’Ward, but he is first and foremost concerned with his own effort. The enormity of the Indianapolis 500 and the experience still captivates the 2019 IMSA DPi co-champion and he enjoys every day at IMS.

“The more you do it, the more you understand how big it is and everything. I really enjoy ovals, I really enjoy being here at Indy, I enjoy the whole experience of the testing and the days and the running and everything. It’s cool, it’s one of the biggest races, or the biggest race in the U.S. so to be part of that and with a team like McLaren, I think it’s really really cool.” 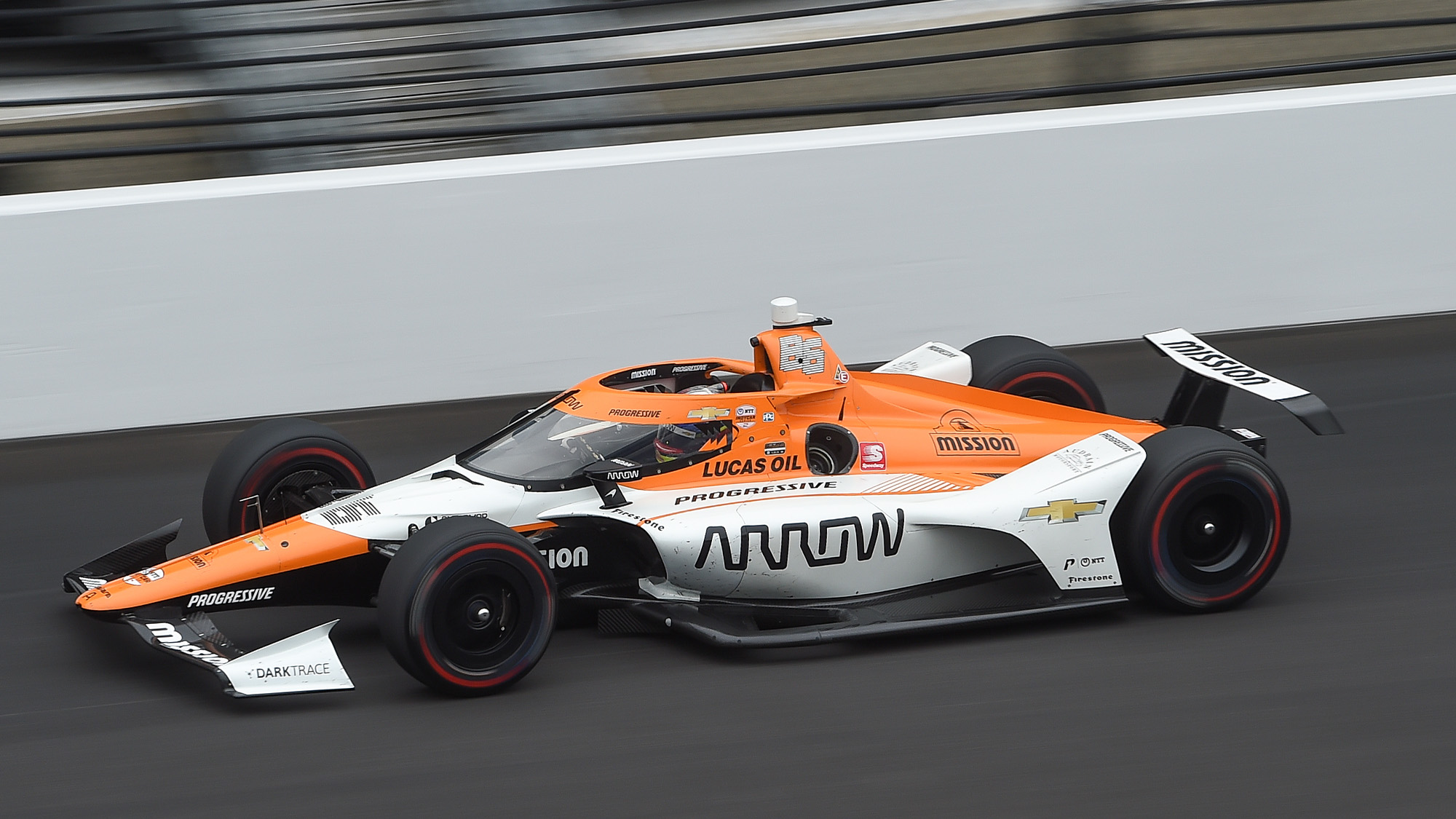 It’s an opportunity that Montoya has been angling at for several years, and has only come about since leaving Team Penske. After racing for Roger Penske’s IndyCar effort full time from 2014-2016 and in the 2017 Indianapolis races, Montoya went to Penske’s IMSA team in 2018.

He wanted to come back to Indianapolis and had an offer to race, but Penske did not want to clear Montoya to join a rival team.

“Honestly, the only reason I came back is because I think [Arrow McLaren SP] got the potential to give me a winning car, and [Penske] didn’t let me run the last few years,” Montoya said after the first day of Indianapolis 500 practice. “It’s the truth. He always — the last two years before this, I said I’m pretty sure [Penske]’s going to say no, but if you want to call, go ahead, and he called and it was like, nah, not happening.”

The “he” Montoya was referring to? McLaren Racing CEO Zak Brown.

“Zak called me again and said ‘Hey, now you don’t have an excuse if Roger says no, do you want to do it,’ and I said ‘yeah, let’s do it,’ and that was it,” Montoya said.

Montoya drove for McLaren in Formula 1 in 2005 and 2006 and Brown has attempted to get the 1999 CART champion into one of his cars for the 500, but Penske’s position is understandable.

Having one of your sports car drivers competing against you in another series at one of the marquee races in the world wouldn’t make a lot of sense, and Montoya wanted to drive for Arrow McLaren SP because he believes he can win and the history McLaren has at Indianapolis. 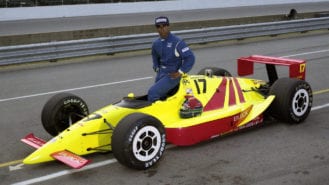 Willy T Ribbs on becoming the first black driver in Indy 500: 'The pressure was unbelievable'

An eccentric celebrity backer, a crack racing squad run on a shoestring and six blown engines – Willy T Ribbs recounts his incredible tale of becoming the first black person to qualify for the Indy 500

In 2000, Chip Ganassi Racing became the first team to cross over from CART to race at Indianapolis during the split with Montoya and Jimmy Vasser competing for the team that had won the previous four CART titles. Montoya led 167 laps en route to winning the 500 that year before Formula One and eventually NASCAR beckoned.

Team Penske called on Montoya for an IndyCar return in 2014. Montoya was on the pace almost right away, winning the 500-mile race at Pocono late in that first season. The following year, Montoya won the Indianapolis 500 after not only dropping to the rear of the field after early race contact, but Montoya bested teammate Will Power in a late-race duel. After finishing last at Indianapolis after a crash in 2016, Montoya raced once more at Indianapolis before stepping away to IMSA.

After a few years away, Montoya has really embraced all the little things about being back at Indianapolis.

“It’s a really cool event, and I think since Roger took over everything looks so much nicer, which is really good,” Montoya said.