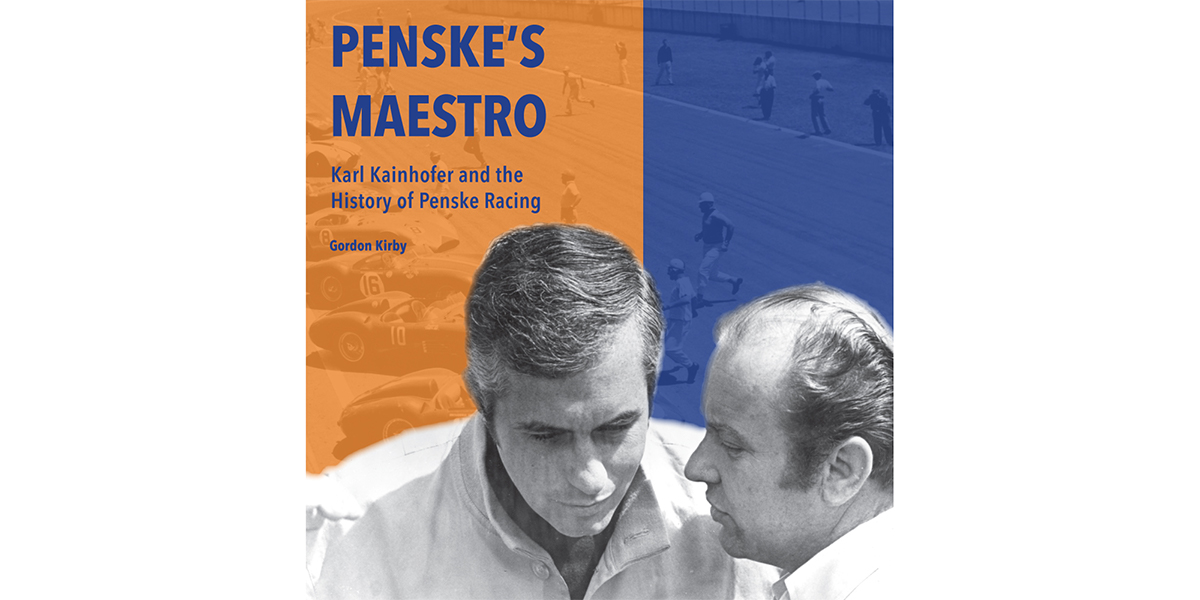 Penske’s Maestro tells the biographical story of Penske’s longtime chief mechanic and engine builder Karl Kainhofer, who ran Penske Racing from its founding in 1966 through his retirement at the end of 1997.

With Karl’s help I was able to interview more than 40 people who worked with him at Penske over the years, so the book also tells the human story of how Roger and Karl built the team from a tiny, three-man group into a huge modern racing operation.

Working with Karl on his biography was a great pleasure. He’s a delightful man, tremendously motivated and focused with a warm, dry sense of humour. In many ways he ran Penske Racing as if it was his own family, building deep, long-lasting bonds with many of his employees.

Karl’s record over 40 years in motor racing says it all. During that time Karl’s cars and engines won 170 of 535 races, a truly remarkable winning record of 31.8% achieved over a long period of time.

In the book Karl discusses why he believes Penske has become the most celebrated team in American motor racing. “Roger understood from day one that you cannot be successful without having the best car if you can have it,” Karl observes. “He was always looking for the best car and obviously he was looking for the best people. That’s the combination you need. From day one he was always moving up and up and up. He started with Bob Holbert’s old Porsche RS Spyder in the winter of 1958 and ‘59 and as soon as he found an RSK he bought that and just moved up as fast as he could.

“And the other thing is we always strived to look better than the next guy. I did that from day one and that’s what Roger wanted too. We always wanted to look good and we always wanted to run all day. He and I always had the same philosophy. I wanted my car looking better underneath than most people’s did on top. If it went upside down I wanted the bottom to look as good as the top and we worked hard at making it that way.

“We weren’t always the fastest but we tried to run all day. That was Roger’s thing from day one. People would give him money to put into race cars because he had a good-looking car, and of course, he tried to perform well. That was his edge from day one. There’s only one winner and the rest are second place losers. I always said second place is first loser. People only remember the guy who wins.

“I worked for Penske for all those years but in all fairness I always felt it was my business,” Kainhofer adds. “Whatever I worked on, whether it was a car, a building or an engine, I treated it like it was mine. I felt my job was to build it up and make it better. The first few years at Penske Racing were very difficult. We had a tiny shop and I tried to save everything I could so there was as little waste as possible. But really, that’s the way I’ve led my whole life.” 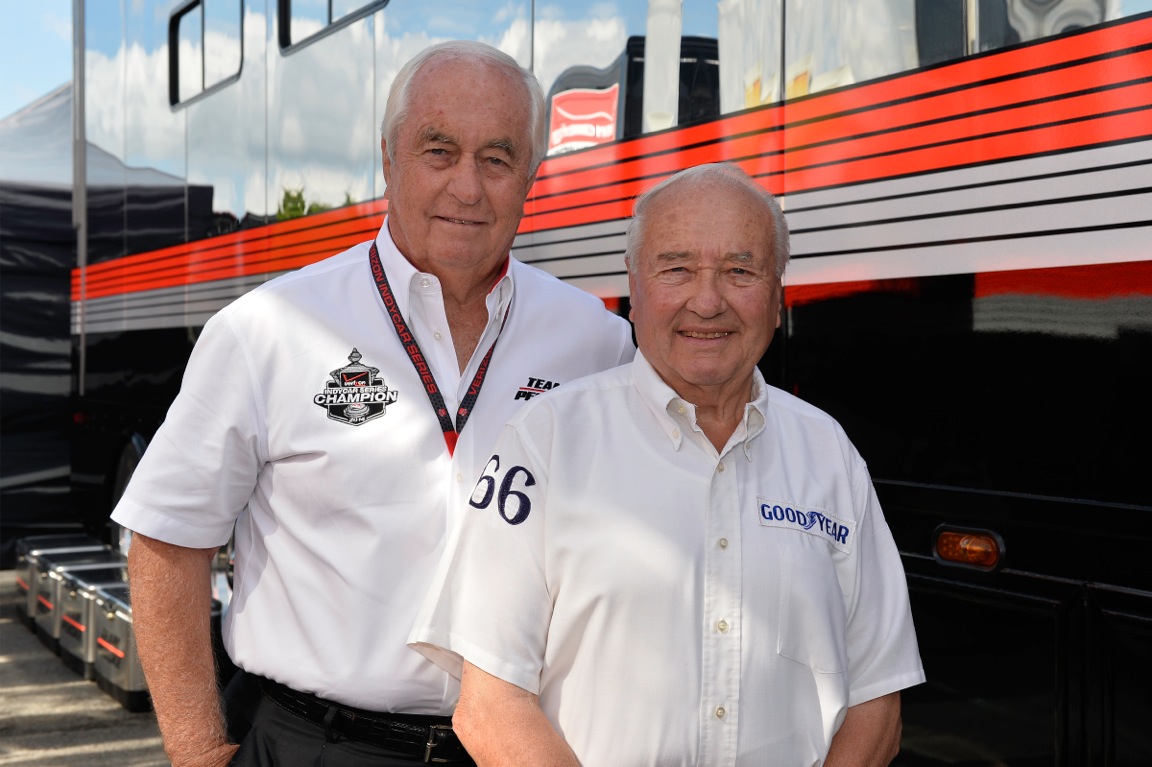 In the book, Penske talks about his early days with Karl. “I first met Karl in 1959 when I was racing a Porsche RSK in SCCA races. Karl was working for Harry Blanchard who was a Porsche dealer in Connecticut and a competitor and friend of mine. I ran some long-distance races with Harry in his car at Elkhart Lake and at Harewood in Canada.

“We had a new engine for the 500-mile race at Elkhart and we flew it from Germany into Idlewild Airport (JFK). We had to get it through customs and drove it to Harry’s shop in Greenwich where Karl put the engine in the car. Then Karl and I drove the car out to Elkhart Lake on an open trailer behind a station wagon.

“Right from the beginning the thing that stood out about Karl was his attention to detail. The cars were always immaculately prepared and the way he set up all the details of the valve train and the carburetors and every part of the car was always so much better than anybody else. With Karl, we always seemed to have an edge.

“Karl was so knowledgeable about Porsches and he was hands-on with every component. He didn’t delegate. He did all the work himself. He was very frugal and he was a tough guy. He expected anyone around him to get the job done and if they didn’t, he didn’t want them around. Nobody would come in earlier or stay later than Karl. He wasn’t afraid to set the standard in every way.”

As Roger says, these attributes are woven deeply into his team’s DNA and are essential to the continuing success of Team Penske and the Penske Corporation. “It was amazing how reliable Karl’s engines were,” Penske says. “His record of reliability has got to be one of the best in the history of motor racing. We won many races and championships thanks to Karl’s engines. And that comes back to his relentless way of working. He would never stop. He was always refining this or that detail from the valve lash to the tension in the drive gears or belts.

“Karl is a special guy. We’ve been in this business for fifty years and you see Karl’s qualities in many of the people we have working on our IndyCar and NASCAR teams today. Like Karl, these guys are focused on their jobs. They’re not interested in the limelight or having their own TV or radio shows. Their interest is in doing the job right and putting the numbers on the board. Karl built a culture around him of quality at the highest level and provided the inspiration for what Team Penske is today.”

‘Penske’s Maestro’ is fully illustrated with more than 400 photographs filling 350 pages. The book is published by Racemaker Press in Boston. You can buy Penske’s Maestro from the Motor Sport shop