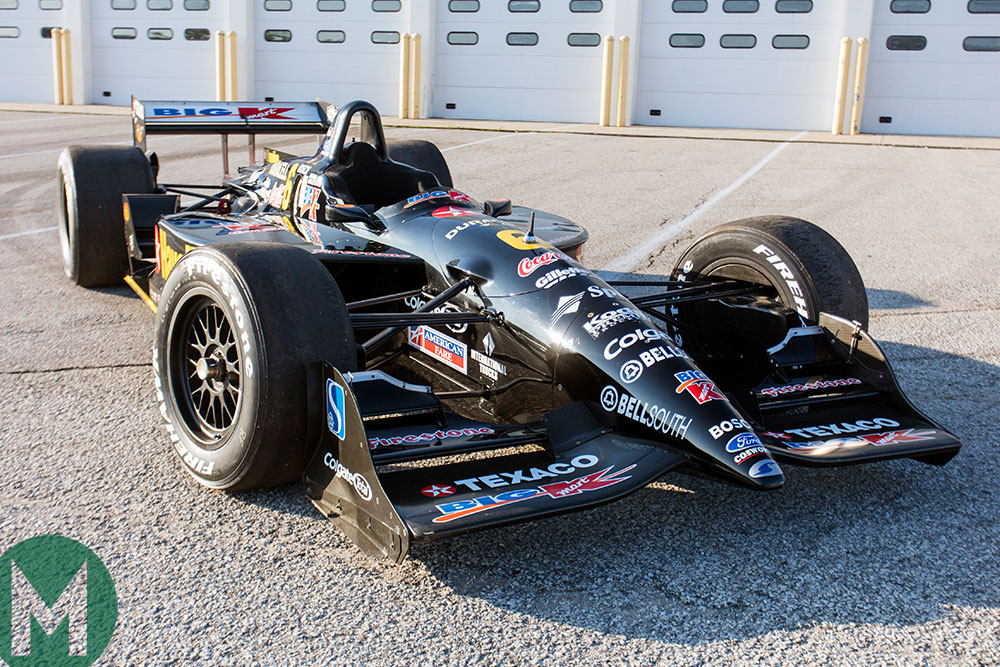 The mid-to-late 1990s Indycar CART era is considered a golden age of racing, with a high-quality field of cars and drivers providing some thrilling action. And a car actually raced for an entire season by the CART era’s most frequent race winner Michael Andretti, for one of CART’s most gloried teams, is heading to auction this Thursday.

The car is Andretti’s 1999 Newman/Haas Texaco-Havoline Swift/Ford-Cosworth; at the Amelia Island sale in Florida on March 7 it’s expected to go for between £76,000 and £110,000. It could provide a bargain too as it’s to be sold without reserve.

With its Swift chassis it’s unusual as well. In CART at the time Lola and, increasingly, Reynard chassis were the way to go. Yet for 1997 the then three-time champion squad Newman/Haas went against the grain by ditching its longtime supplier Lola for Swift Engineering. What’s more Swift was making its debut in CART, and Newman/Haas was Swift’s only customer.

Newman/Haas co-owner Carl Haas was no longer Lola’s USA importer and therefore felt suddenly free to shop around. Further the team liked the idea of being a chassis supplier’s sole recipient – not dissimilar to what its rival Penske had for years with its own chassis.

While Swift at the same time felt ready to make the leap to CART. It was founded in 1983 and its first effort, the DB-1 Formula Ford 1600 chassis, won the SCCA National Championship in its debut year. Swift then swept the Formula Atlantic constructors’ championships from 1988 to ‘92 as well as won the 1990 British Formula Renault series.

Then in 1991 Swift had a breakthrough when it was purchased by driver and Panasonic executive Hiro Matsushita in 1991. This brought more investment and among other things allowed it to build a moving-plane wind tunnel in 1993.

The partnership between Swift and Newman/Haas had an incredible start; six weeks after the car was first tested Andretti won the 1997 season-opening race at Homestead. It wasn’t a portent though, as from then on success was modest.

Andretti only took a win a season for the partnership’s three years of existence – as the CART era all-time record holder for race wins Andretti was used to much more. For 2000 Newman/Haas returned to Lola while Swift withdrew from the series a year later. 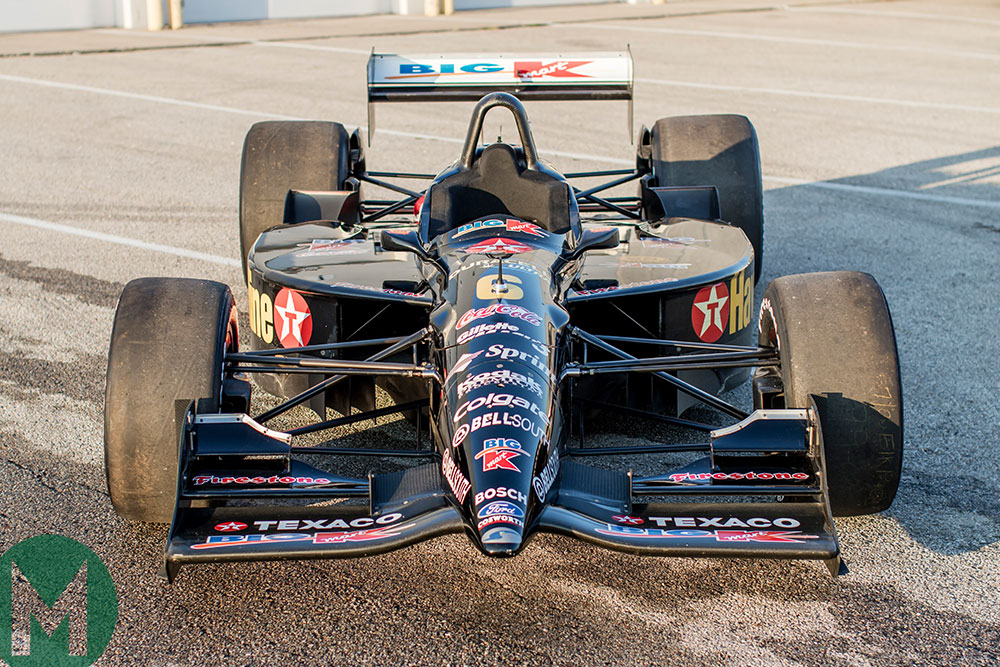 Still, 1999, the year that this very car for auction competed, was the effort’s best year. Andretti again only won once – this time at Gateway – but his consistency including five podium finishes got him fourth place in the final standings in the year made famous by Juan Pablo Montoya pipping Dario Franchitti to the title on the countback. Andretti drove the car going under the hammer in all 20 races that season.

The chassis comes with a 2650cc V8 Ford-Cosworth, capable of 829bhp at 14,500rpm. The Ford-Cosworth V8 turbo the car used in its racing days boasted the highest output of any Cosworth, beating the V10 Formula 1 engine of the time and capable of taking the car beyond 240mph.

After its retirement from CART this car remained active, competing in Europe’s 2004 BOSS Super Cup Series with American Mike Biangardi at the wheel. It two bagged podium finishes before being put into protective storage by its current owner, a noted automobiles collector. Spares are limited but include rear driveshafts and a complete set of wheels.