It is purely coincidence that my annual pilgrimage to northern California just so happens to occur at the same time as the extraordinary Pebble Beach Concours d’Elegance and the many associated events and races.

It really is just a happy coincidence and when the event started to grow into what it is now I was astonished and delighted. The sudden migration of stunning machinery to this beautiful part of the world turned a simple and routine trip to lunch or the shops into a moving motor show – sports and vintage cars of every class, era and price cruising up and down Highway 1 and Carmel Valley Road every day.

Two days ago, as I left the famous Jeffrey’s Diner at Mid-Valley, I was amazed to see an immaculate Ferrari 250 GTO parked, unattended, outside the Safeway supermarket. I saw it again at Laguna Seca during the race weekend and can confirm that it was original and with a rich race pedigree, apparently rendering its value as confusingly between £25m and $55m depending on whether you ask a Brit or an American.

Events here seem essentially to range from the highly organised auctions, concourses and races to impromptu cruises and blasts along and over the infamous Laureles Grade (the curvy and precipitous road that links Carmel Valley to Laguna Seca). The Laureles Grade is a genuine bucket list item for true motoring aficionadas and a ride my young son assures me is “better than Disneyland”. It really is enough just to be here; these wonderful cars are everywhere and even organised events have a uniquely Californian air of relaxed informality and fun. 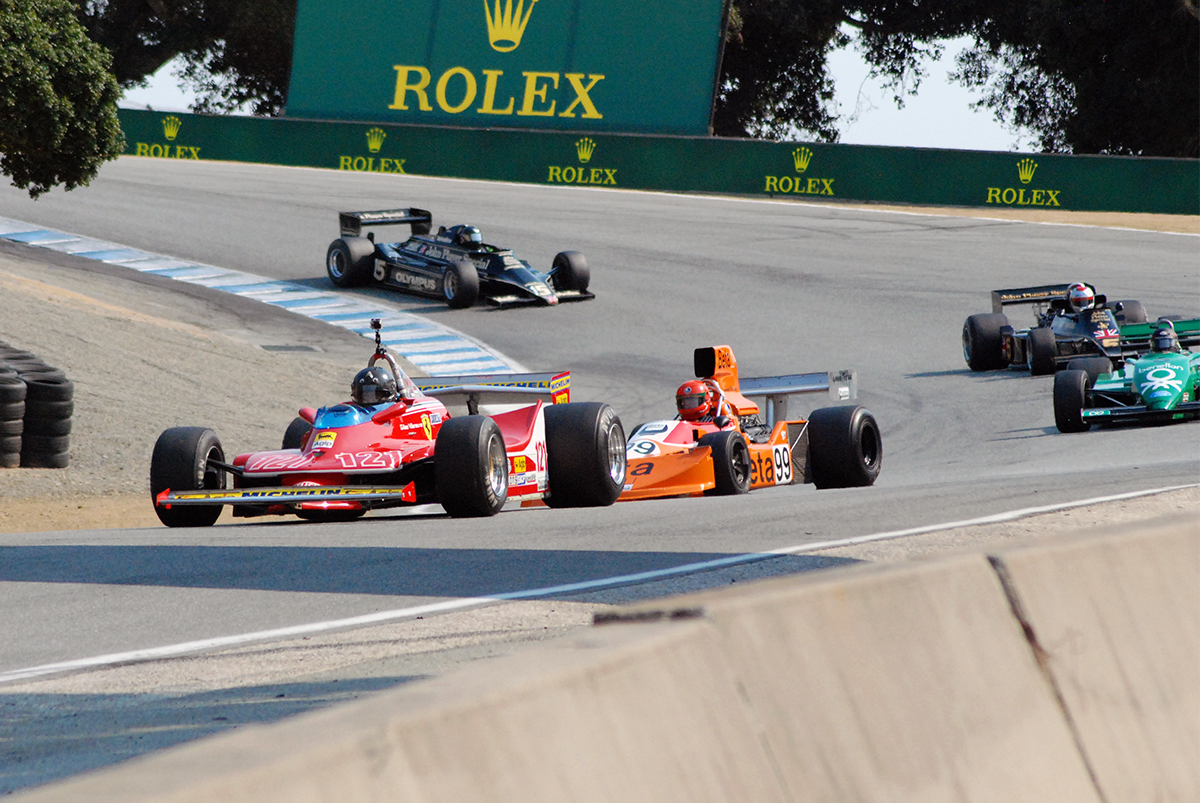 This year I resolved to visit Laguna Seca particularly to watch the historic Formula 1 races and most especially to see the very Ferrari 312 T4 driven by Gilles Villeneuve during his battle with Rene Arnoux at Dijon in 1979. I came across it sitting in the paddock before its race, utterly magnificent in its inert malevolence, and I stood in silent reverence; genuinely moved and awe-struck to be in its presence.

Its nearest neighbours included a seemingly vast herd of Lotus cars from the late 1970s including several 77s and 78s in various configurations, an immaculate 79 and a (still) wretched-looking 81. Not far away were Williams FW07s, Tyrells, Marchs and Shadows

The historic racing itself, at least in terms of results and actual racing, always seems a bit of an absurdity. Yes, they are magnificent parades at speed and if you’re very lucky some of the power units might start reaching the upper limits of the rev band, but by no means is this racing. It matters not at all, though, and I enjoyed every moment of the parade (reported on elsewhere), even convincing myself that I’d seen a slide or two on the exit of the Corkscrew.

True racing or not the F1 folk put on a magnificent show and on more than one occasion I was informed that for many it was the very first time they’d seen F1 machinery “in the flesh”. For me it was a glorious opportunity to revisit memories from when I first fell in love with Grand Prix racing.

Laguna Seca is a wonderful circuit to visit. Located atop a ridge overlooking Monterey to the west and the Sainas flatlands to the east, its immediate proximity to Monterey airport and enough high-end restaurants and hotels to shame most European F1 destinations, it astonishes me that it’s not used more by the major series and championships. But it is also delightfully relaxed and friendly – a MotoGP weekend there has an air of Donington or Oulton Park in the 1970s. Is there any higher praise? 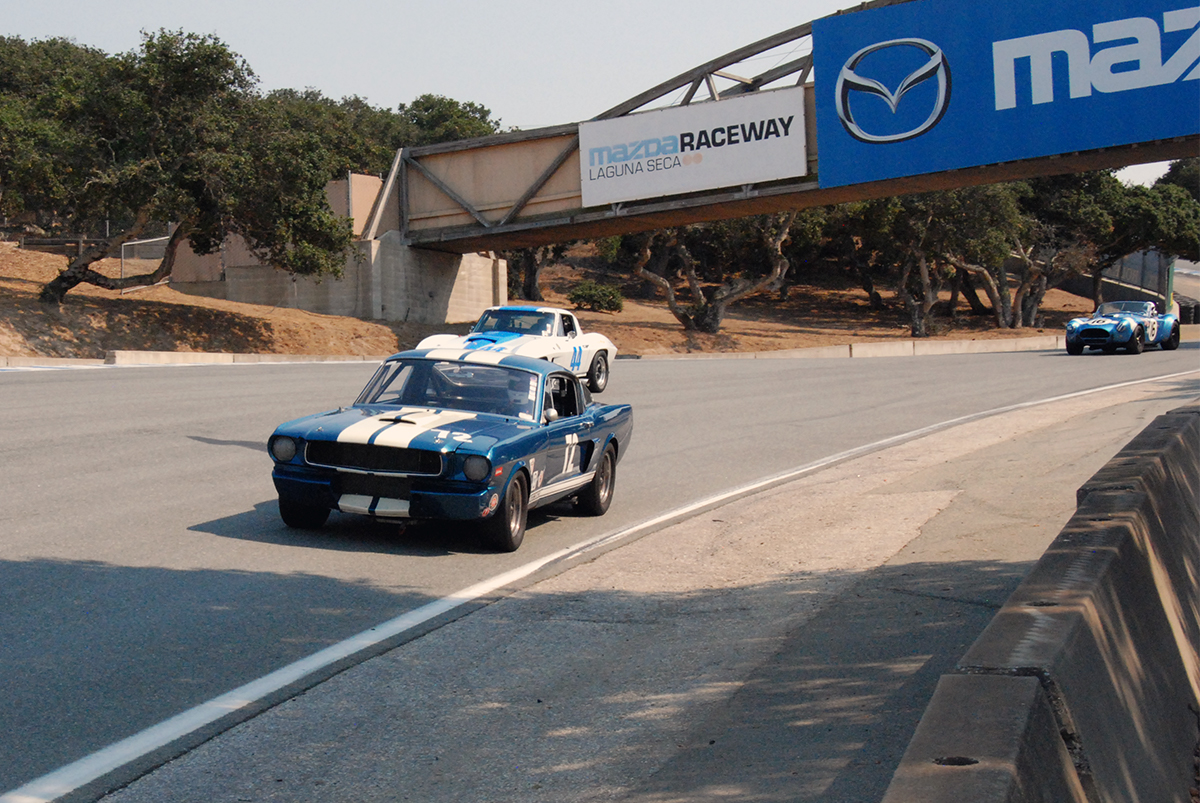