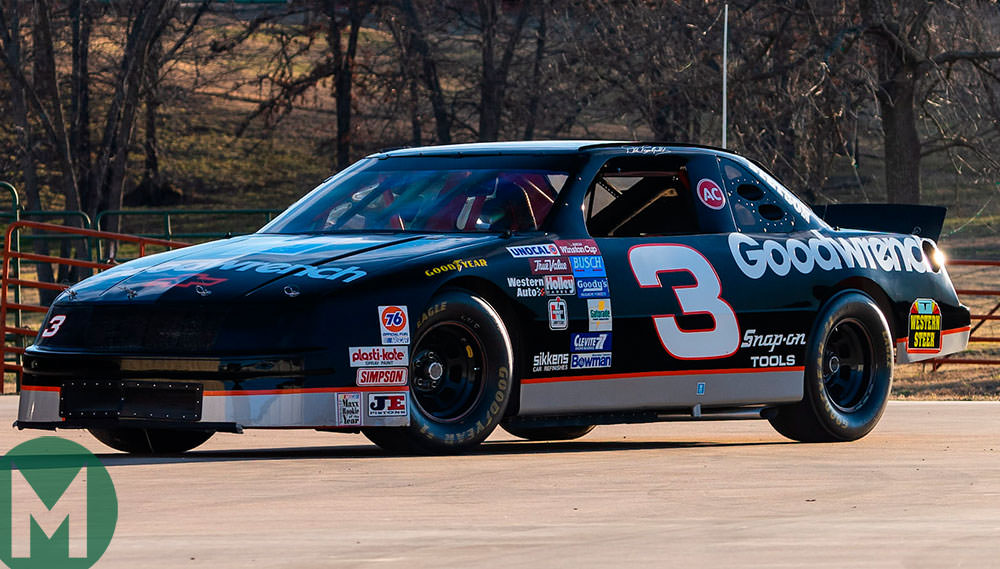 Only three drivers are ‘seven-timers’ in the world of NASCAR: Richard Petty, Jimmie Johnson, and Dale Earnhardt Sr.

And it’s Earnhardt whose memory is celebrated at almost every NASCAR race, with the tragedy of his death in the 2001 Daytona 500 etched into the psyche of every NASCAR fan watching it that day.

He was, as many champions are, a divisive figure – and it’s no wonder that a driver nicknamed ‘The Intimidator’ split opinion with his aggressive on-track manner.

This isn’t your average rolling stock car chassis. This is the stock car that clinched Earnhardt’s record-equalling seventh NASCAR Cup Series (then Winston Cup), when he finished second at the Atlanta 500 in the season finale to beat Mark Martin and Rusty Wallace to the title.

Not only did that championship make Earnhardt a legend, it also cemented the no3’s place in history.

For an estimated $125,000, Mecum’s auction also features a 1989 Chevrolet Lumina – unrestored – that Earnhardt ran at Watkins Glen and Sonoma and the orange Wheaties/Goodwrench car that Earnhardt ran to fourth in the 1993 All-Star Race at Charlotte.