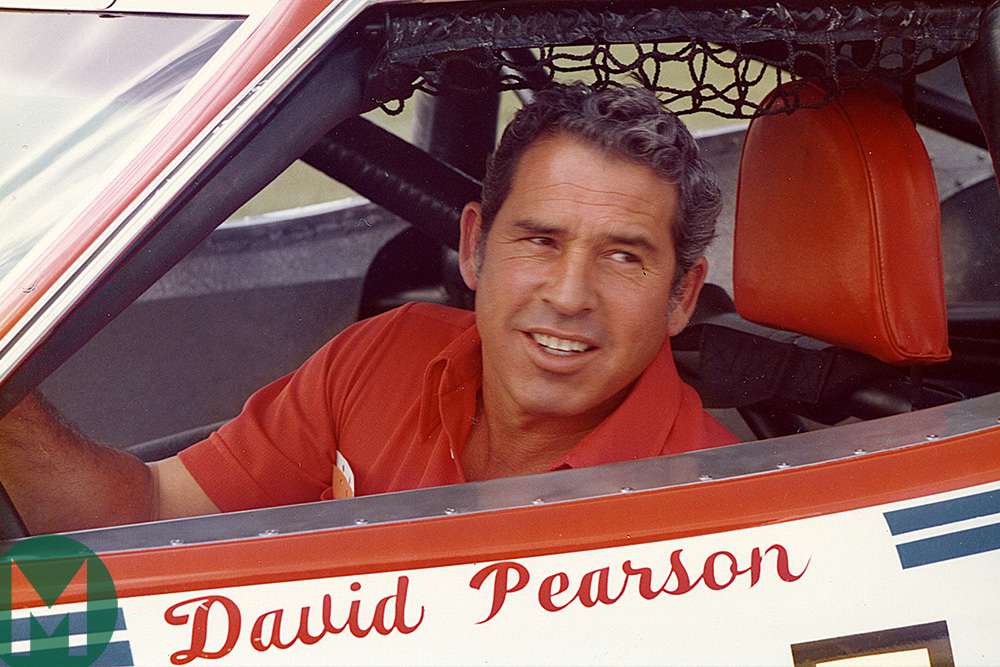 That’s because this showdown had everything: Mopar versus Ford; North versus South Carolina; STP versus Purolator!

Stewart half-joked that he’d feared for his safety. Yet this bloodletting never spilled onto the track.

Not when Pearson threw up an arm ‘in retirement’ to trick Petty into ceding the draft on the last lap of the 1974 Firecracker 400. Not when Petty, many laps in arrears, helped a rival chase down Pearson at the 1975 Daytona 500.

The latter remains the most dramatic finish in NASCAR’s history – yet Pearson calmly talked his spotter through it, pressing the transmit button on his harness as he fought the spin and booted the clutch.

Petty, steaming 20 yards short of victory, held his hand up: his 190mph calculation had been out by 6 inches. Besides, he had five wins already (with two more to come) at this famous race – and it was right that Pearson should have one.

It hurt less when it was Pearson who beat him. The only consolation of having ‘Little David’ grow large in your mirror during the closing stages, Petty explained, was that it likely meant you were running at the front.

There was friction – rubbin’ is racin’ – but theirs was a rivalry built on mutual respect.

Nobody could drive Darlington – ‘The Lady in Black’ supposedly too tough to tame – like Pearson.

That’s not to say they were soulmates. Petty enjoyed his fame, painted it blue and copyrighted it. Pearson was good-humoured and mischievous – ‘21 Forever’ according to the Wood Brothers – but reticent in public.

‘King Richard’ was NASCAR royalty long before his coronation; his family’s business, he was born to it.

So, too, was Pearson. It’s just that he didn’t know it. Yet.

Keeping his modified 1940 Ford hidden from his mother’s sight, this David was content to sling stones on local dirt tracks.

Thankfully, friends and admirers were not and Pearson became NASCAR’s 1960 Rookie of the Year in a self-prepared Chevy that their nickels and dimes helped buy; his father stumped up the rest.

Petty’s father Lee was already the first three-time Grand National champion, but although Richard – 1959’s Rookie of the Year – opened his victory account in 1960, Pearson, the elder by 31 months, would become NASCAR’s second three-timer.

Despite a sensational victory as a late replacement in a Ray Fox-run factory Pontiac at Charlotte’s World 600 of 1961 – plus wins at Daytona and Atlanta – Pearson didn’t consolidate until a 1963 full-time deal on a handshake with fellow Spartanburger ‘Cotton’ Owens.

Their winning in Dodges began in 1964 – eight from 61 starts – the season that Petty netted his first title, with nine wins from 61.

Petty’s remarkable 27 from 48 of 1967 put that in the shade – but the greatest campaign undoubtedly benefited from Pearson’s surprise April falling out, over something and nothing, with Owens after 27 wins together.

All bar the last two of Petty’s 200 wins were achieved with the family team. Though that, too, had its pressures, it provided a security denied others.

Thus Pearson was relieved to catch a break.

‘Golden Boy’ Freddie Lorenzen, fast and quotable, had inexplicably followed his NYC stockbroker’s advice and quit Ford’s number one outfit Holman-Moody. Pearson got the gig and won back-to-back titles – with 27 victories to Petty’s 26 – in 1968-‘69.

The latter was his last full campaign.

Ford’s firebrand V-P Lee Iacocca slashed the motorsport budget by 75 per cent for 1970 and Pearson left the stump of Holman-Moody when it suggested that he take a 10 per cent cut for 1971.

He had got his foot in the Wood Brothers’ door instead and kicked it wide first time out with a dominant win from pole at the 1972 Rebel 400.

Nobody could drive Darlington – ‘The Lady in Black’ supposedly too tough to tame – like Pearson. He claimed 10 victories there and made it look easy – as embellished stories of his smoking during races suggest.

There was a lighter on the dash – but he reached for it only during caution periods. Butts were, however, casually flicked during races; anything to wind up Buck Baker! 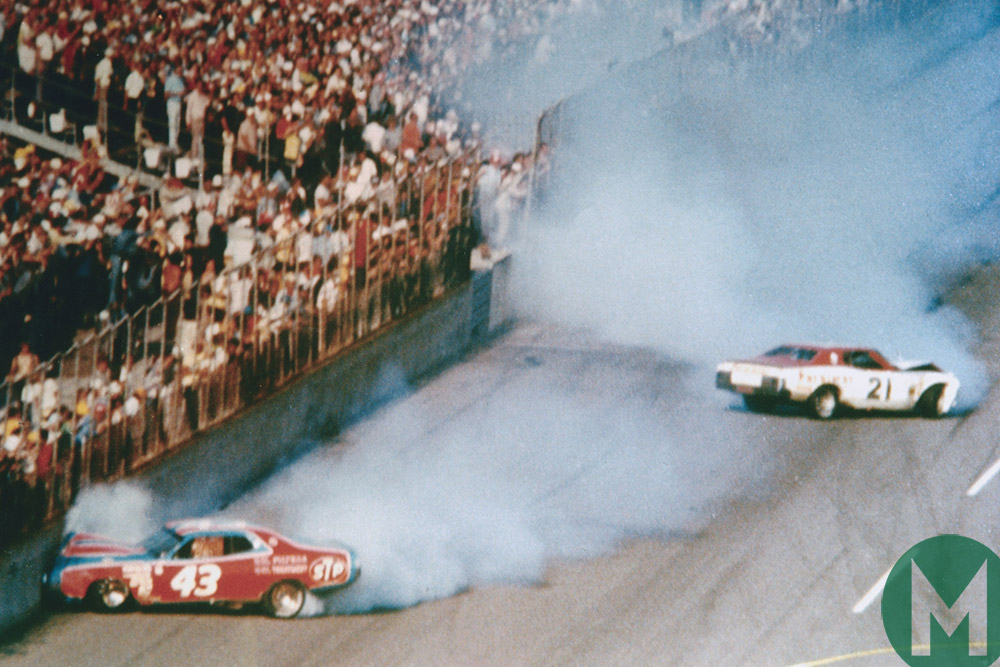 In a bid to halt Pearson’s string of pole positions at Charlotte, entrepreneurial track manager ‘Humpy’ Wheeler subtly tweaked a turn. The wrong one, as it turned out: Pearson would, by 1978, extend a remarkable sequence to 11.

Clearly he had the speed – 113 poles to Petty’s 123 – but a sixth sense for pacing and other people’s incidents led him to play a waiting game in races, preserving mind and body, machinery and tyres.

The last lap was what mattered.

These often boiled down to a battle against Petty: they finished 1-2 on 63 occasions. In a rivalry crammed with startling statistics, this is the most astounding.

Pearson got the better of these – 33 to 30 – but there was a barely a coat of Petty Blue between them.

Pearson’s eight seasons with the Woods brought 43 wins. That just one was scored at a short oval is indicative of this Virginia-based Ford outfit’s expertise and focus.

That three were won on the Riverside road course was indicative of Pearson’s all-around ability.

He didn’t want to retire – he contested just 55 races after his final win and set pole at four of them – but recurring back spasms pulled him up short at 51 in 1986.

It was suggested that he was content with three championship rings – one for each son. But while it’s true that sometimes he had to be coaxed from poolside to trackside – he didn’t need to practice but the car did! – he expressed regret.

His assessment that he might have won three or four titles more was far from boastful.

There is, of course, no need to speculate about Petty. He had more opportunities than did Pearson – and extracted every last drop of STP from them.

But it’s not just sheer weight of numbers – 200 wins to Pearson’s 105 – that gives ‘The King’ his authority. It’s his personality and charisma, too.

Petty is the gold standard by which the reclusive and smart ‘Silver Fox’ can be measured.

Motor Sport extends its condolences to the friends and family of David Pearson.

The NASCAR Cup series has announced it will hold its inaugural street race next year, and that it will be held on the streets of Chicago