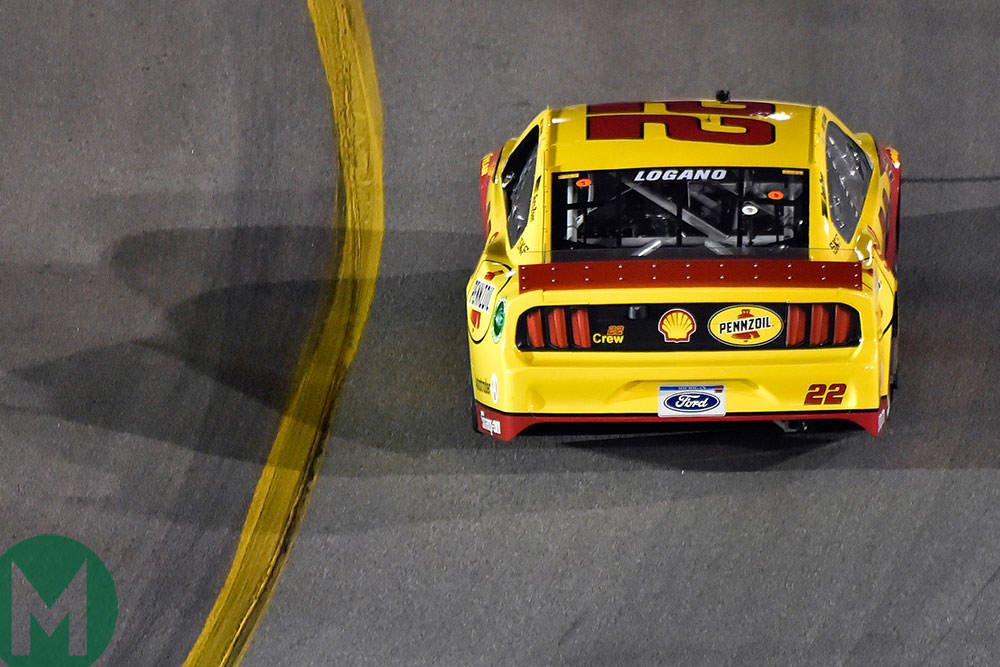 Ford Performance global director Mark Rushbrook says that he wants the next generation of NASCAR stock cars to be more ‘technically relevant’, with new steering and suspension systems. And he wants hybrid power to be on the cards when the package makes its debut in 2021.

Development on the ‘Gen 7’ package has begun this season with a higher-downforce package with restricted horsepower at the majority of circuits, and more next-gen parts will be used at the All-Star Race on May 18, at Charlotte.

Rushbrook says he wants more road-relevance from NASCAR’s Gen 7 package, which NASCAR hopes will attract other manufacturers apart from Ford, Chevrolet and Toyota. He recently confirmed to Autoweek that Ford would withdraw its support for the GT in the World Endurance Championship and IMSA.

“We’ve been involved in a lot of detail with NASCAR on that and we’re very excited about the potential that car can bring to the racetrack, not just to make the racing better and more engaging for the fans but also for us to have a car that’s more relevant with similar road car technology in all parts of the car, suspension, steering power train and body.

“A lot of it is in the areas I touched on in terms of the technical relevance or the architectural relevance, such as putting in independent rear suspension, or updating the steering system to rack and pinion or potentially electric rack and pinion.

“Maybe as important or more important are changes to the body styling to make the car look even more like the street car – not that we expect or want it to be exactly the street car.

“As excited as we are with how our new Mustang looks on track this year, we think that some rules changes can be made to allow the race cars to even more closely represent the street cars.”

The current package is the sixth generation of NASCAR stock cars, having been used since the 2013 Daytona 500 onwards. It followed the ‘Car of Tomorrow’ (CoT), the car NASCAR sanctioned for safety reasons after the death of Dale Earnhardt in 2001.

The Gen 6 package uses carbon fibre and Kevlar in its bonnet and rear, with manufacturers producing the rest of the body parts themselves from sheet metal. Furthermore, it uses double wishbone suspension at the front and trailing-arm suspension at the rear.

As for steering, it does utilise power steering as the cars weigh 3250lbs – 1474kg – but the stock cars use recirculating ball steering rather than rack and pinion.

More: How NASCAR is nipping at F1’s technical heels

The package was brought in to make the cars resemble their road-going variants more than the CoT.

“I believe that it’s created some really good races,” says Rushbrook. “We’ve got some fantastic teams, driver sand personalities out there and it’s created a lot of good racing and exciting racing and some finishes that maybe we didn’t expect, but so far so good, I think.”

Of course, with other series and championships such as World Rallycross, the World Endurance Championship and the British Touring Car Championship already exploring electrification, Rushbrook wants the next generation of NASCAR to follow suit.

“And I think with the shift towards hybrid in a lot of our road cars, the power train needs to have the potential to support hybrids in NASCAR.

Doug Yates, who runs Ford engine supplier Roush Yates, said in February: “When we open up the hood five or 10 years from now, it needs to look different than it does today, and it needs to look more production-based, and that’s exciting. There’s a lot of questions there. The main one is, what does that cost? What are the financial implications, but if we can work together with NASCAR and the other OEMs to make a smart step forward — and that may include electrification on these cars at some point — I think that’s something we need to embrace as a sport.”

The All-Star Race will introduce Gen 7 parts such as a single-piece carbon fibre splitter at the front for stability, and radiator parts that exit through the bonnet instead of the engine, improving engine cooling.