Juan Pablo Montoya clearly left an indelible mark on Formula 1 before leaving for NASCAR seven years ago. His name crops up frequently here on Motor Sport’s website, but fast and exciting as he was, Juan wasn’t proper F1 material. His insouciance and general way of living weren’t suited to either Williams or McLaren, particularly the latter, and Montoya found a much more agreeable environment in NASCAR with his old friend Chip Ganassi. 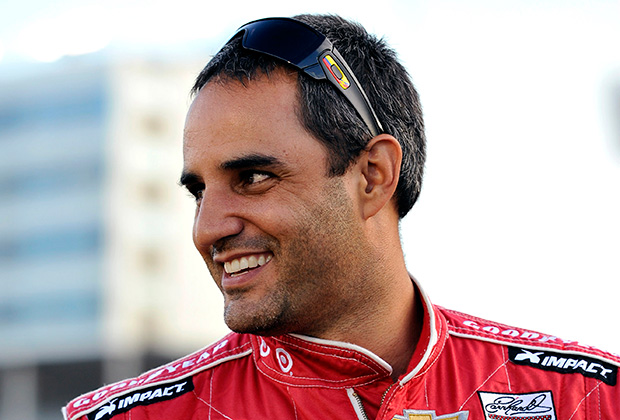 Juan and Chip have a special bond, going back to JPM’s formative days with Ganassi’s CART team in 1999 and 2000 when he blitzed the championship in his rookie year and smoked off the IRL drivers and teams the following year in his only Indy 500 start. Despite Montoya’s relative lack of success in NASCAR over the last seven years – he’s won only two races, both on road courses – he’s enjoying life and negotiating with Ganassi this summer for what probably will be the final contract of his racing career.

At the end of 2011 Ganassi made some big changes to his NASCAR team’s management and engineering group, resulting in a very lean 2012 season. This year has been better however although Montoya remains more a mid-fielder than a frontrunner.

“Last year was hard because it was a late change so the aero program was behind,” Juan told me a few weeks ago. “Everything was way behind. The new people that came in had new ideas so we tried a lot of different things and that took a long time to work through. I had a new crew chief last year and it was hard at the beginning but it’s come a long way. We all get along well and we understand what needs to be done and that really makes life easy. 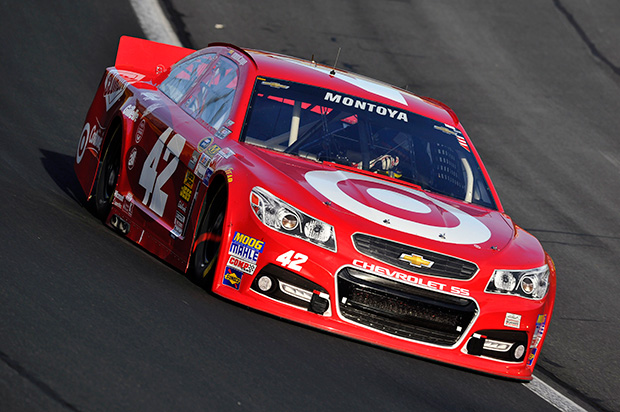 “I feel we have a fifth to 10th-placed car when everything is going good but when we miss the set-up we’re 15th to 18th. So we’re still missing that last little bit to make ourselves a winning team. But I think everything is in the right place right now.

“I think we’ve had a couple of shots to win this year and we’ll have a couple more. I think we’ll get it done. If we can get a win or two, the whole season can change around. It’s a lot of little things. We tested at two tracks and I finished second at one of those and fourth in the other and we should have won the frigging race.” 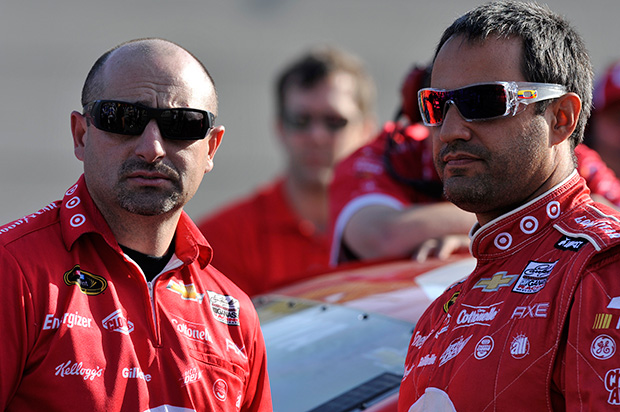 Montoya emphasised that NASCAR is the world’s most competitive form of big time motor racing. “You don’t understand how competitive it is until you get out there,” he observed. “You don’t have 20 cars here. You have 43 and most of the drivers and teams are bloody good. And you have Hendrick with four cars, Gibbs with three cars, Roush with three, Childress with three and Stewart-Haas with three. By the time you count Penske and all the top teams you have 25 cars.

“People don’t appreciate how deep the field is. It’s very close, but a better car is still a better car. Everybody works hard on their cars but the window that you can work on is a lot smaller here. In Formula 1 it’s a lot bigger so if you find something it can make a bigger difference.”

In NASCAR, without the use of any cockpit controls, the driver must adapt his line and technique to the changing track conditions that inevitably occur over a 500-mile oval race. “In Formula 1 you can change the front wing and make a lot of changes from the cockpit that the fans don’t see,” Montoya pointed out. “It’s not like when we come into the pits in NASCAR and they move the track bar or change the wedge in the car. The driver has to adapt to the car.” 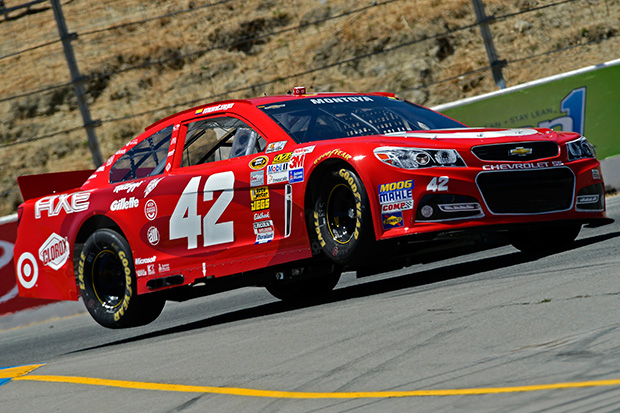 Montoya expects to finish his racing career with Ganassi’s NASCAR team and ultimately hopes to retire with a winning record. “We’re working on a new contract. I’m sure we’ll get it done before the end of the year. I want to keep racing here for a few more years. I want to succeed and win here before I do anything else. It’s a little more down to racing rather than politics in NASCAR and that makes it a lot more fun.

“I don’t mind doing 38 races. We don’t have the simulators. We did so much work with them in F1. Here, it’s much more about going racing and I enjoy that.”

As pure a racer as you can find, Montoya is loving life in NASCAR.