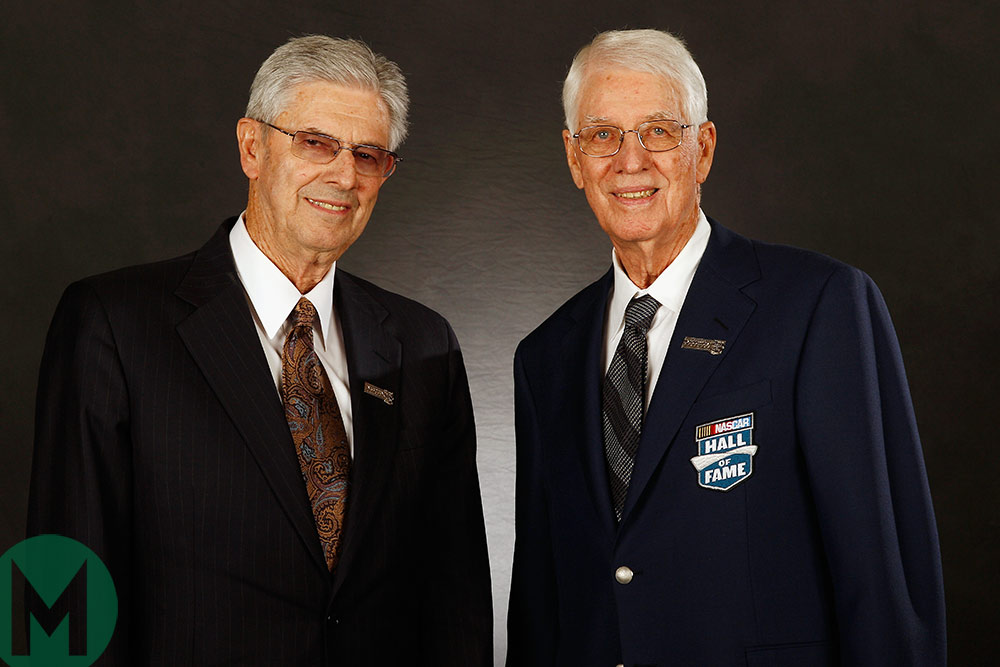 Glen Wood, co-founder of the oldest active team in the NASCAR Cup Series, has died at the age of 93.

Along with his younger brother Leonard Wood (pictured above, left), he founded Wood Brothers Racing in 1950. The team soon adopted the famous no21 that Paul Menard will continue to campaign in the 2019 NASCAR Cup Series.

The older brother first raced at Morris Speedway, Virginia – in the team’s home state – in 1950 and went on to win four races at Daytona Beach among other victories.

His Grand National (now Cup Series) career finished in 1964 when he decided to run the team, and Glen was inducted into the NASCAR Hall of Fame in 2012 as well as in 1998 was named as one of NASCAR’s 50 Greatest Drivers.

“When you start thinking too much about wrecks and high speeds, it’s time to quit.” – Glen Wood

“We put no50 on the side of the car because it just seemed like the right thing to do. Now here we are 50 years later.”

Glen’s family members, including Leonard, engineered the car and worked in the pitcrew during the team’s early years. Glen retired in the 1980s, with his sons Eddie and Len, and his daughter Kim, taking over team management.

The team moved to Charlotte, North Carolina, at the end of the 2003 season and has won a race in every decade of its existence.

Wood Brothers Racing scored its 99th NASCAR Cup Series at Pocono in 2017 with Ryan Blaney at the wheel, who now drives the no2 for Team Penske, with which Wood Brothers has a technical alliance.

‘It’s with profound sadness that we mourn the passing of team founder and family patriarch Glen Wood this morning,’ read a statement from Wood Brothers Racing on Twitter.

‘We want to thank family, friends, our small-town Virginia community of Patrick County, as well as everyone in the NASCAR community for their unwavering support.’

Motor Sport extends its condolences to Glen Wood, his family, and friends