Is the France family selling its NASCAR stake amid a seemingly irreversible decline? 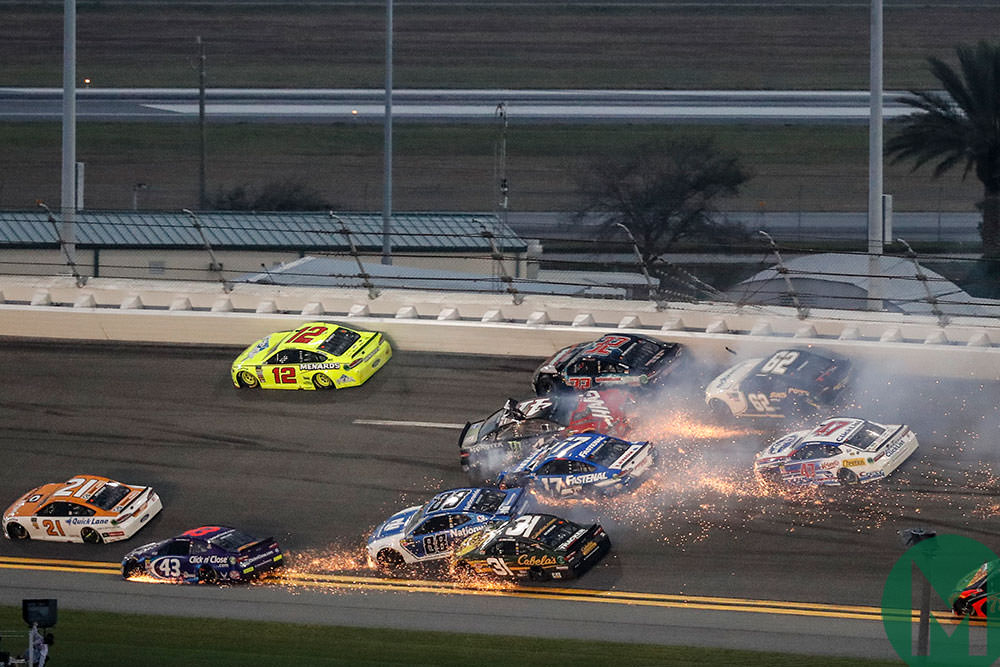 Reports that the NASCAR’s founding family, the France clan, is looking to sell its stake in the stock car racing premier league are rife. According to Reuters, the France family has asked Goldman Sachs to explore a sale of its NASCAR holdings.

The family has been in control of NASCAR for more than 70 years, ever since Bill France Sr legitimised stock car racing in 1948. His grandson Brian France is the current chairman and CEO and Bill Sr’s son Jim France is vice chairman and executive vice president, while also chair of sports car racing body IMSA.

But make no mistake: NASCAR has been spiralling into decline for years.

Bloomberg reported in 2017 that revenue from NASCAR-owned circuits has declined by up to 52 per cent from 2005-16. In that period, International Speedway Corporation (ISC) tracks, founded by Bill France Sr in 1953, and owner of venues such as Daytona International Speedway, Watkins Glen, Michigan and Richmond, has reported a decline in revenue from a peak of $253.7m in 2007 to $123.5m in 2016. In 2017, that figure reduced again to $121.5m.

Reuters reported that ISC blamed its 2017 drop in revenue of 1.6 per cent “substantially” on NASCAR events.

ISC owns 12 of 23 NASCAR Cup circuits in 2018, holding more than half of all NASCAR Cup races, and has Jim France as its chairman and Lesa France Kennedy –  granddaughter of Bill France Sr – its CEO. It takes 90 per cent of its revenue purely from NASCAR events. But NASCAR itself doesn’t own the venues, because ISC is a publicly traded company.

That nepotistic chain of command has led team figureheads such as Richard Petty to question its leadership.

“Brian [France is] probably doing what he needs to do while we’re over in the garage wondering if he’s even paying attention to the racing. We know what we’re after, but we don’t know what he’s after,” Petty said to Autoweek in 2016.

The France family is generally quite secretive, doing little to quell concern over the future of the sport. A memo, leaked to the Associated Press on Tuesday, was vague on the direction of its leadership.

‘The France family remains dedicated to the long-term growth of our sport. For over 70 years, the France family has worked hard to invest in the sport of NASCAR, including our recent acquisitions of ARCA,’ it read, explaining how NASCAR recently purchased lower-tier racing competition, the Automobile Racing Club of America.

Discontent has spread to fans as well, who have voted with their feet – reflected in the spiralling revenues of ISC. The numbers continue to be the most damning statements on NASCAR’s management.

Television ratings have mirrored that decline in revenue for ICS. Since 2005, according to TV ratings authority Nielsen, NASCAR viewership dropped 45 per cent from 2005-16, with every race this year down on ratings compared to 2017.

The Winter Olympics clashed with February’s Daytona 500, supposedly diminishing viewership figures for the season opener, but all of the other races were down by up to 38 per cent in viewership from 2017 (Texas) and by up to 41 per cent from 2016 (Fontana).

Circuit attendances have also slumped. Tellingly, Daytona International Speedway cut its grandstand seating by 31 per cent to 101,000 in a $400m renovation project in 2013, which once again reflects the challenges NASCAR faces in selling tickets.

The recession of 2008-09 didn’t help, as most of NASCAR’s fans live in the Midwest and South of America – areas hit particularly hard during the crash. A lack of disposable income for NASCAR fans – around 35 per cent of them earning less than $40,000 a year compared to 26 per cent of NFL fans (according to Nielsen) – means that hotel rooms, food costs and ticket prices, suddenly seem out of reach.

High-profile driver retirements haven’t helped: Dale Earnhardt Jr, voted NASCAR’s most popular driver from every year since 2003, and Danica Patrick, a powerhouse when it comes to self-promotion and acquiring sponsors, have both recently quit.

Teams have struggled to acquire sponsorship, as companies rely on drivers to make public appearances in NASCAR and plug their brands in person, in interviews and on social media.

Bubba Wallace, driver of the famous no43, has bucked that trend and attracted numerous sponsors since joining Richard Petty Motorsports, such as the US Air Force, real estate broker Click n’ Close and food giant Smithfield. However, drivers such as Daniel Suarez lost his deal with Subway – though the fast-food chain cited a breach of contract – and Mat DiBenedetto lost sponsorship earlier in the year for his backmarker squad GO FAS racing. After an appeal on Twitter, he managed to bring mobile phone game developer Zynga Poker on board for his next race, and fellow drivers Denny Hamlin and Kevin Harvick each gave him $5000.

Monster Energy took on the role of title sponsor when Sprint’s 10-year $750m ended, but it isn’t keen on renewing its $20m-per-year contract when it expires in 2019.

It’s a sorry showing, emblematic of a wider decline in sporting attendances and conventional sponsorship routes, a general lack of interest in cars by the coveted 18-34 demographic, and, perhaps a lack of interest in a sport long seen as an archaic haven for the Good ol’ boys of the South.

Stage racing, which broke each race up into three parts with a mandatory caution in between each stage, was a change implemented in 2017. And while it may have made some races more exciting, introducing a strategic element as teams can decide to pit under caution or stay out and gain places, it has alienated some fans.

Long-standing fans are far less supportive of changes in their beloved sport. But it has, however, given broadcasters a concrete timeframe to show adverts, albeit to a falling viewership.

But television is where the France family’s greatest strength lies right now.

A TV deal struck with FOX in 2012 gave NASCAR $3.8bn across eight years – a 30 per cent increase over its previous arrangement. Similarly, NBC beat ESPN to broadcast rights worth $4.4bn across the 10-year period beginning 2014.

With a recent drive towards fantasy sports, viewership could see a small boost as punters pay more attention to their chosen sports – a move Formula 1, NFL and the Premier League have also made.

Any potential new owner could see that TV deal as a steady stream of revenue as it prepares to move NASCAR broadcasting to a pay-per-view format, much like Liberty is doing with F1.

And a change of ownership could well benefit NASCAR, especially given the France family’s divisive, closed-off leadership and PR moves – Brian France’s endorsement of Donald Trump in 2016 was divisive, especially after NASCAR second and third-tier competitions withdrew their 2015 award ceremonies from a Trump resort in Florida after he made derisory comments about Mexican immigrants.

There has been no comment from NASCAR on the rumoured sale, apart from the statement leaked earlier this week. We’ve reached out to team representatives, who are also tight-lipped on the potential sale of the France stake in NASCAR.

The jury is out as to whether the reports will be addressed when the circus hits Kansas for its next race this weekend. Will France and co. leave the sinking ship soon, or will the band continue to play?