NASCAR’s long season kicks off next Sunday with the 55th running of the Daytona 500. Practice and qualifying started last weekend and continue this week with a pair of 150-mile qualifying races on Thursday. There’s also a 250-mile Truck race on Friday night and a 300-mile Nationwide race on Saturday afternoon with the 500 starting at 1pm EST on Sunday.

Daytona is one of four restrictor plate races on NASCAR’s schedule with power restricted to less than 500 bhp so that everyone runs flat on the throttle all the time. As the drivers always say, when it comes to running alone on a qualifying lap it’s all about the car rather than the driver. Most of the 43-car field will line up in order of their finish in Thursday’s qualifying races but pole position and the outside front row starter were determined last Sunday afternoon. 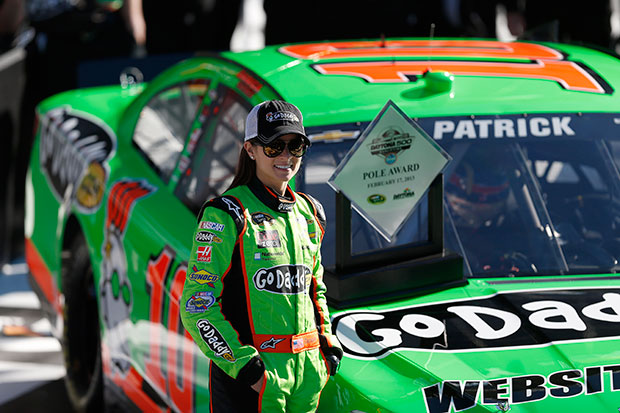 Pole went to Danica Patrick who deserves a round of applause for becoming the first woman to win a Sprint Cup pole position. Patrick will run the full Sprint Cup calendar for the first time this year driving a Chevrolet for Tony Stewart’s three-car Stewart-Haas team. Stewart and Ryan Newman were third and fifth fastest in Sunday’s pole qualifying runs and are among the favourites to win next weekend’s 500.

The big news at Daytona this year is the arrival of the new ‘Generation 6’ Sprint Cup car which NASCAR hopes will bring back some of its lost fans from recent years. When NASCAR introduced its ‘Car of Tomorrow’ six years ago it was the biggest change to the basic layout of a Sprint Cup car since the arrival of the smaller, shorter-wheelbase car in the early eighties. The CoT was a result of Dale Earnhardt’s death at Daytona in 2001 and incorporated some crushable structures around the driver’s compartment while the driver’s seat was relocated closer to the centre of the car. Much-improved F1/IndyCar-style seats were also mandated.

The CoT was safer than the old Cup cars and equalised the field a little more, but it was a spec car with all the cars made to look alike. The CoT was taller and boxier than the old car and robbed the cars of any brand identity. It was received tepidly by the fans and criticized by drivers, teams, fans and media. A weak economy added to the problem and in recent years NASCAR’s big crowds have fallen off at most tracks and plunged precipitously at some, most notably the Brickyard 400 at Indianapolis in mid-summer. 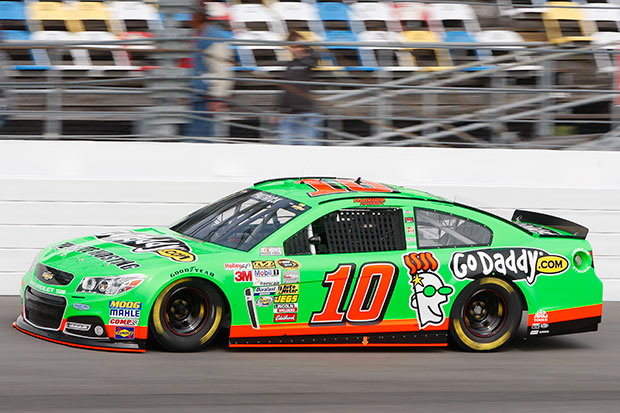 Thus comes NASCAR’s 2013 ‘Gen 6’ Sprint Cup car with all-new bodywork and much more brand identity for each of NASCAR’s three competing manufacturers – Chevrolet, Ford and Toyota. NASCAR has also decided to try to reduce the dependence on aerodynamic downforce by trimming the size of spoilers and splitters and asking Goodyear to develop tyres with different rear cambers in an effort to achieve more mechanical grip from the new car.

It will be interesting to see if the new car brings back some of NASCAR’s missing fans, old and new alike. Of course, coming as it does in mid-winter at the start of the season, the Daytona 500 is NASCAR’s healthiest race. Plenty of NASCAR fans head south for ‘Redneck High Holy Days’ and while the 500 is no longer a sell-out, it still attracts a big crowd.

Of course, it’ll take most of this year’s 36-round Sprint Cup calendar to see whether or not the ‘Gen 6’ car brings back the crowds and TV ratings. Many observers are skeptical that the new car will have much effect. Some theorise that NASCAR has become too commercial, too much of a marketing exercise reducing the drivers to pitchmen rather than racing heroes. If the new car or Daytona pole winner Patrick don’t have the positive effect everyone is hoping for NASCAR will have to start searching for other solutions to American stock car racing’s recent decline in popularity.