Benny Parsons’ 1973 Cup championship-winning Chevrolet Chevelle has been meticulously restored and is about to go under the hammer. Updated: the car sold for $104,500 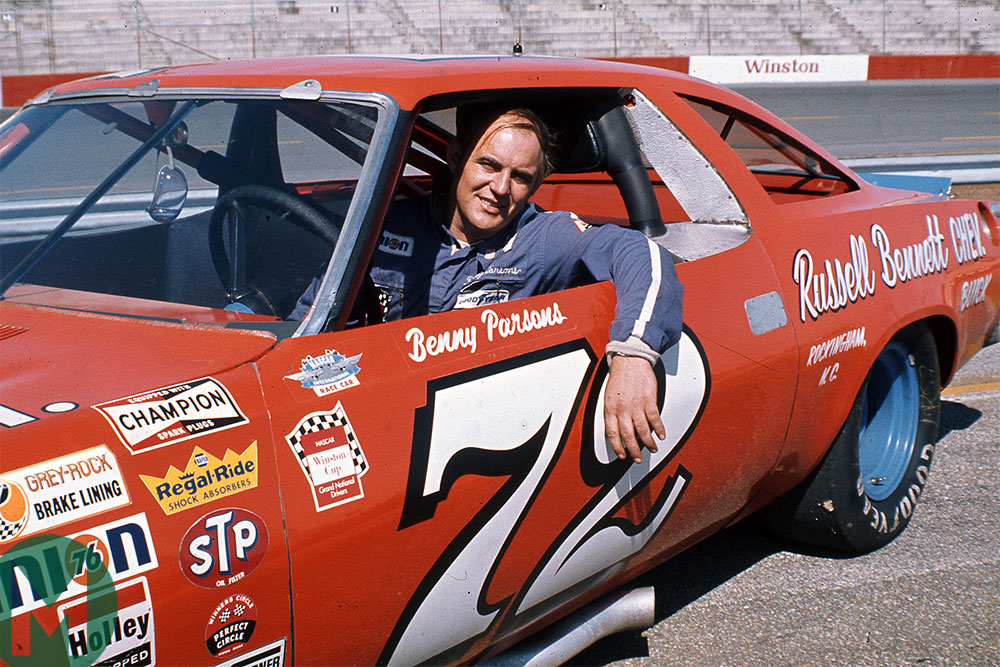 Opportunities to purchase a championship-winning racing car of your own are rare, let alone one from NASCAR and piloted by one of the most successful and storied drivers of the era.

Yet this is exactly the case with Benny Parsons’ 1973 NASCAR Cup Series-winning Chevrolet Chevelle, which heads to auction in Florida on January 3, 2019.

The car has been restored to its 1973 race-ready condition and is capable of performances from the era. It can be yours in the Mecum Kissimmee auction taking place on January 3, 2019 and is estimated to sell for between $125,000 and $150,000.

Parsons was known to a more modern generation as the ebullient NASCAR TV co-commentator in the 1990s, but his greatest achievement was his Cup title in 1973 with the De Witt Racing team and achieving it in circumstances that could hardly have been more dramatic.

Former taxi driver Parsons had led the table since May but in the season-closing Rockingham round had an early-race collision which ripped the entire side off his Chevelle. The car was towed back to the pits with Parsons’ hopes apparently over, but a major effort by his team – as well as a few rival helpers – installed and welded in complete door bars from another entry as well as replaced the entire front and rear suspensions. This got Parsons back on track over 100 laps down, and while his car was in no state to race he completed enough laps to protect his points lead and take the title.

He only won one race that season – at Bristol – yet his 21 top-10 finishers ensured his honours. With that win he became the only driver to win both ARCA and NASCAR championships at the time.

Proving his title was no fluke Parsons finished in the top five of every Cup series’ standings up to and including 1980, winning the Daytona 500 in 1975 along the way, before retiring to the commentary box in 1988.

Parsons is a member of the International Motorsports Hall of Fame and the NASCAR Hall of Fame, and was named as one of NASCAR’s top 50 drivers in history. Always hard to beat on track, Parsons was resolutely the people’s champion too, being a brave competitor with a sheer love of driving. Always noted as a gentleman, Parsons died from cancer in 2007.

The painstaking restoration of the Chevelle was led by Tex Powell, an original crew DeWitt Racing member, assisted by other members of the crew who staffed the championship-winning team.

It also has original features including an original seat recovered by the same man who originally upholstered it as well as the original fuel cap that one team member had kept since the 1973 championship.