The final Daytona 24 Hours-winning Porsche 962 is set to be auctioned. Here’s its story 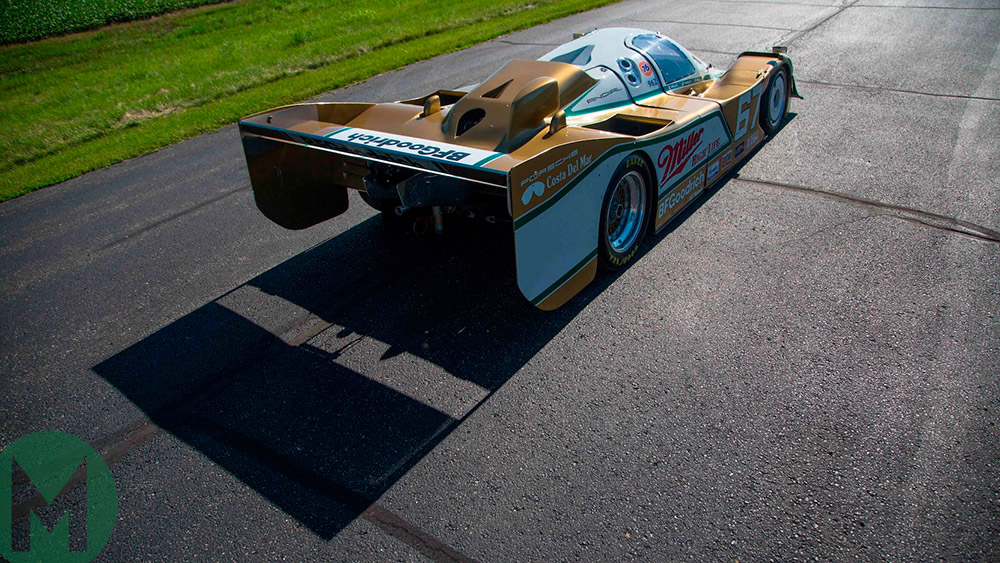 The car in question was Porsche 962 chassis no962-108. Dressed in a green and gold Miller High Life/BF Goodrich livery, the team had major financial backing from high profile sponsors. It was prepared by Jim Busby, who had been sponsored by BF Goodrich since 1982 and running Busby Racing ever since retiring from the driver’s seat in 1986.

The 1989 edition of America’s premier sports car race was a hot one, despite the rest of the country being gripped by cold. Yet the race was delayed by heavy fog at 2am, for four full hours, as drivers were understandably reluctant to tackle the 200mph oval section with minimal visibility after a spate of accidents.

Bell, Wollek and Andretti had struggled during qualifying, failing to the make the top 10 and three slots back from their team-mates in 12th.

Once the race was underway, though, “suddenly we had a race car, it was night and day,” said Bell.

Having battled through to the front, bringing with the Price Cobb, John Nielsen and Andy Wallace shared XJR-9 with it, only a stone through the windscreen delayed the near-perfect eventual winners. The Jag, the only one to reach the flag, had meanwhile lost five minutes in the pits.

But when Wollek pitted for a splash of fuel, four minutes from the end of the race, the Jaguar closed in. It reached the chequered flag 76 seconds back, making for the closest finish for two decades.

It was also the 12th Porsche victory at Daytona in 13 starts and the Porsche 962’s 50th in IMSA racing.

“We’ve done everything we can do for 15 years to try and win here,” team manager Busby said post-race. “I think we’ve had more seconds and thirds than anybody in history. We’ve led more laps than anybody, but we finally led the right ones.”

The 962 was nearing the end of its tour of duty and was no longer being produced by the manufacturer, yet it had beaten the factory-backed might of the Jaguars and Nissans.

The spoils for the drivers equated to $69,500, but Bell wasn’t keen on giving the 24 Hours another go.

“I don’t actually enjoy 24-hour races at all,” he said following the flag. “Several times in the race I’ll say, this is the last time I’m ever going to do it.”

Team-mate Andretti seemingly backed him up, saying, “The best thing about winning a 24-hour race is you don’t have to come back if you don’t want to!”