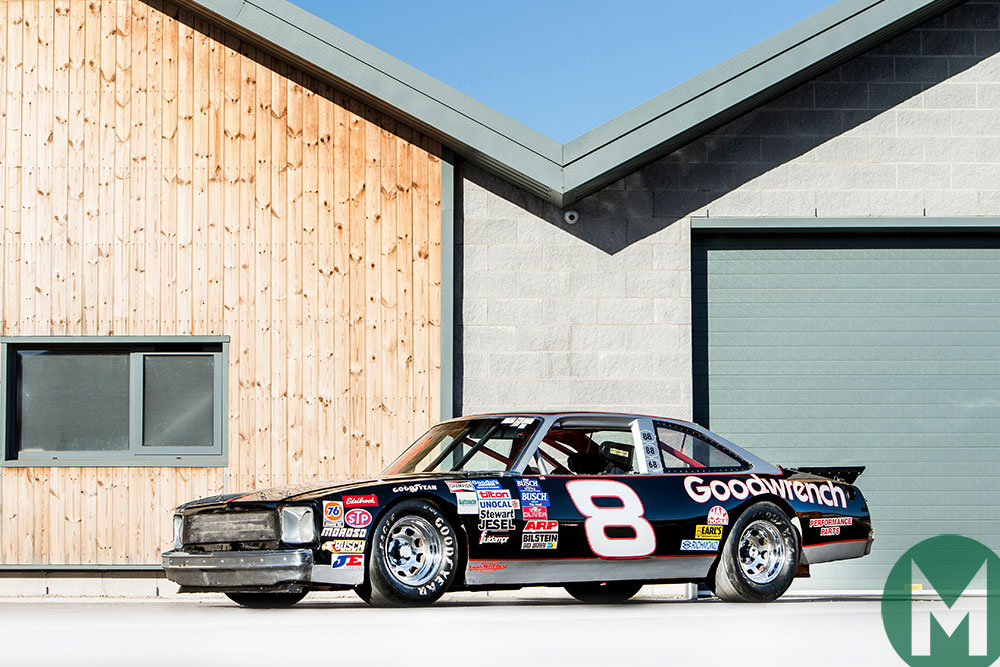 An opportunity to purchase part of the history of a true American motor sport legend is rare in itself. Add that the legend not only won races in the car in question but also – making it infinitely rarer still – he was integral in shaping it. And to top it you can add that it’s the first example of the iconic livery with which the legend became intrinsically linked.

And all this is the case with this stunning Dale Earnhardt Sr 1977 Chevrolet Nova Grand National that is to go under the hammer at Bonhams’ Amelia Island auction in Florida on March 7. Furthermore it is offered without reserve and is expected to go for between £140,000 and £170,000.

Earnhardt, who died 18 years ago this week, is firmly in the American motor sport pantheon. His numbers are towering, with seven NASCAR Cup titles, 76 Cup race victories and no fewer than 25,000 laps led.

Several things fed into his success, not least his strong relationship with his machinery which derived in part from immersing himself in its race shop work. Therefore as well as this being a car Earnhardt raced and won in, it also is a car that Earnhardt put his stamp on by helping to develop.

In the 1980s Earnhardt had major NASCAR Cup success but even so he chose to continue to race regularly in the lower-level Busch series in addition.

More: Long Shadow of the Man in Black

In that series he’d raced Pontiac Venturas and won several races in them. But, according to Earnhardt legend, he concluded that the Chevrolet Nova had the superior aerodynamics. Therefore he and his Dale Earnhardt, Inc crew for the 1986 season started the task of sawing off the Ventura’s nose and removing the quarter windows, hoods, grille and bumper, to replace them with parts styled after the Nova, rebadging the car as a ‘Nova’ accordingly. This was common practice at the time.

And Earnhardt went onto take Busch series race wins in a Chevy – including at Richmond later in 1986.

This car being auctioned is notable for other reasons. First Earnhardt raced it with the number 8 which Earnhardt’s father Ralph had made famous and which also was later raced by Earnhardt’s fan favourite son Dale Earnhardt Jr. Also this Nova was the first to feature the GM Goodwrench livery with which Earnhardt became forever linked.

This car has also been active since its NASCAR days ended. It first appeared in vintage races in 1998 and has appeared several times at the Goodwood Festival of Speed as well as was class winner at the 50th Anniversary of Daytona Speedway in 2009

In 2012 the car underwent restoration to race-ready status by a noted racing shop in preparation for the invitation-only Rolex Monterey Historic Races at Laguna Seca. The restoration includes a driver’s seat said to have been used by Earnhardt himself.