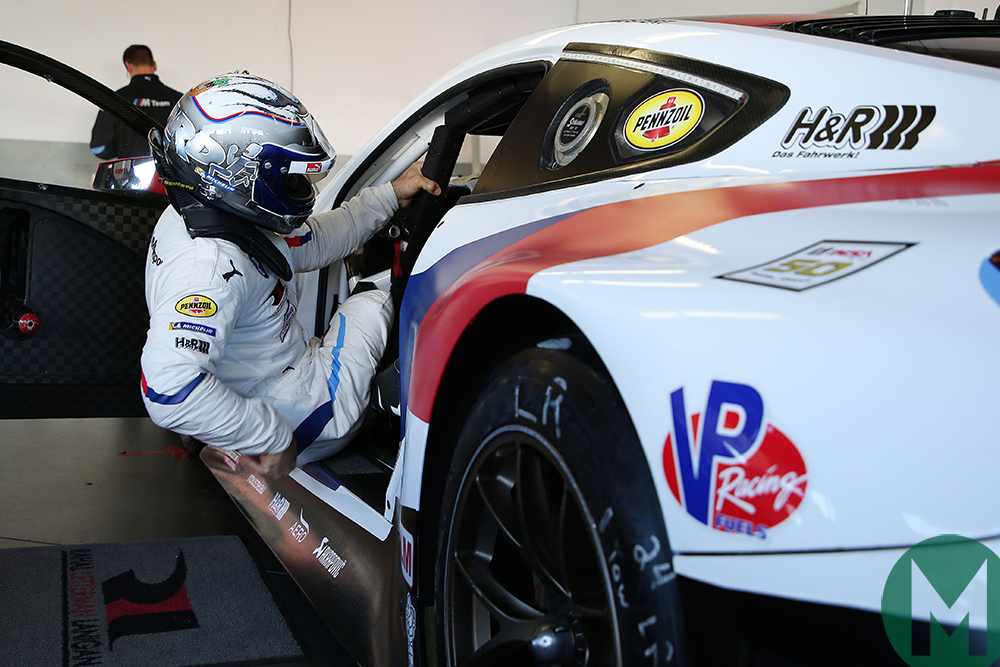 An amazing BMW Motorsport video just released demonstrates the incredible choreographed procedure that will be used for Alex Zanardi’s driver changes in the forthcoming Daytona 24 Hours.

In two weeks’ time, Zanardi will race in the Florida endurance event in a BMW M8 GTE with team-mates John Edwards, Jesse Krohn and Chaz Mostert.

Double Champ Car champion Zanardi lost both his legs in a Champ Car accident at Lausitzring in 2001, and while since he has raced in the World Touring Car Championship and elsewhere, participated in triathlon as well as had considerable success in handcycling including bagging four Paralympic gold medals, the Daytona 24 Hours and its need for rapid driver changes represents a whole new challenge.

A stunning BMW Motorsport video just released shows how Zanardi and his BMW Team RLL squad will undertake his driver switches, with an incredible intricate procedure allied with special technical adjustments to his car. You can watch this video below.

“It is a dance in which the important thing is getting all the steps in exactly the right order and in the limited time that you have available,” explained Zanardi. “So we can’t give away a single second.

“Naturally, we had to align some procedures with my special requirements, and the other drivers have to do a bit of extra work for me, but it is going very well and is a great deal of fun. We are already better than I would ever have thought possible.”

The video shows that when Zanardi is to get in to start his stint he sits on the pitwall awaiting the car. When it arrives he swings himself next to the car on the floor and pulls himself in as soon as his team-mate has got out and put Zanardi’s seat insert in position. The team-mate then helps him buckle up. The steering wheel is changed, which is handed over by an additional, IMSA approved mechanic. And at the end of his stint Zanardi first pulls himself out of the car and then onto the pitwall.

The driver change is completed in less than 20 seconds – within the time it takes to refuel so they lose nothing to opponents.

“Sometimes I think that he gets into the car more quickly than me,” team-mate Krohn noted. “Sure, the driver change with Alex is slightly different from what I’m used to, but it’s incredibly impressive to see how quickly he found the optimum procedure for him. Sometimes I even turn around to help him after getting out, but he is already sat behind the wheel.”

“Switching the steering wheel in particular takes a little time,” Zanardi added, “but I’m very fast getting in and out and can make up for it there.

“We always need to make sure that we don’t rush anything, as a mistake during the driver change would be a disaster.”