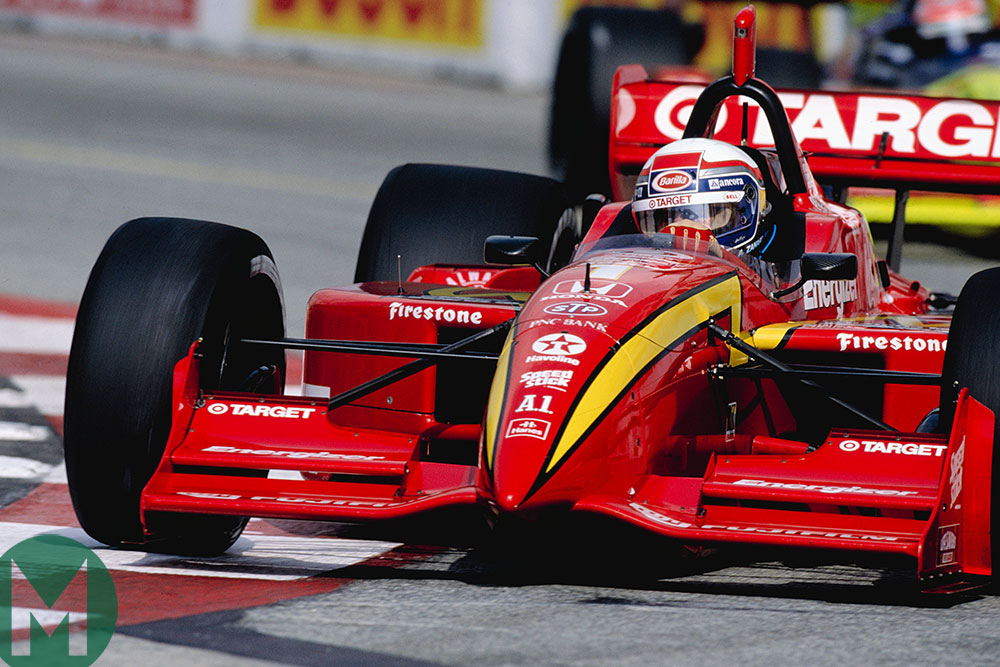 With Alex Zanardi it is difficult to single out his solitary greatest achievement.

The two-time Champ Car champion lost both his legs in a Lausitzring accident in 2001, and since has had incredible success in handcycling including winning four Paralympic gold medals, going on to race in the World Touring Car Championship and elsewhere.

Zanardi’s Champ Car success should not be at all underestimated though, as he dominated the American single-seater category, claiming–  in addition to his two titles – 15 race wins in the space of just two-and-a-half seasons.

Yet his victory on this day 21 years ago at Long Beach stands apart from them. Mainly on the grounds that he actually had to recover from being a lap down. Running in mid-pack early on was caught in a roadblock on the hairpin leading to Shoreline Drive, forcing him and several others to sit in a very expensive car park for what seemed an eternity. Once Zanardi got going he was a lapped 18th.

Zanardi benefitted from long-time leader Gil De Ferran dropping out with 11 laps left due to gearbox problems, but even so, he had plenty to do. From almost nowhere he homed in at an incredible rate on second-placed Dario Franchitti and leader Bryan Herta – denying them both a first CART win.

He got by Franchitti, after some dodging, seized the lead from Herta with two laps left – passing at a hardly likely spot. It was one of those where the noise of the rapturous crowd could be heard above the engines.

And you can watch this amazing race in full in the video below.

It wasn’t the first time Zanardi had dashed Herta’s race win hopes late on either, as he’d made a sensational pass of him at Laguna Seca’s Corkscrew at the last of 1996’s season-closing race, which became known simply as ‘The Pass’.

“He was one of those guys who just didn’t know when he was beaten,” Franchitti said of Zanardi to Motor Sport some years later.

“At Long Beach in 1998 he was a lap down, Bryan Herta and I were fighting for the win and I didn’t think he was someone to worry about. The next thing I knew he was past me, pushed Bryan out of the way and won the race.

“Years later he said, ‘I have a question.’ I thought, here we go, what’s this? ‘In Long Beach had you lost your mirrors?’ I replied, ‘It’s funny you should say that, yes I had. How did you know?’ ‘Ah, it was so easy to pass you!’ Bloody Zanardi!”