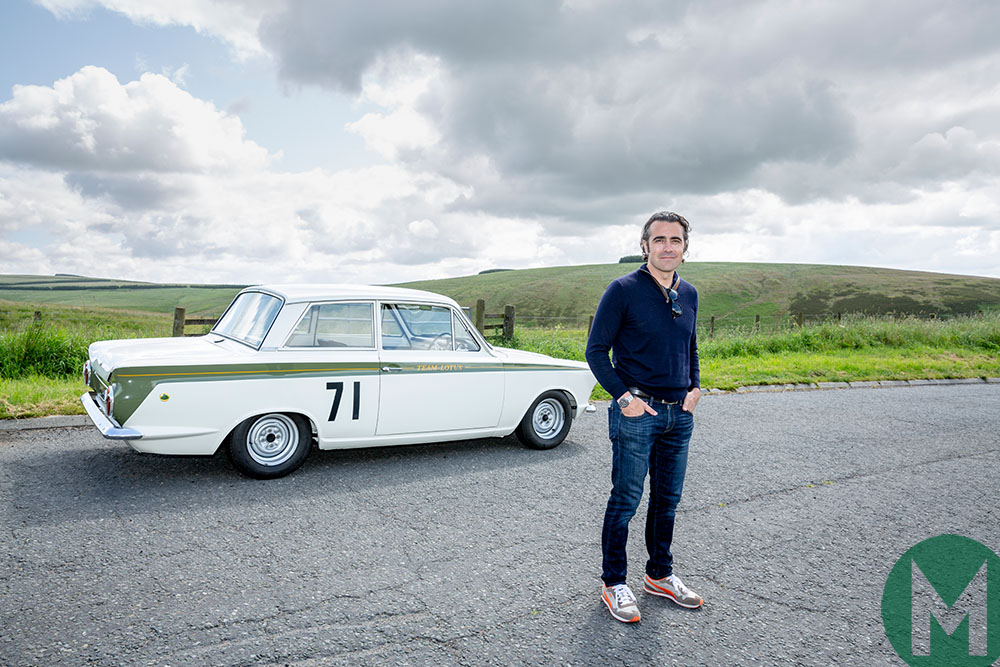 Ahead of the opening of the Jim Clark Motorsport Museum, a special piece of memorabilia was hand-delivered by IndyCar champion and compatriot, Dario Franchitti.

The Cortina in question was raced by Clark to the 1964 British Saloon Car Championship title, winning his class in every round he entered that season.

With class victories at Snetterton, Brands Hatch and Goodwood alongside outright wins at Oulton Park and Crystal Palace, the Lotus is part of one of Clark’s finest seasons and is now owned by Franchitti.

After a renovation project and £1.6 million extension, the Cortina was driven to the Scottish Borders town of Duns, which will be its new home for the next year.

The sports saloon was personally delivered by four-time IndyCar champion Franchitti and will be part of a display charting the racing successes Clark accumulated.

Alongside a vast number of trophies and prizes won by Clark throughout his career, the Cortina will be on display next to a collection of overalls and photographs from throughout the career of the two-time Formula 1 world champion.