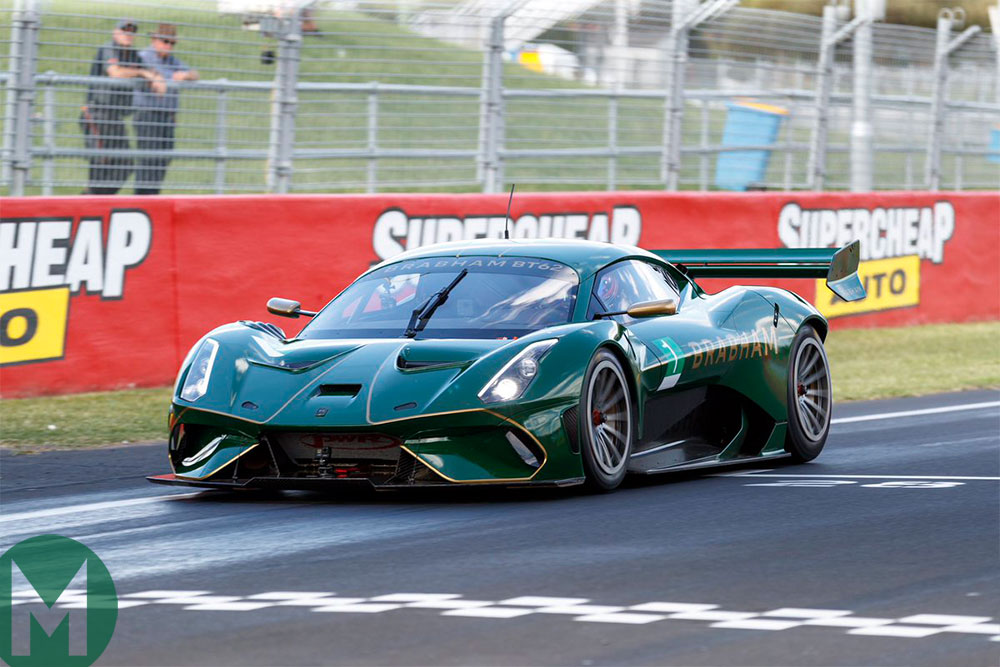 However, Jenson Button holds the unofficial lap record on the circuit having lapped it in 1min 48.8sec in 2011, driving a McLaren-Mercedes MP4-23 Formula 1 car.

The onboard footage from Youlden’s incredible lap is equal parts enthralling and frightening, particularly as he crests the top of the mountain. Watch it below.

The BT62 may race at Le Mans as Brabham plans to take on the endurance race in 2021, but we could see it on the race track sooner than that.

Furthermore, the BT62 is getting a road-legal version.