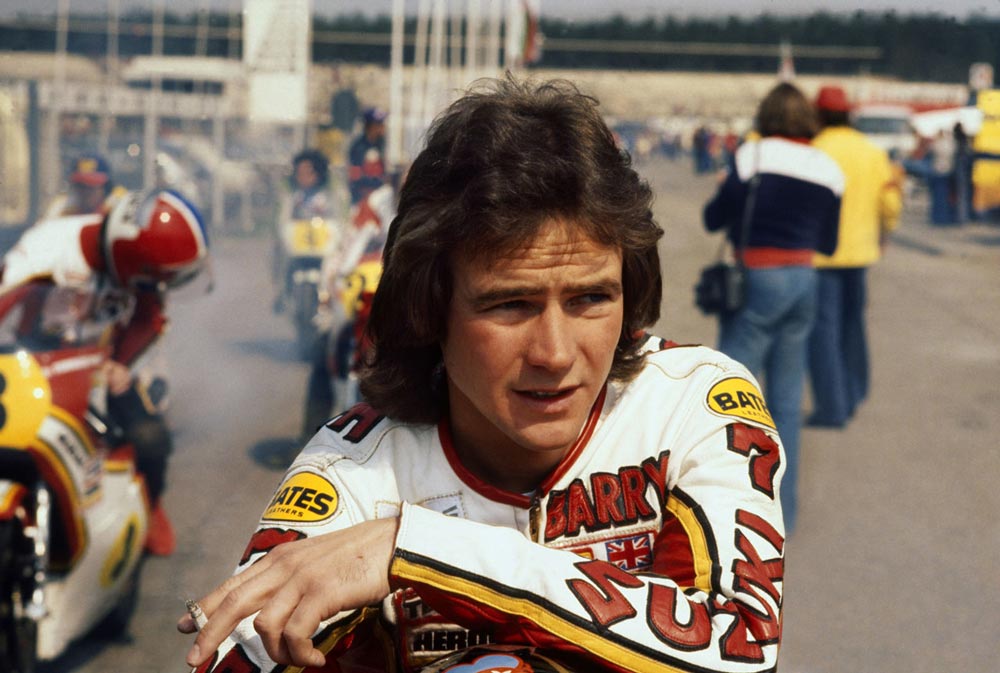 Fourteen years after losing his life to cancer, Barry Sheene remains a sporting icon and a totem of the fast and loose 1970s. The fact that Sheene was an heroic racer and twice a 500cc world champion was probably the smaller part of his allure to most people. He transcended the confines of his sport because he was the London boy made good — effin’ and blindin’ his way through social conventions at a time of enormous sociocultural change. And he was the bionic man, held together by plates and screws after surviving not one but two horrific accidents that should have killed him.

In the end it turned out that motorcycle racing wasn’t his most dangerous habit. The man who drilled a hole in the chin piece of his helmet so he could have a cigarette on the grid died because he had smoked since childhood.

When reappraising Sheene and his career, the good times and bad times always loom as large as the lap times, perhaps even larger. He was ‘bike racing’s James Hunt or George Best: a brash, brave and sometimes badly behaved sports star who perfectly fitted the mood of the times. The men wanted to be him, the women…

Should Barry Sheene be inducted into the Hall of Fame? Vote below.