Former world champions, legends of the sport, and some of the greatest Formula 1 personalities make up the list of nominees, in partnership with Princess Yachts, for the 2018 Hall of Fame. But out of them, who is worthy of induction? 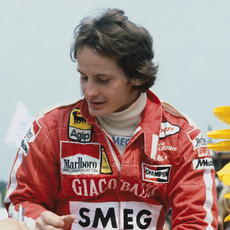 What constitutes a great? Is it results, or is it championships won? If either is the answer, then why is Gilles Villeneuve the most loved driver of his generation? His sideways, aggressive driving style and refusal to give up thrilled Formula 1 for just four complete seasons. Villeneuve’s death left a deep scar on the sport but released a legend. Read more. 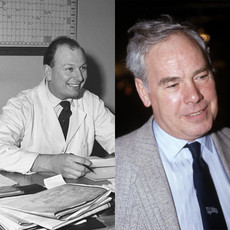 The founders of Cosworth changed motor racing history with the advent of the DFV engine. It was the world’s most successful F1 engine – but it was much more than that. For more than 30 years it, and its derivatives, won in almost every branch of motorsport. Sports cars? For sure. Indycars? No question. But what about hillclimb cars, special saloons – and powerboats? Yep, those too. Read more. 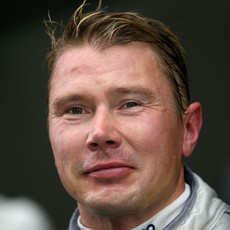 Mika Häkkinen was one of those drivers who created a buzz from the moment he started racing in the sport’s junior categories. He recovered from serious injuries to emerge as Michael Schumacher’s greatest rival of the late 1990s – a double World Champion with McLaren-Mercedes-Benz. Read more. 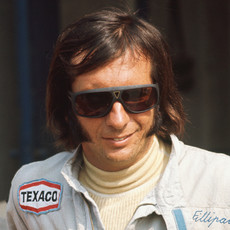 A double Formula 1 world champion by the time he turned 28 years old and a star of Champ Cars during his second career, Emerson Fittipaldi was a trailblazer for Brazilians racing overseas. The winner of 14 Grands Prix, he may have achieved so much more from his 144 race starts if he had not spent five seasons as an owner/driver. That he eventually returned to win both the Champ Car title and Indianapolis 500 is testament to a talent undiminished by those difficult fallow years. Read more. 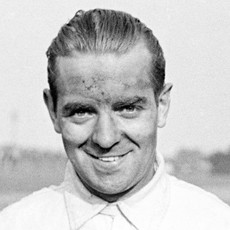 His time as a GP driver may have been brief, but it was also heroic. In an era of great stars such as Rudolf Caracciola and Tazio Nuvolari, Rosemeyer was the fastest of them all. He was Gilles Villeneuve with more wins and a championship title as well. Read more. 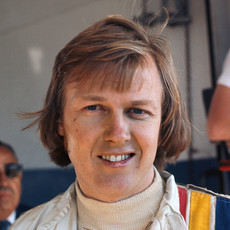 Ronnie Peterson was the fastest driver of his generation. Perhaps he lacked the consistency, mechanical sympathy, finesse or just plain luck to win the world championship but no one could touch him over a single lap or on his day. He was quite simply fast and spectacular. His rise to Formula 1 energised a nation not previously known for circuit racing and his death was a bitter blow to the sport as a whole for Ronnie was F1’s most popular star. Read more. 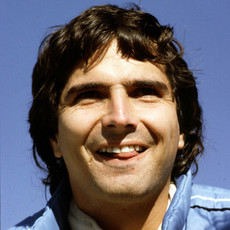 How can a triple World Champion be so neglected by history? In his day Nelson Piquet was the best driver in the world when this aloof loner cut a refreshingly independent furrow as Brabham team leader. However the surliness that had seemed part of his star quality proved less acceptable to the media as his fortunes faded. Read more. 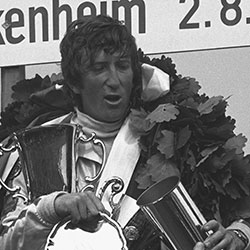 Jochen Rindt is best known as Formula 1’s only posthumous world champion, for dominating the lesser Formula 2 category at the start of 1600cc era and for winning the Le Mans 24 Hours when just 23 years old. All are factually correct but the former, sombre statement rather masks the considerable natural talents of one of Grand Prix racing’s finest. He was a strong-willed individual who challenged authority and spoke his mind, whether that was a schoolboy or F1 star. Read more. 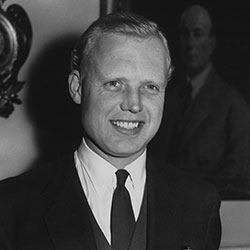 Mike Hawthorn became the first Englishman to win the Formula 1 World Championship in 1958 but it is easy to overlook that achievement. He clinched that by a single point from compatriot Stirling Moss but his rival scored four Grand Prix wins to one during the season. While Moss continued to be the country’s most famous racing driver of the time, Hawthorn decided to retire with plans to continue in the administration of the sport. However, the dashing and popular “Farnham Flyer” was killed in a road accident barely three months after his greatest triumph. Read more. 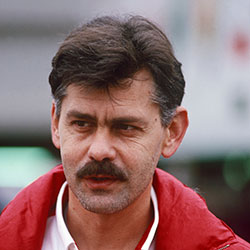 A genius, according to the Oxford Dictionary, is someone “possessing exceptional intellectual or creative power”. It’s an overused word, but that definition describes Gordon Murray perfectly. We know him for his achievements in the world of Formula 1, but his brain is equally at home exploring oenology, or architecture, or rock music. He is happiest when facing an apparently insoluble problem, examining it from every angle in order to find an inventive solution. Read more. 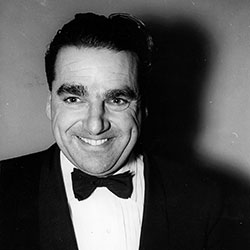 The Coopers, John and his father Charles, didn’t so much revolutionise Grand Prix racing as reinvent it. The trail they blazed established the foundations of the sport as we know it today. What they achieved would be surpassed many times by those who followed; Colin Chapman, Ken Tyrrell, Ron Dennis and Frank Williams among them, but the Coopers were the first of a new breed. Read more.

Jenson Button’s long and ultimately successful Formula 1 career included much frustration before fate finally dealt him a winning hand in the most unexpected of circumstances. Victory in the 2009 World Championship and that he subsequently more than matched Lewis Hamilton’s points tally while McLaren team-mates is evidence of a worthy and popular Grand Prix driver. Read more.