Multiple world champions, irreplaceable personalities and firm fan-favourites make up the list of motorcycling nominees for the 2018 Hall of Fame. But out of them, who is worthy of induction? 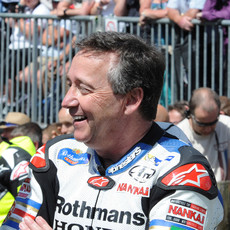 ‘Fast Freddie’ was unique in himself. A God-fearing man in a godless sport, Spencer was considered a weirdo by his rivals and by the fans. He was quiet, polite and teetotal while his rivals were often very much the opposite. Off the bike he seemed far too gentle and studious for such a vicious, high-speed sport. On the bike he was something else: effortlessly fast and astonishingly accurate. His talent was ethereal, and in many ways he was the Senna of motorcycle racing. Read more. 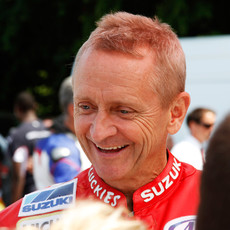 With a ‘rodeo wild’ riding style, 1993 world champion Kevin Schwantz’s battles with Wayne Rainey defined a generation. Winner of 25 Grands Prix, his podium rate was close to one in two. 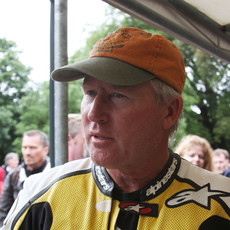 He might be the best bike racer of all time, but he’s much more than that: ‘King’ Kenny worked tirelessly with car people to make his sport ever better. Read more. 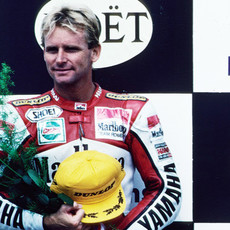 Over two decades ago Wayne Rainey was preparing to defend his first 500cc World Championship. Rainey was your archetypal 20th century Californian sporting hero: beachside good looks and always prepared to go the extra mile to see the Stars and Stripes raised in triumph. Read more. 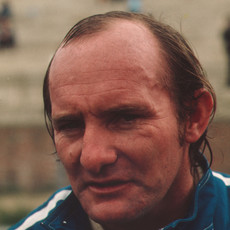 “Mike the Bike” was a true legend – a multiple champion on two-wheels and a star on four. In addition to his racing exploits, Mike Hailwood was awarded the George Medal – Britain’s highest honour for civilian bravery – after saving an unconscious Clay Regazzoni from his burning car at Kyalami in 1973. Read more. 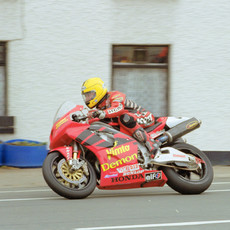 Quietly spoken Joey Dunlop made winning the Isle of Man 7 races look easy. Even in 2000, at the age of 48, he won three out of five races in TT week. A month later he died in Estonia in a 125cc race. His memory lives on, though, with fans around the world celebrating Dunlop’s life, especially in Joey’s bar in Ballymoney, which is flied with bikers every time the road-racing circus visits for the Nodhwest 200. Read more. 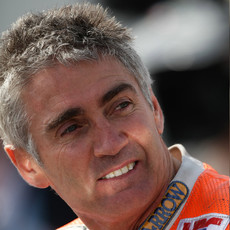 In 1992, Mick Doohan embarked on what would become the greatest comeback from injury in bike racing history: The Australian went from being within hours of having a leg amputated to winning five consecutive premier-class world titles. Read more 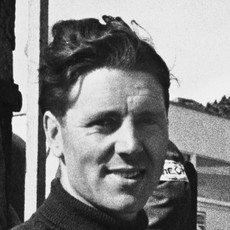 Geoff Duke achieved six World Championships and also won six Isle of Man TT races in a decade at the top of his sport. He also showed potential in cars, and after testing for Aston Martin took third place in a DB3 at Goodwood in 1952.

Known for his smooth riding style, Duke changed the look of motorcycle racing when in 1950 he abandoned the usual jacket and designed one-piece leathers for himself, which were rapidly copied across the sport. After his Cooper crash Duke ran hotel and shipping businesses in the Isle of Man, also managing a motorcycle racing team in 1963. Read more. 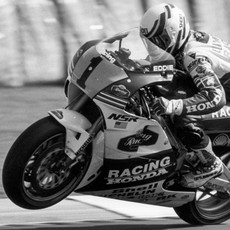 Riders from the United States of America won all but three of the 16 500cc world championships between 1978 and 1993. The best known of those champions are Kenny Roberts, who blazed the American trail in Europe during the 1970s, the otherworldly talented Freddie Spencer, who succeeded King Kenny in the 1980s, and Kevin Schwantz, the wild-riding, crowd-pleasing Texan winner of the 1993 title. But none of these three is the USA’s most successful Grand Prix rider. That accolade goes to ‘Steady’ Eddie Lawson, who won four 500 world titles. Read more. 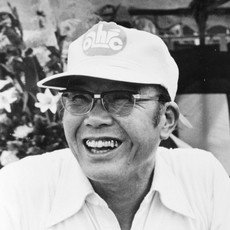 Defeat in the Second World War brought about a profound crisis in japan. In a time of grave economic difficulty and social upheaval, the country needed hardworking and dynamic men of vision. Soichiro Honda had his part to play in the process of recovery: he would put Japan back on wheels.

The Honda Motor Company was set up in September 1948. While Ferrari, Porsche and Chapman pursued their own destinies on the roads and tracks of Europe, Soichiro Honda set out to make his country mobile again. Fast forward to 1964. In Japan, Hondas continue to reign supreme on two wheels, and since 1954 Soichiro’s machines have been winning bike races the world over. 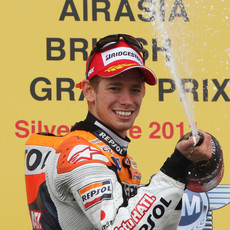 Stoner first arrived in Grands Prix in 2002 as a wide-eyed 16-year-old. It was immediately obvious that he was a genius. True, he crashed a lot, but his technique and aggression were something to behold. He won victories in the 125 and 250 classes, then got his MotoGP chance in 2006, riding for the privateer LCR Honda team. He scored a pole position in only his second race, dazzled with his speed and crashed no less than 14 times. Read more. 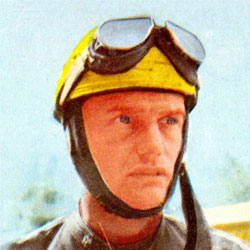 Six times the world champion, Jim Redman was a dominant force in the early Sixties. He claimed an impressive 45 wins and 98 podiums in his 135 world championship starts across multiple classes.