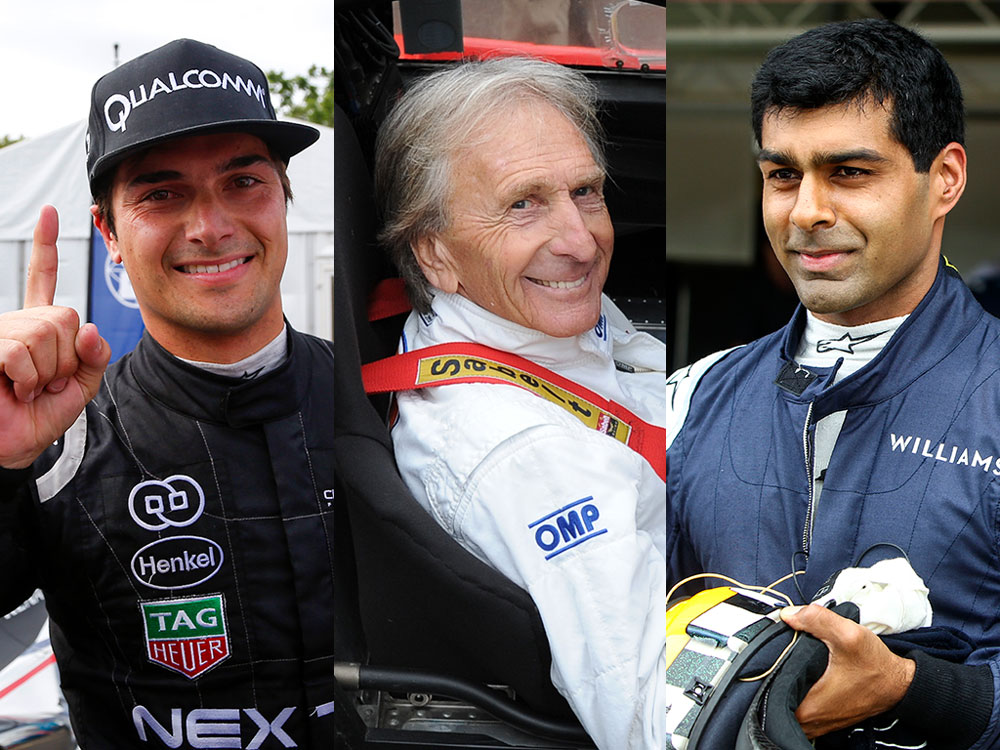 Charming, popular and successful, Derek Bell is one of the greatest sports car drivers of all time. His F1 opportunities were limited to just nine Grand Prix starts but he excelled in endurance racing – twice world champion and a five-time winner of the Le Mans 24 Hours.

Now based in Sussex and Florida, Bell remains active in historic racing festivals. He was voted into the Motor Sport Hall of Fame in May 2016.

Karun Chandhok is a familiar face to many, having provided excellent analysis of modern F1 for Channel 4, and last year on these very pages. With better knowledge of the sport’s history than most, his own racing has been impressively varied: he fulfilled his dreams of racing in F1 in 2010, and has numerous appearances at Le Mans to his name along with a stint in Formula E.

Chandhok has worked for BBC Radio 5 Live as a pitlane reporter, switching to Sky Sports in 2013 and now presents Channel 4’s coverage along with David Coulthard and Eddie Jordan.

Nelson Piquet Jr followed his championship-winning father and graduated to F1 in 2008. Piquet had flirted with F1 as long ago as 2004 – testing a Williams-BMW that year and for BAR-Honda in 2005.

He signed for Renault as its reserve for 2007 and he was promoted to race driver as Fernando Alonso’s 2008 team-mate. He joined China Racing for the new Formula E season in 2014/15 and won at Long Beach and Moscow. He then finished the final race in London’s Battersea Park in seventh position to dramatically snatch the inaugural title by a single point.

Joining already confirmed guests such as Adrian Newey, Gordon Murray and Richard Attwood, the 2018 awards are shaping up to be a star-studded affair – and you can be there too.

Witness history as the class of 2018 is inducted into the Hall of Fame, dine with legends of the sport, and enjoy the picturesque surroundings of the Royal Automobile Club, Woodcote Park, with a three-course gourmet meal and drinks.

Buy tickets to the Hall of Fame