The Motor Cycle Endurance Test organised by ShellMex Ltd. has now been completed with the most satisfactory results. The ambitious character of this test will be realised when it is recalled that 12 standard machines were bought from stock and were ridden considerably over 2,000 miles, mostly in very bad weather, continuously for three weeks, thereby crowding into this period the same mileage normally done in 5 or 6 months. The itinerary covered all sorts and conditions of roads, including a large number of well known test lulls. The machines were also ridden periodically at high speeds on Brooklands track, 150 miles per day being covered here on four days, and timed full throttle speed burst made on twelve occasions with each machine.

There were no mechanical failures whatsoever, and when the strenuous nature of the speed work at Brooklands and the hill-climbing is considered, it will be seen that all machines came through with flying colours.

The condition of the tyres testifies to the very severe work the motor cycles have undergone during the test. Although there was no tyre trouble, a number of new covers were fitted owing to the abnormal wear and tear set up by the gruelling nature of the test.

On Wednesday, July 20th, the machines were dismantled in the presence of the A.C.U. officials, whose full report will be published later. In the meantime it is permissible to state that the carbon deposit in all the engines was unusually low, and that the condition of the engines generally was extremely satisfactory. The character of the carbon deposit was soft and moist ; it was easily scraped off, and did not necessitate chipping off, as is the case with carbon deposit formed from compounded oils.

The Shell people are naturally proud of the successful conclusion of this ambitious undertaking, and claim that it constitutes complete proof that Shell Motor Cycle Oil will give 100% efficiency in any make of motor cycle under the most arduous service it can be called upon to perform. 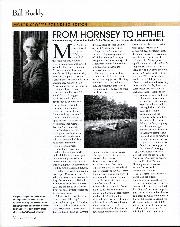 From Hornsey to Hethel

Bill Boddy Motor Sport's Founding Editor WB recalls a very informal lunch with Colin Chapman, and the variety of Lotus models he tested Mike Kimberley has returned to Lotus as… 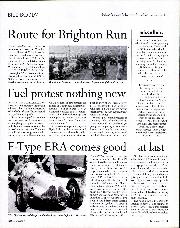 The Veteran car run to Brighton takes place on 5 November. Organised by the RAC and VCC, it will have the usual enormous international entry. The oldest car leaves at… 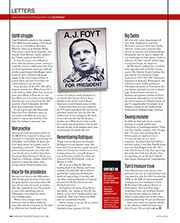 Uphill struggle Nigel Roebuck’s article on the original V16 BRM was fascinating. I first heard this car as a schoolboy, when Ken Wharton drove it up Shelsley Walsh. That noise… 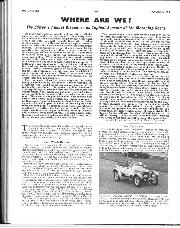 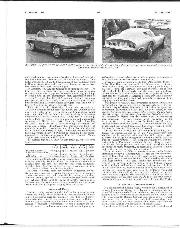 The Editor's Annual Discourse on Topical Aspects of the Motoring Scene Do many motorists, in these days of powerful 4-cylinder cars, ever regret their earlier mounts ? Personally, I still…