The British Grand Prix on July 18 will mark Lando Norris’s fourth appearance at Silverstone in a McLaren, despite this being his third season, thanks to the historic double-header last summer. But he admits it will feel more like his second home grand prix thanks to the return of crowds – hopefully – following the closed-doors of 2020.

“It’s going to feel pretty special, I’m hoping we can have all the fans there,” he says. “I feel like I’m a more established driver now within F1, so my fanbase is growing and I have more supporters.

A lot of British racing fans are also McLaren fans, so to see us fighting up there for a podium place, top fives and good points, they’ll love that even more.

“Year one [in 2019] was very special. We had two races there last year without any fans, which felt very weird. It was very quiet and abnormal. This year we can bring it back and I’m sure the fans are going to be more excited than ever to return to a race track. I’m hoping the atmosphere will be better than ever and it makes it so much more enjoyable as a driver, a lot more like F1. When there are no fans it feels like a test day, it doesn’t feel as special. It will be cool, hopefully we can enjoy ourselves and put on a good show.”

We ask Norris for his highlights of Silverstone and predictably he focuses not on one corner, but a whole section – more or less half the track, from the Brooklands left-hander by the BRDC Clubhouse all the way to Stowe Corner at the end of Hangar Straight.

“Copse is easy now. It depends a little bit on the wind. If “I hope the there’s a tailwind it can be a little bit trickier. But in qualifying you don’t even have to think about it – even one-handed! You are flat out from the exit of Luffield all the way to the final part of Becketts.

Maggotts/Becketts is number one at Silverstone, everyone always say it. It’s cool, especially in an F1 car, and it’s pretty insane.

“You are flat into the first left, right, even into the next left. You downshift twice and lift for the right-hander, then atmosphere will be better than ever with fans back” it’s straight back on, all in one motion, for the final part and long exit on to the straight. It’s fast and I don’t think the thrill of it will ever wear off, even if it’s not flat out in the future.

Next year it will be even cooler with the new cars, a bit like Formula 2.

“Stowe is also very fast, because you are coming from very high speed. You brake, down one gear if you’re in seventh, two if you are in eighth. It feels very fast because you turn into the corner so quickly.”

The quota of Lando Norris flags will be higher this time, given how far he’s come since his maiden Silverstone F1 appearance. Homecomings are always that bit special – even more when you’re on the rise. It could be the highlight of his season. 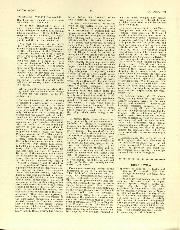 "Spitfire," by John W. R. Taylor and Maurice F. Allward. (The Harborough Publishing Company, Ltd., price 15s.) This book gives as much as anyone will ever need to know about… 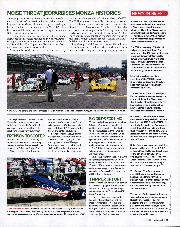 Holland's incurable motorsport addict Jan Lammers will race the Triumph Spitfire of Jigsaw Racing in the Zandvoort round of the pan-European Equipe GTS Challenge on May 27. The pre-66 series,… 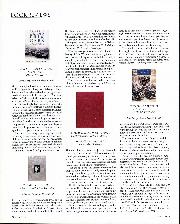 By Jeremy Clarkson ISBN 1-902989-05-8 Published by Lancaster, £245.00 run limited to 1500 copies This is puzzling. And worrying. Jeremy Clarkson is one of the finest writers in this business… 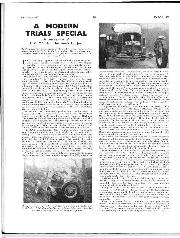 A description of T. C. "Cuth" Harrison's Harford The "mud-plug" type of trial has suffered a rather chequered career since the end of World War II when it first became popular.…