The F1 Commission recently formally proposed a driver salary cap from 2023 of $30m (£25.3m) between each team’s two drivers. A refinement of the proposal was discussed whereby a team would be able to exceed that if it wished, but any extra salary would have to be deducted from the team’s cost cap limit. Lewis Hamilton said he was “surprised” the idea was being discussed and added, “I think it’s important that the GPDA works closely with F1 when we get into discussions moving forwards.”

Red Bull boss Christian Horner has reiterated that his preference for the seat alongside Max Verstappen next year would be Alex Albon. The driver has had a disappointing season and Horner has said no decisions will be made until after the end of the season, to give Albon the opportunity of justifying the drive. “It’s his to lose,” said Horner, while confirming that if it isn’t Albon, they would be looking outside the Red Bull pool of junior drivers, “like we did with Mark Webber”. This seemed an obvious reference to Sergio Pérez and Nico Hülkenberg.

Kevin Magnussen and Romain Grosjean, upon being told their services would not be required by Haas in 2021, reacted differently. Magnussen very much feels that F1 is unfinished business and would like to try to find a way to stay. Grosjean, six years older, accepted this was likely the end of his F1 career.

Christian Horner confirmed that the best power-unit solution for Red Bull and AlphaTauri after Honda’s withdrawal at the end of next year would be to continue the project as an independent. But to make it feasible it was seeking to bring the engine freeze in earlier, a stance that was supported by Toto Wolff.

F1 has confirmed that the 2026 engine formula will still be hybrid. “It’s interesting where the auto industry goes because everything develops in the direction of electric mobility,” said Toto Wolff. “Developing a new power unit is not somewhere we should go. It was a mistake in 2011 and 2012 when we made a sophisticated and efficient power unit but it got complex. We need a combination of what we have today – an internal combustion engine and add hybrid power to have a better ratio between sustainable propulsion and conventional ICE engines.”

The 2021 F1 calendar has 23 races, with a new Saudi Arabia GP added. The Vietnam Grand Prix has been dropped, but its slot has been reserved for a replacement. It is believed discussions with the Sepang circuit for a Malaysia Grand Prix are underway.

With the confirmation that Kimi Räikkönen will be extending his stay at Alfa Romeo and that Fernando Alonso rejoins Renault next year – and on the assumption that Lewis Hamilton renews with Mercedes – the 2021 F1 grid will feature the drivers responsible for 14 of the last 16 world championships. Only Jenson Button and Nico Rosberg will be missing. 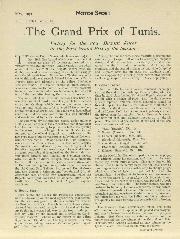 The Grand Prix of Tunis. 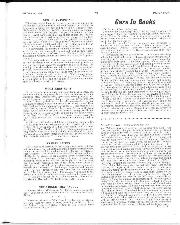 One of Corgi's latest models is a Lotus Elan, 3 1/2 in. long, and complete with folding seats, brown facia to contrast with the authentic black interior trim, gear-lever, steering… 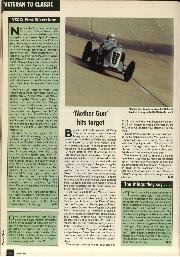 One has to admire the Trojan OC for publishing a lively monthly newsletter in spite of the paucity of these cars now in use. We feel sure it would like… 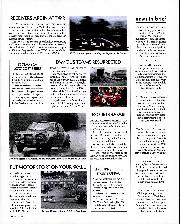 The 750 Motor Club will mark the 50th anniversary of the 1172 Formula during its two-day Silverstone race meeting at the end of August. Although finally discontinued three years ago…