Knowing your interest in flying between the wars, especially in light aeroplanes, I thought you would like to have the enclosed photostat copies of two price lists of aircraft offered for sale by Brian Lewis & Company. I cannot date them exactly but would think the first was issued in late 1934 or early 1935 —the clue is that a DH Gipsy Major Moth is included, with the information that it was built for but not used in the England-Australia air race which was in October 1934. The second list was probably 1936—the last page (hard to read) refers to a demonstration DH Hornet Moth “now available”, which would be about that year (fully equipped, ex works £875).

In your feature “Cars in Books” in April you wrote that the Duchess of Bedford had one of the last of the open-cockpit DH Gipsy III Moths. I seem to remember that she bought the air race Gipsy Major Moth mentioned above – registration letters G-ACUR – and had it converted back to a more normal specification. I wonder if this was the aeroplane in which she was lost in 1937?

How Jim Clark attempted to defeat London parking charges... until he was rumbled Witnessing an unseasonally bitter Christmas exchange between a disgruntled driver and an intransigent parking warden reminds me… 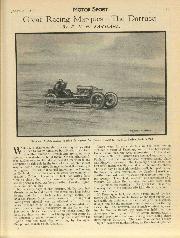 By E. K. H. KARSLAKE. While in other countries cars are frequently called either by fancy names or by initials, it is noticeable that almost all French cars are called… 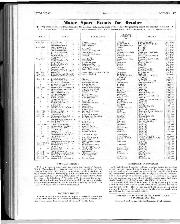 Although Bluebird suffered sufficient damage during its accident to put it out of commission until next year, the designers state that the car stood up to the battering extremely well… 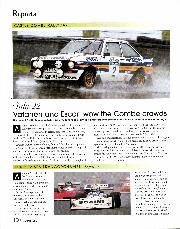