There were but five laps remaining in the 1996 Australian Grand Prix when Jacques Villeneuve got the message from the Williams pit: his oil pressure was falling, and if he were to finish the race he needed to back off.

Galling, this, for it meant surrendering the lead to team-mate Damon Hill. Already he had become only the third driver in history (joining Mario Andretti and Carlos Reutemann) to start his first grand prix from pole, and now he had come within a few miles of being only the second to win it. Thus, the record of Giancarlo Baghetti remained intact and, in all probability, it will stay that way.

I well remember a torrential day at Aintree in July 1961, when only the inspiration of Stirling Moss offered any real challenge to the dominant Ferraris of Wolfgang von Trips, Phil Hill and Richie Ginther in the British Grand Prix. After Moss had retired, they swept on to finish 1-2-3, but the fourth Ferrari, a quasi-works car, finished up against a bank.

Baghetti looked a little shocked as he stepped from his wrecked car, which had aquaplaned off the road, appropriately enough at a spot named Waterways. Momentarily, he leaned against a wall before setting off on a long trudge back to the pits, a picture of dejection. Baghetti had been running only 10th at the time of the accident, so it may be said that the commentator overreacted somewhat to his departure. Nevertheless, in itself it was news indeed. “Baghetti,” the man hollered, “is beaten at last!”

Although this was not a great racing driver, nor one who ever would have claimed otherwise, Giancarlo Baghetti, who was a charming, raffish character, took with him to the grave a place in Formula One history. Like François Cevert, Richie Ginther or, more recently Giancarlo Fisichella, he won only one world championship race, but it came, uniquely, in his very first grand prix.

In fact, that race at Reims was not his first in an F1 car, for already he had contested a couple of non-championship events — and both of those, too, he had won. When he arrived at Aintree, therefore, Baghetti’s strike rate was 100 per cent, so perhaps it was no surprise that the commentator became highly animated as the Ferrari slithered across the grass.

“Giancarlo was a man who savoured life’s pleasures; it was not a matter of, ‘I race, therefore I am’.”

At the end of the season, but this time driving a Porsche, Baghetti won another non-championship race, at Vallelunga, and thus concluded his maiden F1 season with four victories. Remarkably, he was never to win again, and my impression was that he was not too much bothered by that. Giancarlo was very obviously a man who savoured life’s pleasures, and while it was clear that motor racing was very much among them, it was not a matter of, ‘I race, therefore I am’.

Born on Christmas Day in 1934, the son of a wealthy industrialist, Baghetti went briefly into the family business, but swiftly came to appreciate that this was not the life for him. Instead, from 1956 on, he raced Alfa Romeos and Abarths with some success. 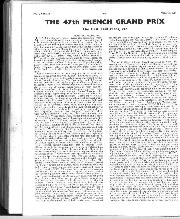 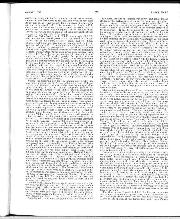 After the Spa race, where Ferrari cars dominated, everybody was resigned to an even greater demonstration of mechanical superiority on the fast Reims circuit. In the Belgian GP the rear-engined Ferrari…

Following the death of Alberto Ascari, in 1955, no Italian driver had emerged at the very top level. True enough, Eugenio Castellotti and Luigi Musso had raced with some distinction, but the philosophy at Maranello in those days was to sign more drivers than needed, so that they were always competing with each other for a drive in the next race. Castellotti and Musso, braver than was good for them, were both killed in Ferraris.

It was Musso’s death, at Reims in 1958, which led Count Johnny Lurani to come up with the idea of Formula Junior, in the hope of creating a breeding ground for world-class Italian drivers. Baghetti decided this was for him, and in 1960 won the Italian title with a front-engined Dagrada-Lancia.

Not unnaturally, he harboured dreams of one day driving for Ferrari, but in fact Enzo’s inclination was increasingly to look outside Italy. Within 18 months, he had lost not only Castellotti and Musso, but also Alfonso de Portago and Peter Collins, and he had been roundly denounced by large sections of the press.

“‘The Old Man was getting criticised to hell,” remembers Phil Hill, “and of course the Vatican pitched in, saying racing should be banned, and Ferrari was a killer of young men, and all that stuff The Vatican always pitched in…”

That being so, Ferrari was not predisposed to sign any more Italians, for when the country’s own sons were involved in tragedy, the condemnation of him was always especially vociferous. But as so often with this unpredictable man, it put him into conflict with himself; for in his heart what he wanted most was to see Italian drivers winning for Ferrari.

What followed was a classic Maranello fudge. For 1961 the factory F1 drivers were Hill, von Trips and Ginther, but it was suggested to Eugenio Dragoni (later a highly controversial Ferrari team manager, but then operating the small Scuderia Sant Ambroseus) that perhaps he might care occasionally to run a fourth car for a promising Italian.

Thus Enzo was able to keep faith with his patriotic stirrings, but was also — since it would not be a factory-entered car— distanced from potential censure, should anything go awry.

Initially, Lorenzo Bandini, another star of FJunior, was favoured for the drive, but in the end a scarcely believing Baghetti was chosen. This was the first year of the new 1.5-litre F1, for which Ferrari was very well prepared, and the British teams emphatically not. Lotus, Cooper and the rest had early notice of the form the season would take: at Syracuse, there were no works Ferraris on the entry list, but the ‘private’ car was down to run, driven by one G Baghetti.

The following day’s sports pages were full of it. This unknown rookie, and this dramatic new `sharknose’ car, had won at their first attempt, with only Gurney’s Porsche offering any real opposition. Ferrari, the papers suggested, was going to waltz away with the season, and they were right, although at Monte Carlo and the Nürburgring the works cars were beaten by the genius of Moss.

As Stirling won perhaps his greatest race, in Monaco, that same day Baghetti took part in the Naples GP where, against minimal opposition this time, he won without problem. His first championship race would be at Reims, and there, it was widely assumed, he would get his first touch with reality.

Not so. Giancarlo may have qualified only 12th, but he made swift progress in the early laps, and when the factory Ferraris failed, for once, the French Grand Prix came down to another battle between Baghetti and Gurney, Dan getting help on this occasion from team-mate Jo Bonnier, the two Porsche drivers attempting unsuccessfully to unsettle Ferrari’s upstart by crowding him.

What you needed more than anything at Reims was horsepower, of course, and Baghetti’s car unquestionably had more of that than Gurney’s, but on Dan’s side were guile and experience. On the long run to the flag, he put the Porsche squarely in the middle of the road, and held it there. Baghetti feinted left, saw Gurney glance in his mirror, and jinked right, timing the move to perfection.

Dan could have blocked him but, as he says, you didn’t do that sort of thing back then: “I’ve got to admit, it crossed my mind! But no one blocked in those days and, anyway, Baghetti did it just right — he deserved to win.”

In 1962 Giancarlo drove occasionally for Ferrari, but by now the cars were overwhelmed by the British teams, and after a quite disastrous ’63 season with the fledgling ATS outfit, his career faded away. Following a desultory time in ’64 driving Scuderia Centre-Sud’s elderly BRMs, he confined his F1 appearances to the Italian Grand Prix, in which he drove a Brabham in ’65, a Ferrari in ’66, and a works Lotus 49 in ’67. The following year he retired for good. This was an F1 career such as probably will never be seen again — a career in reverse, with all its success at the very beginning.

Perhaps, given his money, his taste for the sweet life, Baghetti never had the desire of the great ones; perhaps, for that matter, he never had the ability, either. But although Villeneuve came close in Melbourne seven years ago, it seems more than unlikely that anyone will ever again win his first GP. Baghetti, who died of cancer in the autumn of 1996, was a delightful man, who never lost his love for motor racing, and would invariably show up at Monza each September. When I asked him once how he looked back on his time as a driver, he laughed: “I should have retired at the end of 1961 — then everyone would remember me as a phenomenon!” 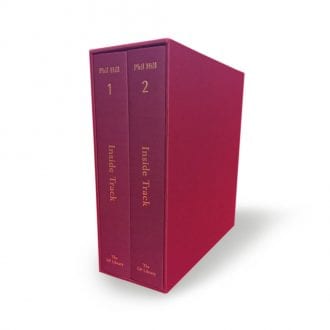