It’s been long awaited, this autobiography of the man Stirling Moss would have in his ideal team, yet Tony Brooks has extraordinary recall not only of his own races but also what everyone else was doing on the track. Perhaps this was part of his innate talent.

It’s clear the young dental student knew he had skill – after only two seasons of sports car racing he wrote to John Wyer, who after testing offered him a Le Mans drive – but he talks about luck and leaves the verdict to others, quoting reports rather than blowing his own trumpet. Typical of this diffident man, who dislikes fuss so much he didn’t feel he deserved to wear race overalls until after he had joined the BRDC.

It was books and magazines that sparked the young Tony Brooks’s interest in motor sport. With his enthusiasm boosted by visits to Prescott and Shelsley Walsh, Brooks practiced his craft…

Sometimes he lets his own excitement bubble up, as when he receives the call to drive the Connaught at Syracuse – but he still recalls which dentistry books he packed to study on the trip. And after that breakthrough Brooks is more worried about a speech than being the hero of the day. It’s the polar opposite of Duncan Hamilton’s Touch Wood: you trust every detail, there’s no scandal, and the nearest Tony gets to a booze-up is drinking 15 cups of tea after a bruising race at the ‘Ring.

This is as well-researched as any history and says almost as much about rivals as about himself. Brooks is not too saintly to criticise, but there’s not an unpleasant word even over his dispiriting 1961 BRM season. And having decided to retire he goes without real regrets – not even over missing out on the World Championship. There is another moment when his emotions shine through – a lyrical passage when he describes driving an Aston round Spa. It illustrates why the book’s title fits; the satisfaction of exercising a rare talent for the pure joy of what he calls an ‘ethereal’ experience. It completes the warm picture of a satisfying life. 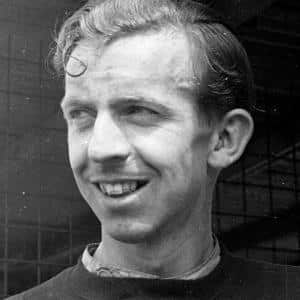