You know how you can never find a petrol pump when you really need one? There’s a place in Derbyshire where you’ll find as many as you want. And since they don’t have any fuel in them you can take them away. Automobilia-UK does a steady trade in restored forecourt petrol pumps among much other automobilia, and proprietor Rob Arnold says that it’s not just for private collections. They’re a regular source of colourful accessories for Goodwood, the London and NEC classic car shows and even motoring wedding receptions. The website is vibrant with advertising signs, oil cans, tins and pourers, and counter sales material.

“We do a lot of work supplying props to TV and film companies,” Rob tells me. “We worked with Disney on Dumbo – they had about 40 set-dressing items from us. We had just restored the pump they chose, but they took it to their art department and distressed it. When it came back we liked the look so much we kept it like that.

And we supplied many props for Grandpa’s Great Escape, with David Walliams and Tom Courtenay.”

It’s not always behind-the-scenes either. “I’ve appeared as an expert or valuer on Posh Pawn and Wheeler Dealers, and Salvage Hunters came to the showroom to film,” Rob says.

As he’s been in the business for 52 years, he reckons he is the first port of call for anyone who is selling pumps. “They are big business now, but I was in at the beginning when there wasn’t much interest and I could buy maybe four in a day. Now I buy whole collections – at one point we had 70 pumps in stock ready for restoration.”

Some of that stock will be returned to its original Esso or Jet liveries to decorate a garage, with the glass globe on top; some will be personalised for a collection, or as attention-getters in shop windows.

“We did a Williams-liveried pump for Nigel Mansell and then a Ferrari pump for his Devon race track, too. Then we donated one to Jackie Stewart’s dementia charity (inset), and we sent four BP pumps to their HQ in London.”

What about the plague? “Before lockdown we had the showroom. As soon as it happened, things went crazy – people were looking at the website thinking ‘yes, I’d like that’. We’ve more or less closed the showroom and it’s all online.”

It helps that over the years the firm has accumulated a loyal client base. Rob is also proud of the personalities he connects with. “We did a Stirling Moss pump, which he signed. That went into the Belstaff shop on Bond Street. We also supplied two pumps for Ralph Lauren in London, and worked with chef James Martin on his Petrolheads Lunches.”

Now approaching 70, Roy says he’s trying to slow down. “I’m turning a lot of TV stuff away, but it’s hard because it’s my hobby as well as my business. I was collecting when I was a car salesman but I gave up that business to follow this and it just took off.”

So after talking with Rob, my advice is, if you run a petrol station and you’re about to convert to electric charging points, don’t scrap those pumps – their time will come.

One of those once-vital pieces of pit equipment which has diminished in importance with the arrival of excellent radio links, this came with the fantasy pairing of ‘Vettel’ and ‘Schum’ in place. Even this is made in carbon fibre – we don’t want to tire out the pitcrew. It’s a perfect display piece for a tifosigarage, or it could – sacrilege! – still be used for its original job.

SOLD for above estimate at £5080
Artcurial

Decorative items which also perform a function have extra desirability in the automobilia arena, so a clock with a racing connection is a nice pairing. Not everyone will remember KLG spark plugs – Too Good to Miss – but these time-telling adverts were a common fitting in petrol station kiosks in years past. Dating from the 1940s or ’50s, this has a metal face with great patina (nice and grubby) and a working mains-powered clock movement.

Those illuminated glass globes which once topped petrol pumps are fragile, and not too many survive. As pumps have become a popular accessory for a private garage, reproductions have appeared but for the serious collector only the original will do. This rare example, promoting a now defunct fuel brand, has managed to make it, boasting a degree of fading to prove its age.

Enzo might have struggled to accept that when you remove the engine and front suspension from a modern F1 car this little bathtub is all that’s left.

It may look like a flimsy plastic moulding but this is in fact the carbon-fibre tub from Gerhard Berger’s 1995 412T2, which carried him to several podium positions. You can’t race it any more, but it’s the perfect seat for your sim.

“The 2011 Henry Surtees ‘H’ trophy is my most treasured possession. I was Henry’s team-mate in the 2008 Formula Renault season and, after his sad passing the following year, there was an annual karting challenge to raise funds for the Henry Surtees Foundation. It was always an emotional event for me. One year I was running fourth in the final, and then people hit trouble in front of me and I ended up winning. It meant more to me than any other race success I’ve had. Receiving the trophy from John Surtees was incredibly special. I get a warm feeling when I see the trophy; what it represents is hugely sentimental.” 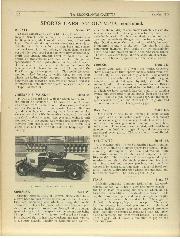 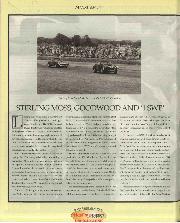 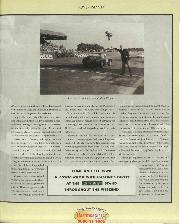 Looking back, it was a race to mark the end of an era, although there was nothing to suggest it at the time. The 1%1 Goodwood Tourist Trophy was business… 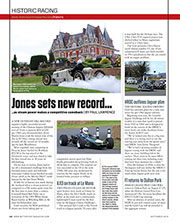 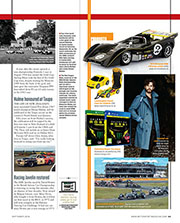 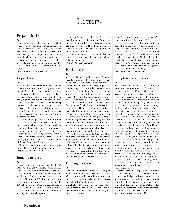 Sir, While always enjoying reading in Motor Sport about the ‘good old days’, I was a little confused after reading Mike Doodson’s otherwise excellent piece on the trials and tribulations…