Porpoising has made its reappearance in F1 after a break of four decades – from when cars last ran venturi underbody tunnels. Even the two fastest cars of the early season races, the Ferrari and Red Bull, are controlling it rather than eliminating it.

But the way each is doing it seems to be quite different, perhaps because the aerodynamic concepts of the two cars are so dissimilar, as suggested by their radically different sidepod designs. Whatever the reason, Red Bull has been running noticeably less rear wing than Ferrari and has greater end-of-straight speed as a result. With its bigger wing, the Ferrari has tended to be a little quicker in the corners which, combined with its better acceleration, has offset the penalty of the lower terminal speed.

The question is whether Red Bull’s choice is driven by a need to keep the caraway from a porpoising threshold, or if the porpoising is well controlled even at higher downforce levels and that the low wing gives the optimum lap time simply because the under body works so well.

The Ferrari suffers from the bouncing phenomenon noticeably more than the Red Bull, perhaps as a consequence of the bigger wing. But the bouncing only seems to be triggered when travelling at very high speeds and if those speeds are higher than the fastest corner speeds, the bigger wing can still be used to confer a downforce boost at lower speeds. 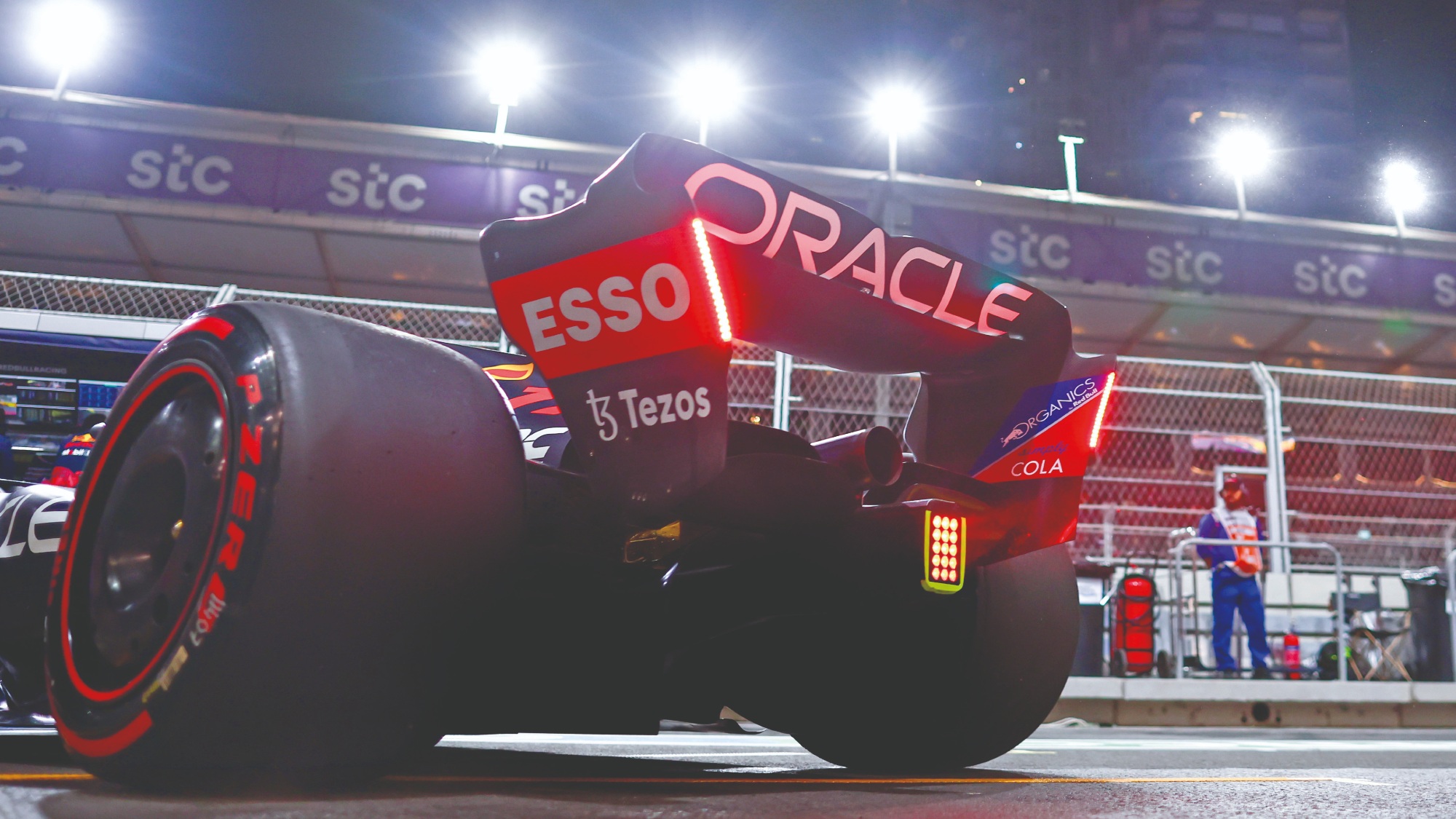 Mercedes is not in that fortunate position yet and actually needed smaller wings than were available at either of the first two races– wings which had simply not been manufactured yet, as the wing choices had been based around simulation. On the W13 the porpoising was severe enough that it was in the speed range of some of the corners in Bahrain during practice and given that it didn’t have a lower-downforce wing available to counter that by reducing downforce (and therefore how low the car ran at higher speeds), it was forced instead to increase the static ride height. This gets around the porpoising problem by dumping much of the downforce but – unlike with a smaller wing– without any accompanying benefit in lower drag. If the porpoising is insisting the downforce must be surrendered, far better to do it with wing than ride height. But the parts shortage meant Mercedes couldn’t even do that.

Previously, a bigger range of available wings might have been readied pre-season as a contingency, even if it was believed they would likely not be needed. But in the era of the cost cap, top teams which are operating close to the cap cannot afford to do that. Ina further irony, money now being spent on the Band-Aid solution to the floor problem means less resource available for the fixing of the root cause of that problem.

There is considerable variation between cars in the configuration of the venturi tunnels and the sidepod shape surrounding them. The underfloor performance will bean outcome of that combination. The sidepod shape and outer floor edge contours determine how well the airflow travelling through the tunnels is sealed. The faster it flows, the more negative pressure it will create under the floor. The better it’s sealed the faster it will flow.

But there’s also the question of the mass of that airflow, not just its speed. The sidepod geometry and its mass also determines how much of the airflow goes down the lower flanks and how much through the tunnels.

There’s a trade-off to be made there. If there is too much mass airflow travelling through the tunnel for how fast it can be made to go it will reach a stall point, typically at a high car speed. The ‘choke region’ is the part of the tunnel running close to the ground between the inlet at the front and the expansion ramp at the back. It is this which creates the low pressure which sucks the car to the ground but also where the flow will stall if there is too much mass airflow and speed for the space. Which will then see the air pressure increase, that suction on the floor be released and the car rising on its suspension, unblocking the stall and beginning the process all over again. That up and down motion is heave. 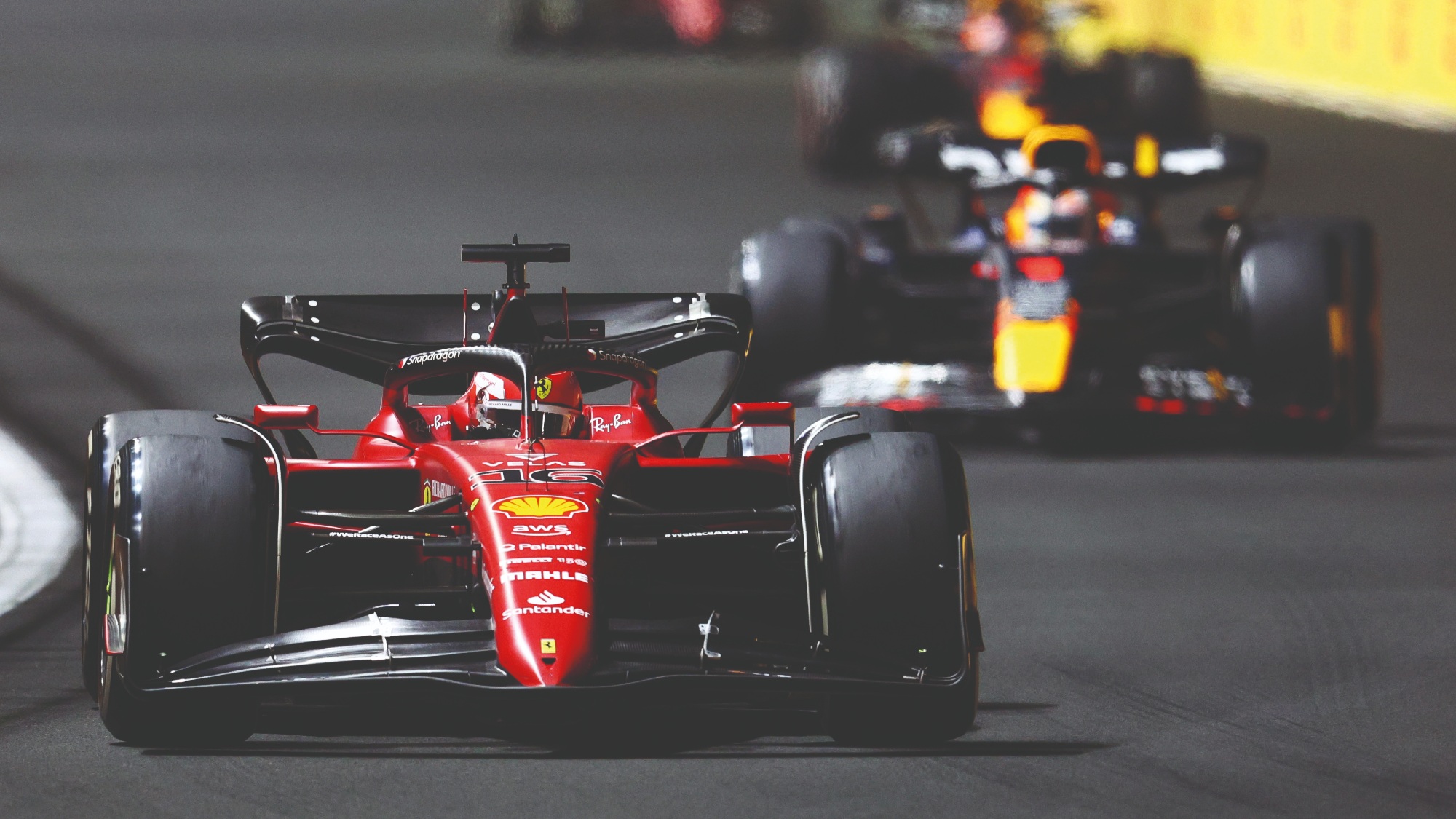 Ferrari and Red Bull are both coping well, with Ferrari simply accepting the bounce rather than trying to cure it outright

Where that choke point is situated relative to the rest of the car – in terms of centre of gravity and centre of aero pressure – will determine how much leverage the heaving motion carries. More leverage will amplify the effect as the greater pitching and diving will alternately decrease and increase the effectiveness of the tunnel to a greater degree. If the heave and the pitch are in the same frequency range they reinforce each other.

In the past and in other categories, rear axle lines were moved further back in response to this problem, but most F1 cars are now at or close to the maximum permitted wheelbase. If the stall point is towards the rear of the tunnel’s choke region it will exert more leverage and a more powerful pitching motion. If the rear corner of the floor is unable to withstand the suction being exerted on it by the tunnel and begins to be pulled down, then it will tend to induce that stall by further constricting the choke region – and at a place which exerts a lot of leverage. Making that part of the floor rigid enough not to effectively act as a cantilever is extremely difficult.

The Mercedes underfloor is evidently trying to create a lot of downforce, more than the corner of the floor can handle. But the floor’s rigidity may not even be the problem but simply aggravating it.

Everything will be under review as the team tries to understand this – from the contours of the tunnels, to their height within the chassis and suspension control