IT is not very long since the mention of anything in the way of a motor cruiser conjured up visions of something costing not less than 2500, and usually more if any real accommodation was required. In all cases the only type of craft available had inboard engines, and it is doubtful if any one would have considered purchasing any other type, as the outboard unit was regarded as only fit for use on a dinghy, and rather a nuisance at that.

Owing to the space required by an inboard unit it was not possible to make a serviceable craft less than about 30ft. in length, and this in turn meant that a fairly powerful engine was required if any reasonable performance was to be obtained. This, in turn meant that a simple low priced engine was out of the question, and a 4-cylinder unit with its necessary equipment, costing well over 2100, kept the cabin cruiser proper out of reach of the means of the small boat man.

In the last few years the outboard engine, as a result of racing experience, has become an extremely reliable proposition, and develops remarkable power for its size and weight. So far this power has been largely applied to racing hydroplanes, and though this is a very interesting side of the sport it has rather tended to overshadow the possibilities of the outboard for other purposes. Now however a few people have begun to recognise some of the other advantages of the outboard engine, and one of the latest developments is the introduction of the outboard cruiser.

For the man who wants to own a real cabin cruiser on which several people can sleep, but who cannot afford the large type of boat referred to at the beginning of this article, the outboard cruiser becomes a very attractive proposition. The craft at present available to the public fall readily into two classes. The first, and at present the most numerous is the light fast hull, stepped in some cases, with cabin accommodation for about two people, designed entirely for use on rivers and other sheltered

waterways such as the Norfolk Broads. The second class, and one which we think will in time make a greater appeal to the real cruising man is the heavier type of craft of comparatively deep draft, and with a much lower speed, which can be used at sea in any weather which the small inboard cruiser can cope with.

In both classes the main advantage of the outboard is used to the full, that is the fact that the whole of the hull is used, instead of a considerable portion being required for the engine.

Among the first class mentioned above there are some for which remarkable speeds are claimed.

The Wright cruiser handled by the Elto Motor Sales Co. and powered with an Elto quad. engine, is made in two sizes, the 18 footer costing £105 and the 20 footer costing 2120. As 18 m.p.h. is possible with this and 12 m.p.h. with a Speedster power unit, it will be realised that these craft are now capable of a performance which was first obtained on racing hulls only a year or so ago. The Knight cruiser may be seen at Kensington-Moir & Straker Ltd., who are sole distributors and the price of this is only 298 and the speed with a ” 32 ” Johnson engine is 17 m.p.h. These are only examples of this class of which there is a good choice on the market, and provided the owner is prepared to pick his weather, or confine himself to sheltered waters, these are certainly extremely attractive as it is possible to obtain the complete craft with engine for a price in the region of £150. This makes them comparable with the very cheapest class of car, and of course the upkeep expenses are considerably lower. When one comes to consider the seagoing class the choice is not so good, as it does not yet seem to be realised that the outboard is a seagoing proposition, and, most small seagoing cruisers have inboard engines of about 8 h.p. The modern heavy duty outboard develops quite as much power as these, and in the case of slightly larger craft originally designed for sail only, it is much easier to fit an outboard as an auxiliary, than

to go to the expense of the constructional alterations necessary for installing an inboard engine. Many people object to the outboard on the grounds that it is untidy to have an engine “hung over the

stem” but it is a simple matter in designing a hull to allow for the motor being enclosed in a light casing or let into the stern, and this is done on several speed boat hulls. A neat job is thus assured while the property of

detachability which is so convenient is not interfered with in any way. We hope it will be clear from the points we have raised that the man with 2200 or less to spend many now obtain

a thoroughly serviceable craft for cruising on river or sea, that the upkeep of it will be extremely low, and the possibilities remarkably attractive to the enthusiast who was previously unable to afford it. 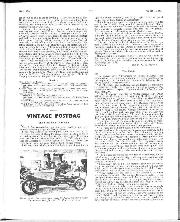 The First Four-W-D Car Sir, May I first congratulate you on your excellent and very valuable motoring magazine Motor Sport. I was very shocked on reading the letter from Mr.… 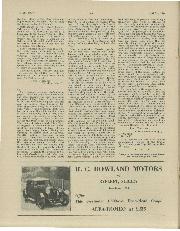 Sir, I have just received a parcel of motoring papers, including your September issue, and after reading the very interesting proposals of Capt. Moon, I feel the urge to put… 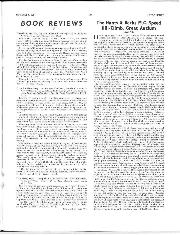 (Aug. 7th Once again the Hants & Berks Motor Club held their annual speed hill-climb at Great Auclum, near Reading. The programme of events catered for all classes of cars,… 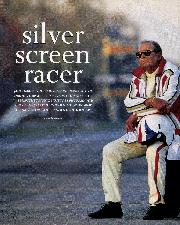 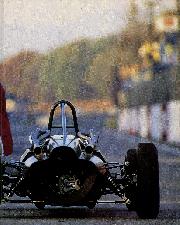 James Garner didn't just act in "Grand Prix", he drove F1 cars at race speed in it too. Now 71, he was brought to Monza just to be pictured with…