AT the Vale Motor Works, Portsdown Road, London, N.W., there has taken place a new and most interesting development in the small car world, the Vale Special.

This good-looking little car is the outcome of much thought on the part of its designers who set themselves the task of producing a car that would be safe at its maximum speed and would incorporate all those little points that the average small car owner thinks are his own ideas.

The spare wheel, for instance, is carried in a recess at the rear and adds to, rather than detracts from, the appearance of the car. The rear petrol tank has a filler cap in which is incorporated a dip stick, so that you can’t help seeing how much petrol you have every time you remove the cap.

Right in front of the driver’s eyes is a large S.S. hand-calibrated rev, counter, and beside it is the oil gauge—the two really important instruments. The passenger, meanwhile, has the company of the comparatively unimportant speedometer.

A full road test of the Vale Special will shortly be published in MOTOR SPORT, but a short run in it proved extremely interesting. It was impossible to gain much idea of the engine performance as it was still being run in. The stability of this little car, however, at once stood out. The first

corner was taken at a speed that would have made many cars lurch badly, but the Vale was dead steady. Before us was a wide road with a lamp standard in the middle of it. Our driver leaned towards us. “I am going,” he said, “to drive up to that lamp post all out in second, turn round it and proceed down the road without taking my foot off.” It was too late to jump out. The rush had already began. The lamp post flashed towards us—and we just went round it. A scream of tyres, of course,

and a gentle rear wheel slide, but absolutely steady. No lurch and no roll. “You do it,” said the driver. And so, never having sat at the wheel before, we found ourselves sliding round and round a lamp post in perfect safety.

The Vale Special is a very remarkable little motor car. The steering is dead steady and accurate, the suspension is extraordinarily good, and the road holding really exceptional.

We look. forward to a full road test of this car with the keenest interest. 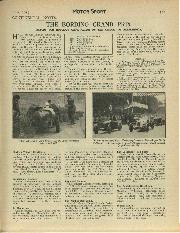 Chateau Thierry Hill-Climb. The unusual course is followed in the Chateau Thierry hill-climb of making competitors pull up dead on the finishing line. This year best time was made by… 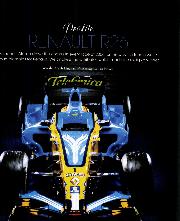 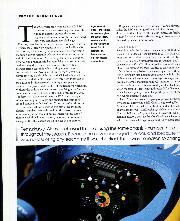 Fernando Alonso drove this chassis in every race of 2006, on his way to double world championships for Renault. We analyse the attributes which made it a multiple winner  The… 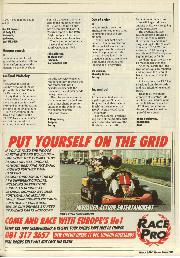 Sir, It is a shame that you managed to get me "first to Brighton" and also "failed to finish" in the same article (Brighton Run Recall, page 174 January). For… 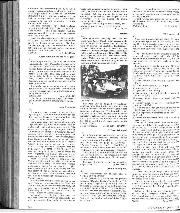 Sir, Your recent correspondence about the most popular real sports car in the world, i.e. the MG-B (I don't consider a car is a sports car unless it is a…