DRIVING THE M.G.-A AGAIN A Satisfactorily Controllable and Fast 1.6-litre Sports Car from a Famous Factory

IF you like a responsive, Open-air car it is akiays a pleasure to drive an M.G.-A. MOTOR SPORT tested this model in coupe or hard-top form in June 195’7, and last year our June issue carried a full report on the Twin-Cam version. The coupe’ was difficult to get into or out of. the Twin-Cain with disc front brakes splendid fun, hut noisy and an oil-drinker.

Recently I had the opportunity of trying Abingdon’s latest solution, the 1600. The plot has been to obtain increased speed and acceleration by adopting the greater swept volume of the Twin-Cam engine, while retaining the simplieity of the original push-rod o.h.v. cylinder head. This is a sound solution, because, due no doubt to production/financial Limitations, Abingdon made rather heavy weather Of adapting Henry’s 19l2 type of o.h. valve actuation to the M.G.-A, although, as the Goodwood T.’I’. race proved, these Twin-Cant M.G.s have now achieved a satisfactory degree of reliability.

The M.G.-A 1600, then, is a simple, comparatively outdated but eminently enjoyable, very fast, sports two-seater. It attains its notably good road-clinging qualities by fairly hard springing, which, however, doe* not result in any real discomfort for the occupants or more than mild scuttle shake. It is a car which can be placed very accurately through excellent rack-and-pinion steering which is highgeared (just under 21 turns, lock-to-lock) and which possesses useful. not vicious, castor return-action, ex hibits.absolutely no sponginess and kicks-back but mildly and then only over poor road surfaces. Moreover, the sprung wheel is-sensibly set low, well below the driver’s line of sight.

The bucket, seats, the backs of which fold forward to give access to the sidesereen stowage On a shelf mainly occupied by the horizontally-mounted spare wheel, could with advantage provide more support for the occupant’s legs towards the knees. and perhaps the pedal positioning isn’t ideal for pedantic people who insist on heeland-toe work even in this age of synchromesh. But the M.G.-A 1600 has a delightfully placed rigid, remote control gear-lever controlling a most enjoyable gear change, while it is pleasing to find the traditional fly-off hand brake. The letter is set very close to the propeller-shaft tunnel, hut this would only be inconvenient to those who wear skirts and we know that girls who drive sports M.G.s do so in skintight jeans.

Visibility is slightly impeded by a curved scuttle and far more so by the facia-mounted mirror but, even so. both front wings are visible to a driver of average height. Those who prefer a full-arms-streteh driving stance will grumble that the seat does not have sufficient range of adjustment. Leg-room is good, with ample means for resting the left foot clear of the clutch pedal. The summer of 1960 being what it was, on only one day did I venture to put the hood down. Open, the M.G.-A 1600 is a delight and

gains in mechanical quietness so rigged. In bad weather the closefitting hood kept out heavy rain in all but one place, while the very easily fitted Perspex sidesereenswith sliding panels are extremely praiseworthy. being rigid and easy to open. I feel, however, that in our damnable climate the true convertible coupe is what fresh-air lovers really need. I recall with deep admiration a Jowett Jupiter once on MOTOR SPORT’s long list of staff cars, for this could lie closed up in a moment and, thus closed, was a truly snug coupe., perhaps at the expense of thick screen pillars. I have yet to sample the Triumph Herald Convertible but it looks to have more in common with a normal tourer than this luxurious Inpiter.

To revert to the M.G., the hood, of course, stows away under a cover when not in use, but a full-length tonneau cover to conceal the seats when the car is parked is apparently an extra. The facia is of metal, with crude, sharp under-edges. It carries the usual array of M.G. instruments and controls, including neat 120-m.p.h. speedometer with trip (with orange ” tenths “) and total odometers, and a tachometer reading to an exciting 7.000 r.p.m., an orange warning band being used from 5,500 to 6,000 r.p.m.. red thereafter. The slender white needles of these instruments move in the same plane hut that of the speedometer was inclined to float and at certain speeds blanked the trip reading, which might make a rally driver go mad. There is a sort of token crash-padding above the facia.

There is a combined oil-pressure/water-temperature gauge and a separate petrol gauge, the latter of little value for judging the tank contents. however. The horn button remains in the centre of the facia and an Old-style control, also on the facia, works the directionflashers, neither of which is altogether convenient. The various indicator lamps are decently subdued and there is rheostat control of the instrument lighting. which, however, is never very bright.

Today’s small sports ears are fully equipped and thus the M.G. has heater and demisting controls, an radio. screen-washers and provision for fog-lamps, while a good item is the hooded map’ light, with its own switch. directly before the pa,ent;er, for the hectic occasions when he or she ii a navigator. The mix turc-enrichening

control for the twin S.F. carburetters is labelled “—for choke-a ease of vintage thinking. The horn, but not the wipers, works with ignition off.

The doors rely on wire ” polls ” to open them and as there are no external handles, if a ” pull ” breaks you are just about trapped, should the hood be up. The hood has a truly large rear window, enabling t he driver to reverse as in a normal saloon. Both bonnet panel and boot lid have to be propped open, and the latter eanitin be lifted until a toggle, down behind the passenger’s scat, has been l’oond and pulled out. As this is not spring-loaded it has to be returned before the boot can he shot. With the bonnet lid open. plugs and dip-stick are very acces.ible. the it reason ably SO. COO till Ited WI page 847 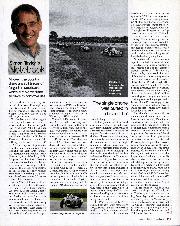 All over the country there are still traces of forgotten racetracks which put old wartime airfields to primitive use In Hampshire the other day, on the A338 between Fordingbridge and… 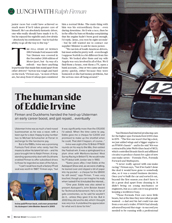 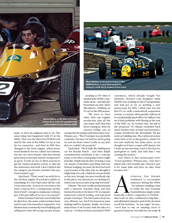 Ulsterman Irvine was as much a hard-nosed businessman as he was a racer, with a keen eye for a deal. Happy to play number two to Michael Schumacher at Ferrari… 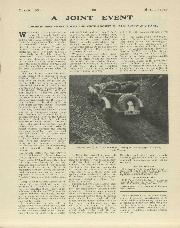 The Yorkshire S.C.C. has issued neatly printed Regulations appertaining to its Closed Trials, supplementary regulations governing each individual trial being sent out just beforehand. This is an idea which should… 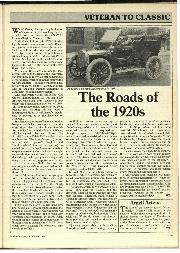 The fate of the historic Argyll factory outside Glasgow still hangs in the balance. While there are proposals that it should become the home of Dumbarton District Council, the Labour…