Behind the superficially innocuous mid-season ban on FRICS (front-rear inter-connected suspension) is a story of classic F1 intrigue and below-the-radar competitive edge.

The technology has been in F1 since Renault introduced it in 2009 and was subsequently adopted by pretty much everyone. Essentially it confers a small but significant aerodynamic advantage, mainly in the slow corners when the car is normally running at its highest and where downforce is at a particular premium.

Making a low front ride height feasible has also been at the heart of the trick flexibility of Red Bull’s nose and ‘tea tray’ arrangement (the leading edge of the floor that protrudes under the nose). This has been key to Red Bull’s aero performance since at least 2010 and is why its cars can run levels of rake (nose down/tail up) more extreme than any other. The more rake you can run without the airflow becoming detached, the more powerfully you can make the underfloor and diffuser work. The usual physical limitation to this is the tea tray grounding out. Over the years Red Bull got around this by laying up the carbon fibre in such a way that the tea tray flexes upwards out of the way as the car is compressed downwards by the downforce at speed. Yet the tray can still pass all the static load tests imposed by the FIA. Other teams have not been able to replicate this technology, the key to which is believed to be an exclusive-use agreement Red Bull has with the software company that combines FEA stress analysis with CFD aero simulation.

The benefits of this technology and FRICS differ, but there is some overlap because both allow a lower front ride height than would otherwise be the case.

Earlier this season we began to hear odd stories about how F1 could perhaps re-introduce sparks from bottoming cars ‘for the benefit of the show’. That was a disingenuous explanation. Recreating incandescent titanium showers from the late ’80s/early ’90s was not this idea’s real trigger. It was suggested by a team other than Red Bull, with the aim of preventing Red Bull being able to use its trick tea tray technology. If the limitation to ride height was set by titanium blocks, then the bendy tea tray would become obsolete, or at the very least be limited in its effectiveness. Mercedes trialled the skid blocks during practice at Austria and they could yet be introduced next season.

Over the years Red Bull has constantly had innovations declared no longer legal – more so than any other team, but probably only because it was coming up with more innovations than anyone else. This seems to be another one.

So was it too surprising that Red Bull was one of two teams (the other being Ferrari) behind questioning the legality of FRICS? You might imagine an attitude of, ‘If we can’t have our bendy floor, maybe you shouldn’t have FRICS.’ If that FRICS ban could be pushed through with immediate effect, then for the balance of the season, at least, Red Bull would still have the benefit of its trick tea tray, still able to have a tiny front ride height – even without FRICS. So this is how the cars ran at Hockenheim. For the purposes of comparison this was not ideal – because the track’s layout, with its low ERS harvest opportunity and three long ERS deployment straights, is perfect territory for the efficiency and power of the Mercedes engine to punish the Renault-powered Red Bull, almost as much as was Austria for the same reasons. The Red Bull was more competitive than at Austria, but still significantly slower than the Mercs and Mercedes-powered Williams and less competitive than it has been at more conventional tracks. Even a McLaren-Mercedes managed to squeeze ahead of both Red Bulls on the grid. So it might have been that banishing of FRICS but the retention of the trick tea tray had allowed Red Bull to be more competitive than it would otherwise have been, but it was an unsatisfactory experiment and we’ll just have to await form in subsequent races before drawing any conclusions. 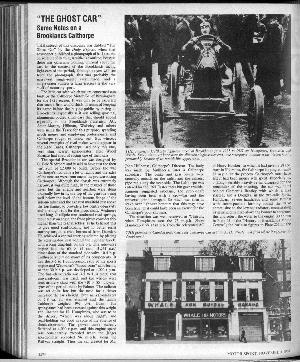 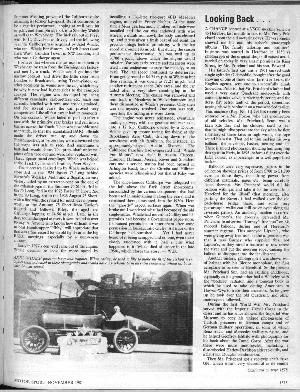 Some Notes on a Brooklands Calthorpe The subject of this discourse was dubbed "The Ghost Car" by the Daily Express, when that newspaper published a photograph of it, I assume… 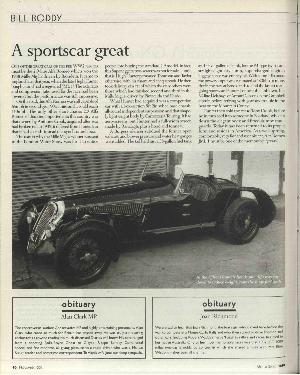 Alan Clark MP The controversial author, Conservative MP and highly entertaining personality Alan Clark, who cared so much for Britain, has passed away. He was truly a motoring enthusiast, as… 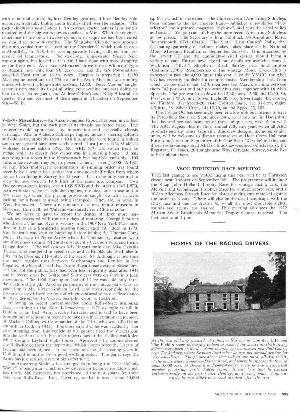 Homes of the racing drivers 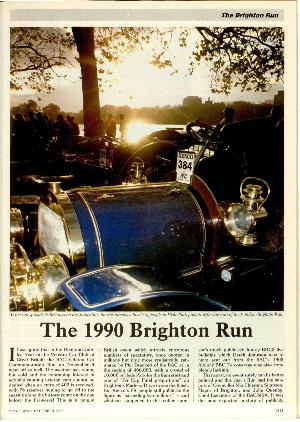 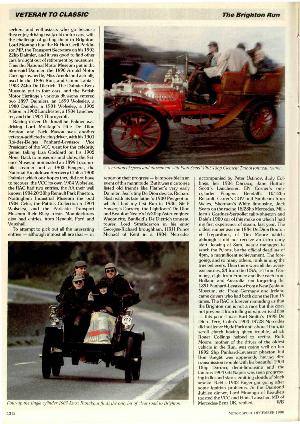 Veteran to Classic - The 1990 Brighton Run

It was good that in the Diamond Jubilee Year of the Veteran Car Club of Great Britain the RAC Veteran Car Commemoration Run on November 4 went off so well.…