How to capture the passion, speed and atmosphere of Formula 1 on a sheet of paper? It’s a challenge that has been taken up by numerous talented artists and we’ve picked some of the best results below.

There are posters that celebrate great champions; legendary drives; and charismatic races; along with those that commemorate Formula 1’s long heritage too.

Scroll down for our selection, or click below to view the full poster collection in the Motor Sport shop.

The artwork has been produced in a limited run of 1,500 and includes hot-foil silver embossing.

Alain Prost and Ayrton Senna won 15 of the 16 races during the 1988 Formula 1 season; the McLaren team-mates making their car the most dominant that the series has ever seen.

The iconic machine and its achievements that year are remembered in this poster. Shoes not included.

Designed to celebrate Schumacher’s winning season in 2002, this unique piece only has 500 copies; each one specifically numbered. With the latest 3D modelling technology used to design it, this poster can be shipped globally from Europe; making it a must have for any Schumacher fan.

From Jackie Stewart’s 1969 championship-winning year, this poster recreates the famous image of Jackie Stewart’s Matra MS80 flying through the air at the Nürburgring during that year’s German Grand Prix. A donation will be made to Sir Jackie’s Race Against Dementia charity with every purchase.

Designed to celebrate Williams’ 750th race at Monaco Grand Prix 2021, this 3D modelled poster is the ideal gift for any Williams fan.

Sir Frank Williams and Sir Patrick Head, started a spectacular journey when they founded the organisation in 1977 as only two other teams have ever reached the feat of 750 races.

Formula 1 celebrated the 70th year of the World Championship in 2020 and produced a series of limited edition posters to mark the occasion. Each decade was represented with an iconic car from the era, and none is more distinctive than Nigel Mansell’s Williams FW14B, with which he won the title in 1992. 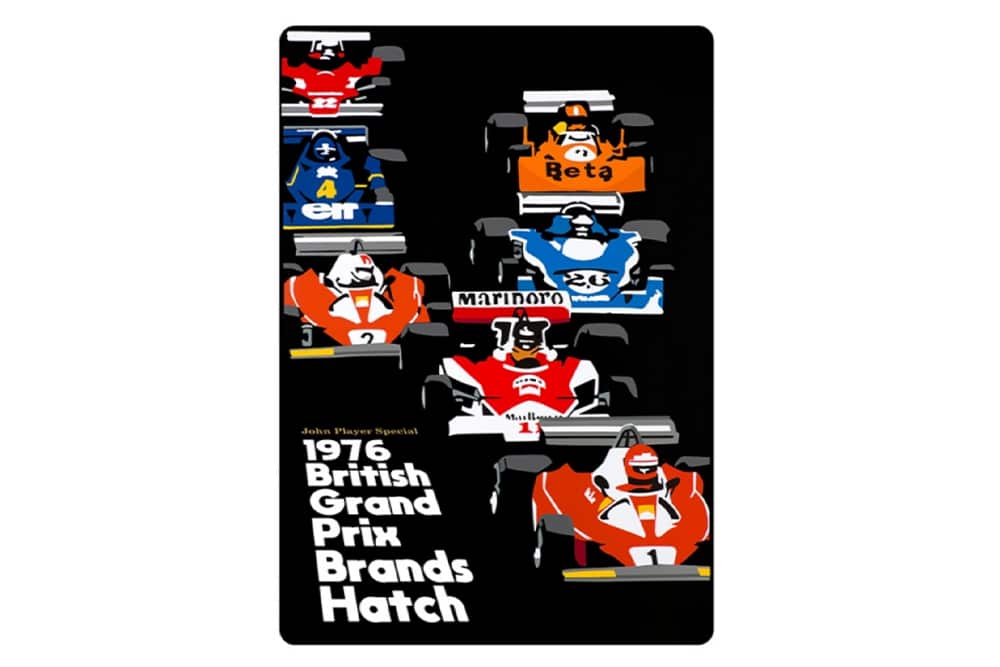 A vintage-style poster for the 1976 British Grand Prix featuring the Formula 1 grid in action. Artwork by Joel Clark.

Unique large format art print featuring the livery of  Formula 1 cars from 1950 through to 2009. This epic art print measures 174cm by 50cm and is printed on luxurious 270gsm heavyweight satin paper.

Jim Clark’s victory at the non-championship 1964 Solitude Grand Prix is the subject of this atmospheric John Ketchell print — one of several available on the Motor Sport shop.

In conditions reminiscent of the recent Turkish Grand Prix, Clark led from the start in treacherous conditions and battled with John Surtees while the rest of the field just concentrated on staying on the track.

The sunshine, glamour and character of the Monaco Grand Prix is captured brilliantly in this Joel Clark poster, featuring James Hunt at the 1975 race.

The Hesketh 308 is shown powering out of the tunnel, in this stylised artwork.

After a disastrous pitstop in the 1957 German Grand Prix, Juan Manuel Fangio found himself in third place and the best part of a minute behind second-placed Peter Collins. What happened next remains part of Formula 1 folklore.

Ten laps of the Nürburgring later, the maestro had caught and passed Collins, setting nine lap records along the way. He then sped up to race leader Mike Hawthorn and swept into the lead to take one of his most famous victories.

They don’t make them like this any more. This original picture from 1969, features an intricate illustration of Graham Hill’s Lotus.

Stirling Moss famously won the Monaco Grand Prix at the wheel of a Lotus 18 that was slower than the chasing pack of Ferraris – but had a master behind the wheel.

Black Friday deals 2022: save on racing gifts and subscriptions

The Motor Sport Black Friday sale is live! For a strictly limited time, take advantage of our subscription offers and save up to 40% on unique racing models, books, art,…

The best car advent calendars for 2022

Advent calendars for car lovers include everything you need to make a scale model classic car or modern icon behind their 24 doors. We've selected the best examples for 2022 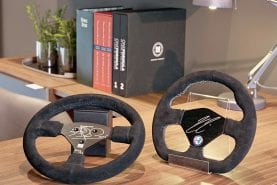 Motor Sport shop gift guide When you're buying for the motor sport fan who seems to have it all, then you'll need something out of the ordinary. Fortunately, there are…