One might be mistaken for thinking the Motor Sport Hall of Fame is full to the brim of all racing’s legends already – but it might not quite be the case.

You can vote for the potential ‘Legend’, as well as for the other categories, at the bottom of this page.

Can a driver win three Formula 1 world championships, mop up 23 wins and for a period become a byword for motor sport in their vast racing-mad homeland and yet still not be inducted into our HoF? They can indeed.

Is it possible for someone to become the only female driver in history to both win a WRC round and regularly mix with world champion team-mates and rivals in rallying’s most fearsome era, and yet still not be elected to the legends’ table? It certainly is.

And might someone be one of the main British faces of F1 during one of its most powerful iterations, get within a whisker of the F1 championship and then come to be regarded as an expert broadcaster and authority on the subject in later life, yet still be dismissed as a legend of their sport? In this instance it’s true.

The parties concerned, Nelson Piquet, Michèle Mouton and John Watson, all made their own individual and historic marks on their chosen disciplines and have not (yet) been elected to our Hall of Fame.

The first candidate, Nelson Piquet, beat a path to the upper echelons of grand prix racing as much by sheer will-power and determination as he did driving talent. 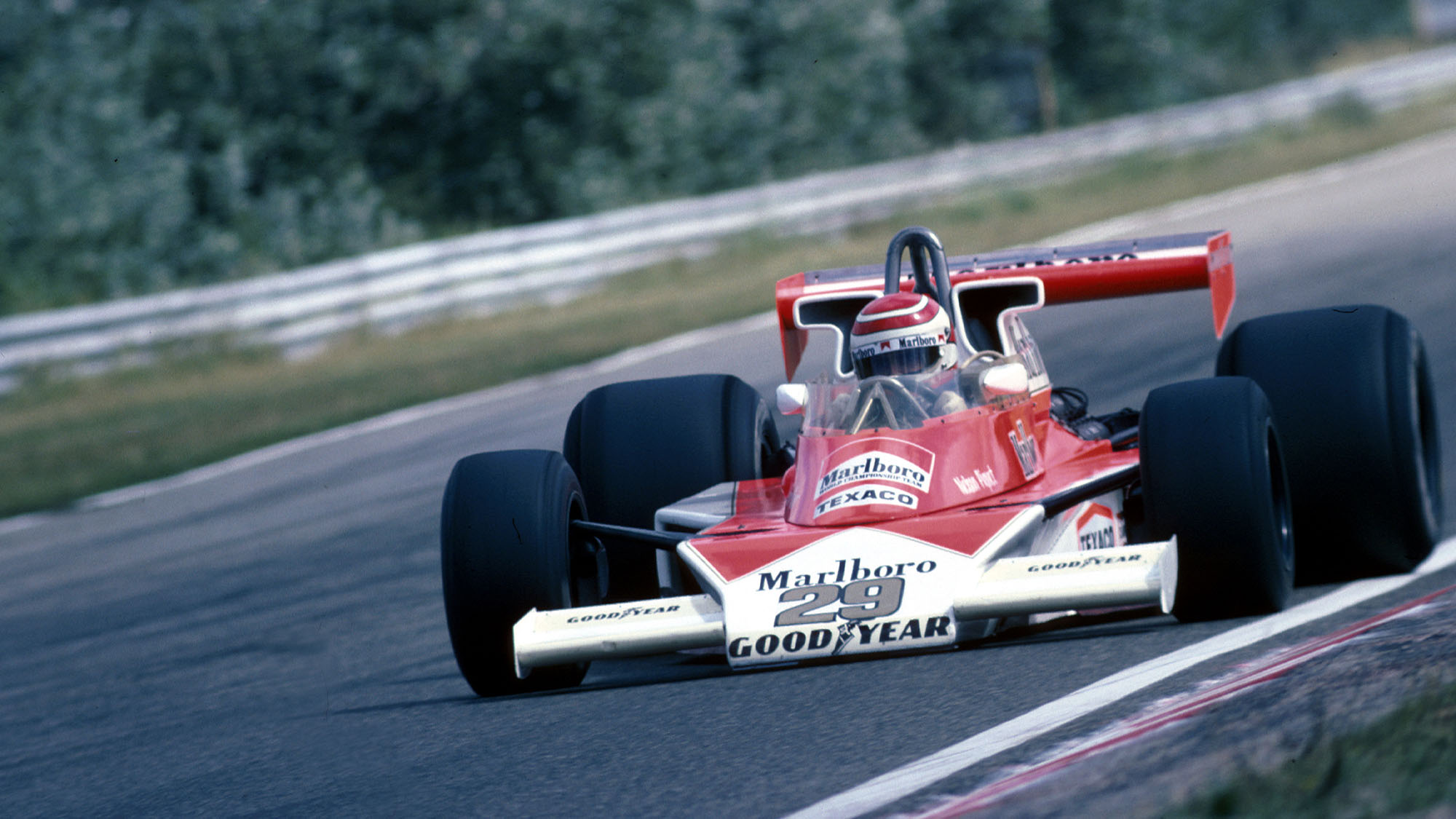 Piquet in his debut F1 year with McLaren in ’78

After building his own Super Vee car and winning the Brazilian championship in ’76, he migrated to Europe the next year to see how he measured up, and finished third in the European F3 championship with his own small band of Brazilian mechanics.

The team did it their way, bringing in innovations such as tyre warmers and a sponsorship deal based purely on race wins – of which there were many.

The next season he won one of the two British F3 titles, the BP, and came in runner-up to Derek Warwick in the other, the Vandervell.

Such was Piquet’s obvious skill and will to win, he was seconded that year into F1 to drive an Ensign at the 1978 German GP, then three races in a privateer McLaren M23 before he finished the season in the team with which he would become synonymous – Brabham. 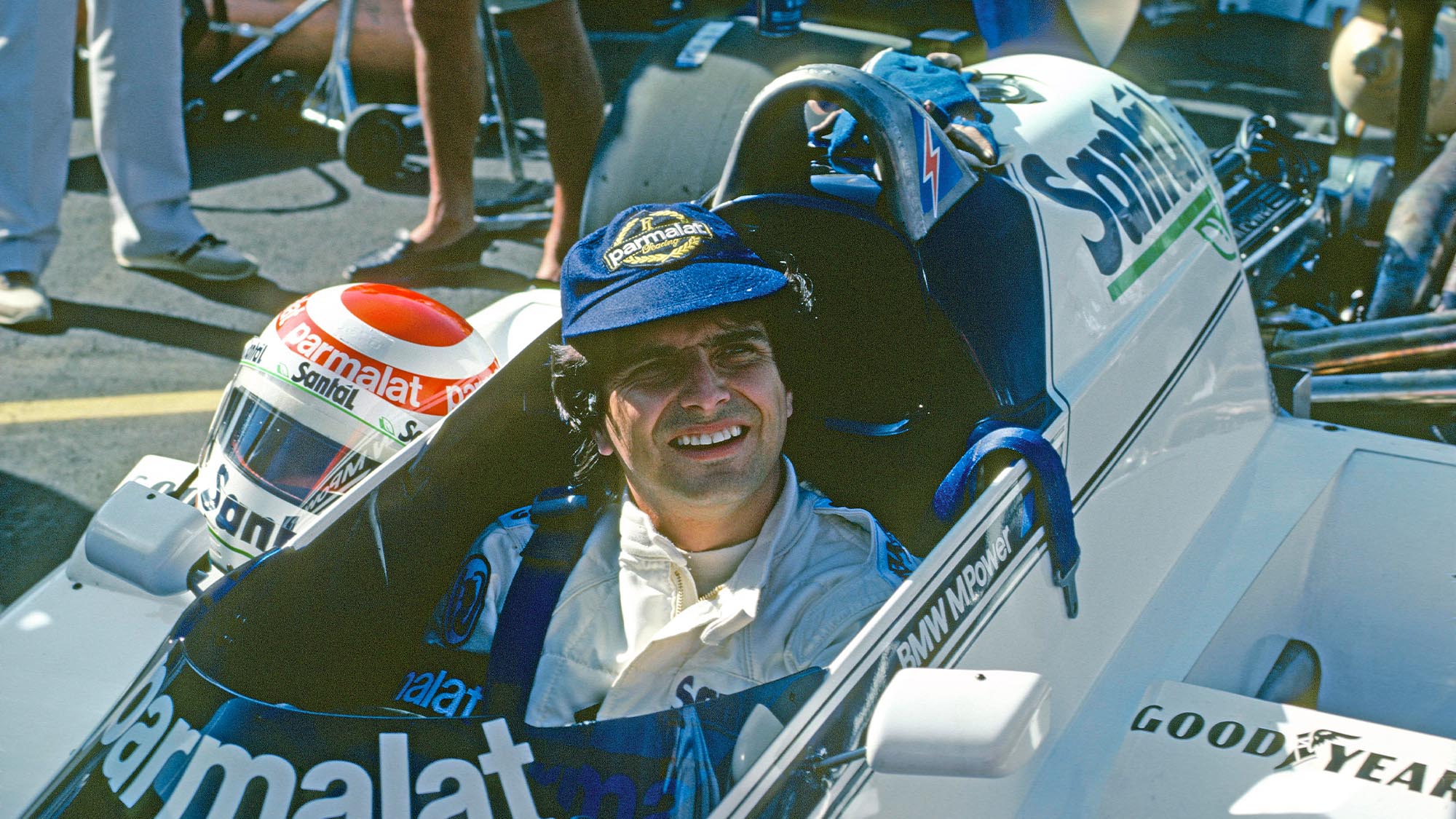 Piquet: fast, canny and a joker

The Piquet – Bernie Ecclestone – Gordon Murray axis at Brabham would ultimately be a recipe for success, and signalled to incumbent Niki Lauda that his first stint in F1 might be up.

’79 didn’t bring much in the way of results – a single fourth his best effort – but the next year produced a title-contending car in the BT49 as Piquet scored three wins. Three years into his F1 career and the boy from Brazil was already challenging for racing’s biggest crown.

’81 was even better. Having been 17 points off championship leader Carlos Reutemann halfway through the season, a stirring fightback began with a win at Hockenheim. In the season finale at Las Vegas, Piquet finished fifth to take the title whilst Reutemann mysteriously faded away – such was the strain of driving anti-clockwise in the desert, the Brazilian vomited on himself mid-race and the new champion had to be lifted out of his BT49C.

The next year was fallow as Brabham struggled to get to grips with its new BMW engine, but the team was once more firing on all cylinders by the following season, as Piquet took his second title and the first for a turbo-powered car.

However Ecclestone’s outfit again failed to defend its title, and after two more seasons and three wins Piquet jumped ship to Williams for ’86.

Here he was in an alien environment with a team-mate who could very often match and beat him in the form of Nigel Mansell. Two acrimonious seasons followed, but it was the Brazilian who ultimately won out, claiming a third drivers’ title in ’87 through a combination of canny driving and consistency.

Piquet suffered a crash at Imola during his title season which affected his depth perception but he still managed to take three more victories at Benetton during his final two seasons of F1.

The Brazilian’s final show of resilience was in Indycar. Entering the 1992 Indianapolis 500 with Team Menard, Piquet ran over a piece of debris in practice and slammed into the barrier, resulting in serious ankle and foot injuries. However, he showed fortitude and returned to the Brickyard to finish 10th the next year. 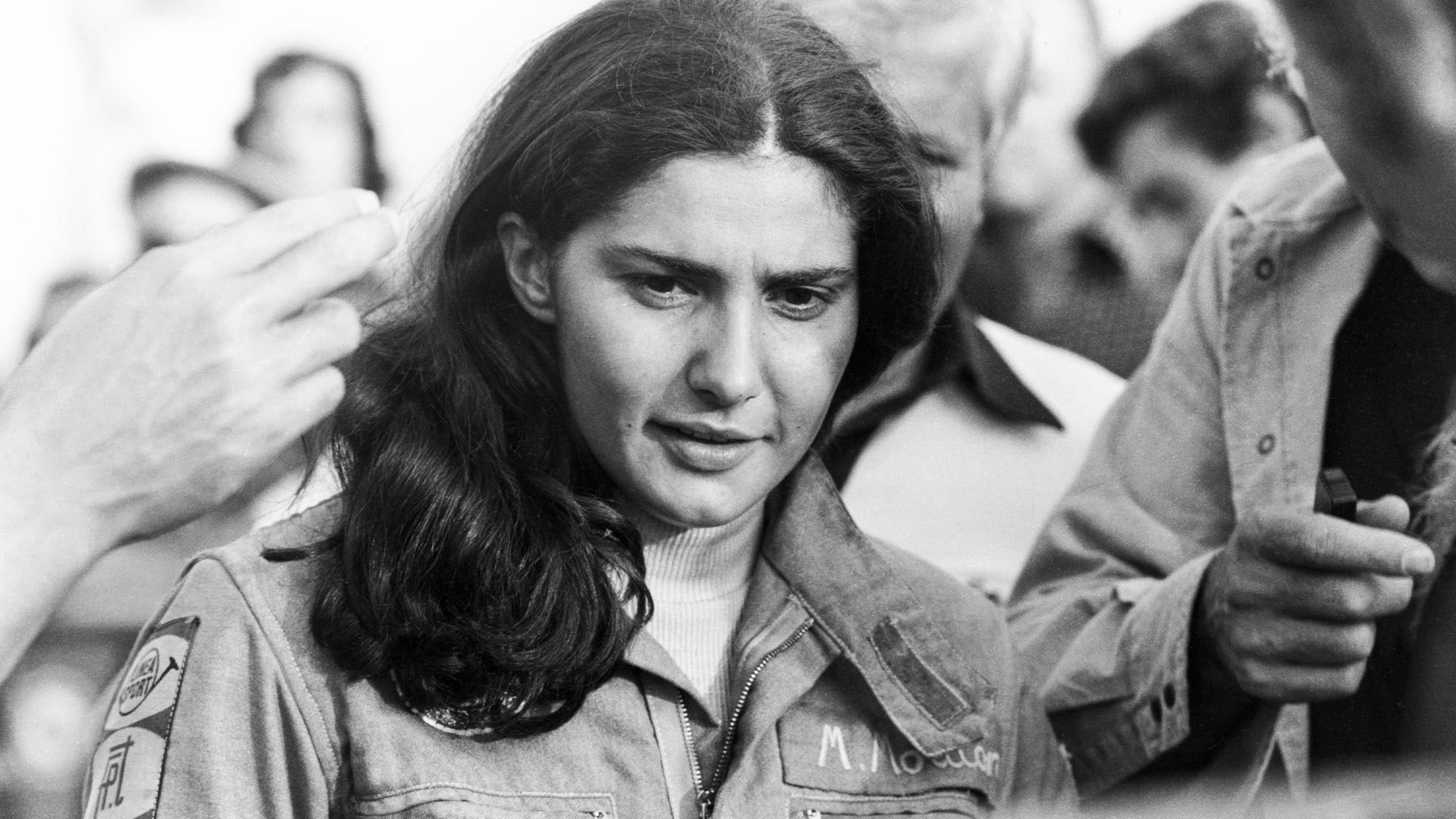 Another driver who came from unlikely beginnings in motor sport, and even more ground-breaking, was French female rally driver Michèle Mouton.

Born in 1951 to parents who grew roses and jasmine for the local Grasse perfume industry, she dropped out of law school to pursue a career in rallying.

She began entering as a privateer co-driver but soon switched to the other side of the car, and made her WRC debut as a driver at the 1974 Tour de Course in an Alpine A110, coming home 12th. Before the year was out, she was both French and European ladies’ champion.

Adding another string to her bow, in the next season Mouton won the two-litre prototype category at Le Mans. Part of this was achieved in an incredible stint when the heavens opened but the Frenchwoman stayed out on slicks, vaulting up the field.

From 1977 onwards, ever-improving results at the wheel of a Fiat 131 Abarth (as well as intermittently a Lancia Stratos HF and Porsche Carrera RS) brought her to the attention of the bigger teams, and she was announced for 1980 as part of Audi’s assault on the WRC in its new Group B era.

Her first full season with Audi in 1981 would bring a breakthrough win, keeping rally legends Henri Toivonen and Ari Vatanen at bay to take first at the San Remo Rally – the first ever victory for a female in a WRC event, contradicting the latter who had said just earlier that week “Never can nor will I lose to a woman.”

Mouton only got better in ’82. 18 stage wins meant victory in Portugal was hers, before claiming the Acropolis Rally too. Mouton would then again show her fortitude to be the first of just five cars finishing at Rally Brazil, but her three wins that year would only be enough for second in the championship as she ended it 12 points behind Walter Röhrl.

It was the high point of her career but she would still finish a very respectable fifth with three podiums the year after in what was still the most terrifying of all rally eras. 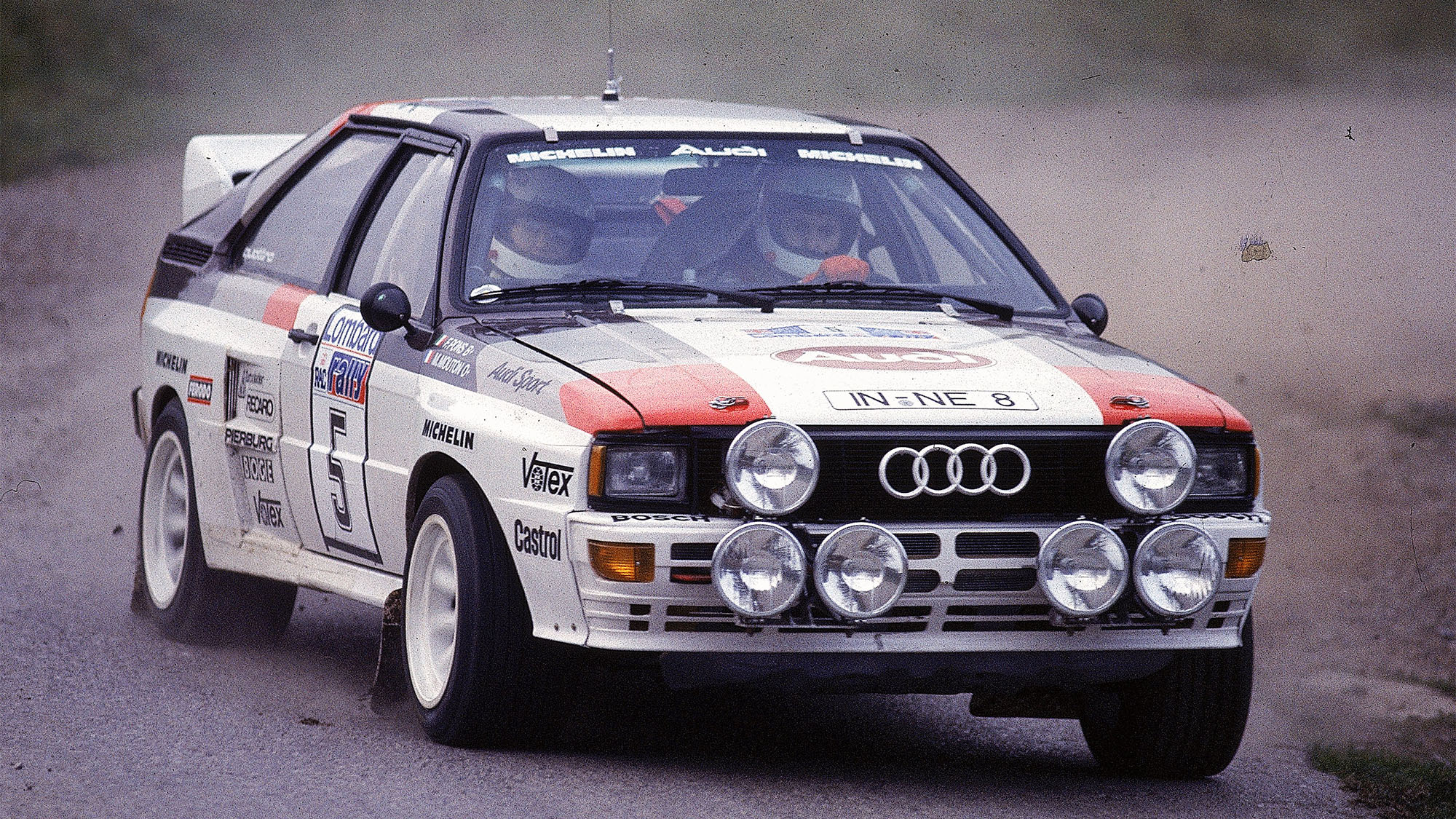 Mouton would become a mainstay of the Audi works team during the WRC Group B era, winning four rounds

1985 would see Mouton dominate the German Rally Championship for Audi, taking six wins out of eight before she decided to defect to Peugeot. However, after a couple of rounds for the French marque, Mouton decided to bring the curtain down on what was a trail-blazing and unique motor sport career – one that has never been equalled by a woman since.

Just as unusual in his beginnings in motor sport was Ulsterman John Watson. Coming from what was then not exactly a hot bed of motor sport talent – Belfast – he gradually worked his way up the Irish single-seater scene, doing enough to catch the attention of the new ‘Team Ireland’ F2 team, entering in the 1969 European championship.

Driving an old Lotus 48, Watson drove from 20th to fifth, overtaking Derek Bell, François Cervert and Johnny Servoz-Gavin along the way – and then crashed. However, the Ulsterman had immediately caught the eye of his competitors, showing a knack for overtaking which he would keep for the rest of his career.

Watson said that day “changed my life”, and so managed to acquire a Brabham BT30 for the next season. However, a huge crash at Rouen left him with a broken arm, leg and ankle.

The Northern Irishman displayed incredible strength to come back the next season, but was so low on funds he had to resort to borrowing Derek Bell’s garage and towing his F2 car round Europe with a Transit van.

Then the money really did run out, but he soon developed a reputation as a handy single-seater stand-in when required, eventually leading to an F1 debut in a non-championship Brands Hatch event. Driving the a March 312 for privateers Hexagon, Watson would finish sixth in his first race.

The Ulsterman would gradually climb his way up the F1 ladder until he found himself in 1976 at the team which announced him in F1: Penske. 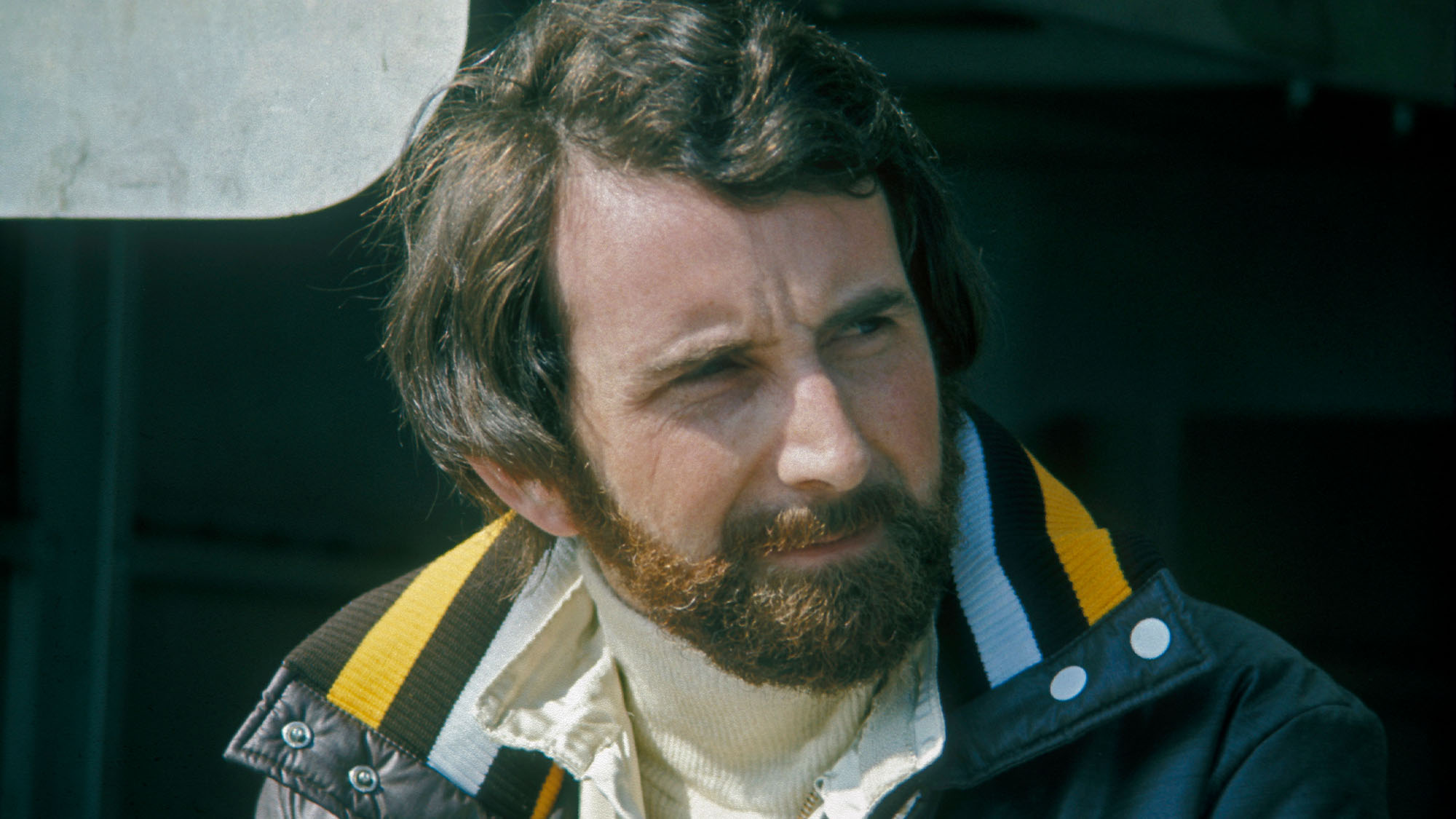 As Watson explained to Motor Sport earlier this year, the American outfit sorted out its car (and got lucky with tyre allocation) by mid-season, which suddenly meant he was taking on title-contender James Hunt – and beating him. It was a famous first victory for Penske too, one year on after the tragic loss of its talisman Mark Donohue.

The team would fold its operation at the end of the year, which would lead Watson to Brabham, and then McLaren, the latter at which he put in his greatest drives.

It was a slow start at Woking, but once John Barnard joined up and produced the groundbreaking carbon-fibre chassis MP4/1, Watson had a car with which he could challenge regularly, taking its first win at the 1981 British GP.

The next season would be Watson’s best, as he famously rocketed through the field at Detroit to win after starting in 17th. By the season’s end, the McLaren man was in the ring for the title, but ultimately lost out to Keke Rosberg.

Watson would take one more win at Long Beach the following season, before his full-time F1 career came to a close. 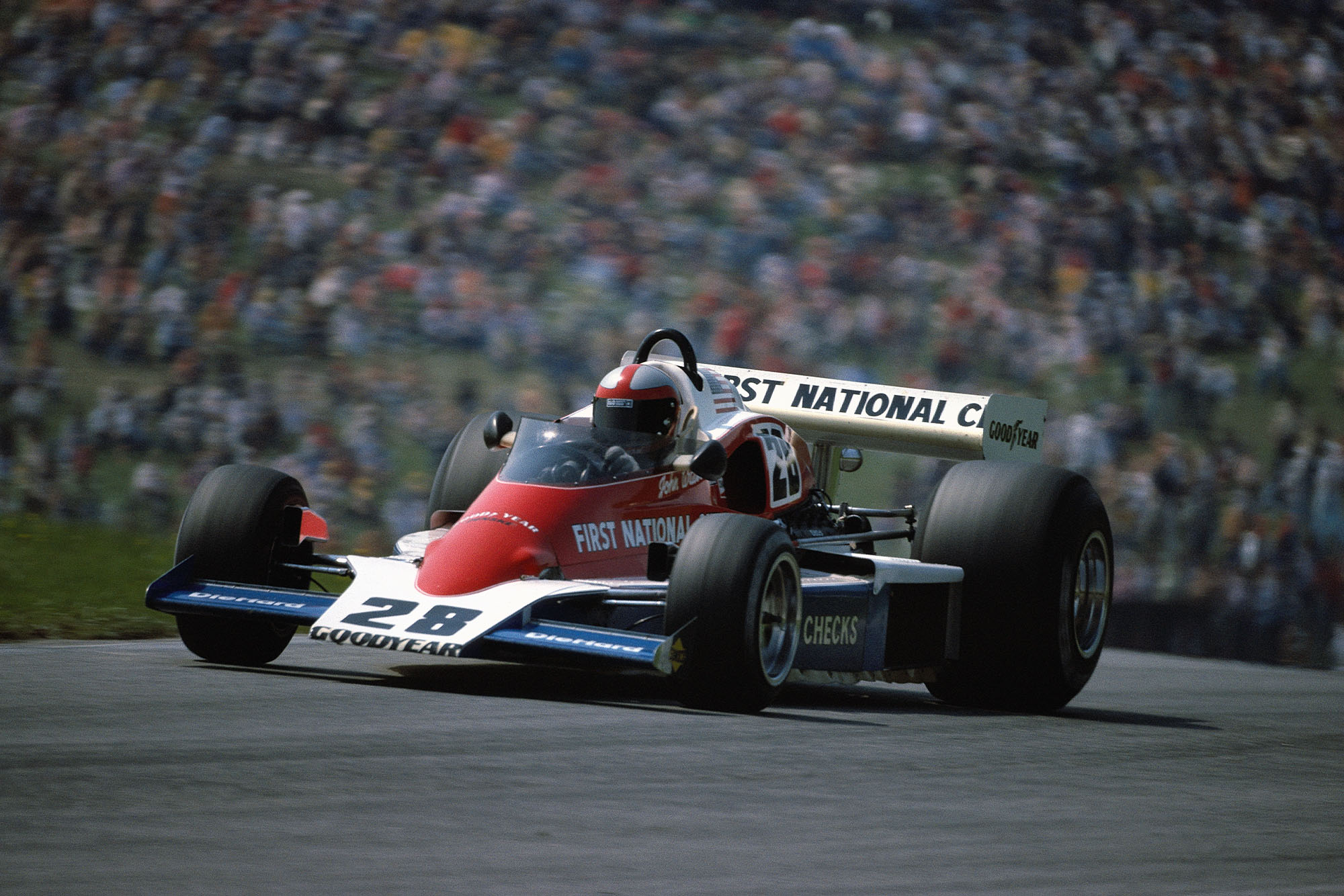 Watson took his debut win for Penske at Austria ’76

A driver who for a period was the leading British light in F1, and represented the first of a slew of Irish talent that came towards grand prix racing in the shape of David Kennedy, Derek Daly, Tommy Byrne and Eddie Irvine, John Watson truly is deserving of the term ‘legend’ in motor sport.

At the end of the day, it’s your choice as to who will get the vote in our Hall of Fame ‘Legends’ category. The canny Nelson Piquet, the groundbreaking Michele Mouton or the charging John Watson? Vote below.