The concerns of F1 are insignificant in this unprecedented time, but with Baku expected later today to be the eighth 2020 grand prix either cancelled or postponed, we should probably be contemplating the realistic notion that there will not be any races this year.

It would be fantastic if the COVID-19 virus was sufficiently under control by the latter half of the year that there could feasibly be a series at all (a minimum of eight races are needed for a world championship). But at this stage – with much of the UK population, at least, apparently sleepwalking into a catastrophe, believing COVID-19 to be ‘a bit like the flu’ and happily mingling in public spaces, flocking to tourist destinations like lemmings – that’s got to look an increasingly remote scenario.

As such, F1 is going into survival mode. The postponement of the new 2021 technical regulations for a year and the insistence that teams use their current chassis into ’21 (plus further yet-to-be-defined spec freezes) removes a significant chunk of the teams’ necessary spend.

Because next year is when the financial pain of the races cancelled this year will really be felt by the teams, as they are paid their share of the pot one year in arrears. But the commercial entity of F1 itself, as represented by Liberty Media, will be taking the hit immediately.

How F1 looks the other side of control of this virus will just be a microcosm of the world it exists in. There will just not be as much wealth to go around and F1 may become a smaller entity, less leveraged on big money deals and thereby more robust – not through choice, but necessity.

F1 had already started moving in this direction, actually. Of the two new races (since postponed), neither Vietnam nor Holland were massive money deals in the old Bernie Ecclestone scale of such things. But they potentially brought a lot to the table, particularly in the case of the Zandvoort race.

This event has been very much predicated on the sensation that is Max Verstappen and how he has lit up that nation’s taste for the sport until it’s madly clamouring for more. The race, originally scheduled for May 3, was vastly over-subscribed. It represented a refreshing move back to a more grass roots sort of model – arsing not from a regime’s bid for global investment or political legitimacy but from the inspirational factor of one particular driver carrying a country’s sporting hopes. Maybe the ‘regime’ commercial model was already waning.

There’s something indefinable about the quality of the drivers that so catch the imagination, that they single-handedly become a huge part of the sport’s commercial appeal. Why was Michael Schumacher so immensely popular with the German fans that F1 could comfortably carry two grands prix for a time, yet Sebastian Vettel, even at his peak when he was comparably successful to Schumacher, couldn’t? Nor could Nico Rosberg – nor indeed Mercedes.

Fernando Alonso lit up his nation for F1 in much the same way as Schumacher had for his; it wasn’t all that long ago we had sell-outs at both Barcelona and Valencia. Now Germany is out of the calendar and the single event in Spain is hanging on by its fingernails.

After the expected cancellation of Baku, the theoretical first race would be Canada, June 14. Given that this is likely to coincide with projected ‘peak virus’, it wouldn’t be a great surprise if Montreal were added to the list of ‘postponed’ 2020 races. This is another event that was boosted hugely by the inspirational effect of one driver, in this case Gilles Villeneuve. 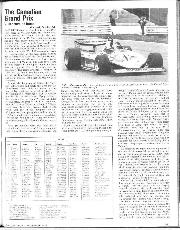 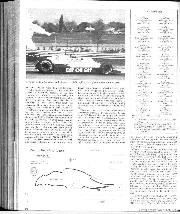 Villeneuve at home Montreal, October 8th One week after the United States Grand Prix took place at Watkins Glen, the Grand Prix circus arrived to "pitch tent" in the new…

His fairytale maiden victory on the race’s first hosting in Montreal, in 1978, was reckoned to have carried the event for a generation – even after his untimely death. That, at least, is the opinion of the race’s modern day promoter Francois Dumontier who in an interview with F1 a couple of years ago related: “Gilles’ victory was so important for the sport here. I’m not sure that if Gilles hadn’t won the race in ‘78, Formula 1 would still be here, because he created a momentum. The fans discovered a new hero, because everyone was looking at hockey, and now it was suddenly, oh, race cars! That guy’s in a Ferrari and he won the Canadian Grand Prix. And remember in 1981 when he kept racing in the rain, with his front wing pointing upwards… He did get people’s imagination. So for me Gilles is the one who created sport in our country. Without him, you never know.”

Just think: if a leak had not developed in the braking system of Jean-Pierre Jarier’s Lotus when it was leading the race by half-a-minute, the Canadian Grand Prix might be just a fond memory – and grass might be growing through the cracks of what was just a failed experiment of a race track.

In these difficult times, the warm glow of memories can keep F1 fans going for a time yet. Here’s hoping it can start creating new ones soon enough – but only after the contagion is brought under control.