I didn’t attend last weekend’s Dutch TT at Assen. Instead I took a busman’s holiday a few hours south at Spa-Francorchamps.

It was the weekend of the Bikers’ Classic, the world’s biggest classic motorcycle racing event. I must be getting old…

The Classic has been going for a full decade and seems to grow in stature with each passing year. It’s a brilliant event which seems to summon up the golden spirit of the past with more than just men and machinery.

The list of legends – if you could glimpse them through the haze of two-stroke smoke – was certainly spectacular. Freddie Spencer was there, riding a Honda NS500 triple, very much like the bike he rode to his first GP victory at Spa, almost 31 years ago to the day. Fast Freddie was also out on a replica of the Honda CB1000 four-stroke he used to win at Daytona in the early 1980s.

The feature of this year’s Classic was a Superbike revival, from early sit-up-and beg superbikes like Spencer’s CB1000, to the bikes that made the first years of World Superbike such a thrill.

Doug Polen – WSB champ in 1991 and 1992 – was there on a Ducati 888, WSB race winner and world endurance champ Terry Rymer was having a lot of fun on a 1990 Yamaha OW01. Then there was Phil Read riding Yamaha’s astonishing four-cylinder 250 two-stroke from the late 1960s and America’s first roadrace World Champion Steve Baker swapping between the 1978 OW31 750 two-stroke he used to race and Noriyuki Haga’s 1998 R7 750 four-stroke.

The line up of machinery charted the development of race bikes from the immediate post-war era right up to the end of the 20th century – from Matchless G50s to Suzuki RGV500s. Visiting the Classic is like the 21st century never happened, and many people like it that way.

The so-called parades are something else. Somehow I found myself in the SBK ‘parade’ (aboard a Honda RC30 kindly lent to me by Peter Tyer) which turned into a full-on race from the moment the flag dropped. Old habits die hard for racers so Rymer, Spencer, Baker, Polen, Fabrizio Pirovano and the rest were out there pulling some tasty moves around the greatest racetrack in the world.

Former TT and GP winner Mick Grant – riding a 1985 Suzuki RG500 in the GP1 parade – probably summed it up best when he said, “Coming down the hill into Eau Rouge is like going down Bray Hill at the TT – same buzz”.

But what really makes the Bikers’ Classic is the paddock. It’s a proper motorcycle racing paddock – you’re walking along and then you’re jumping out of your skin because someone’s just bump-started a race bike right behind you, nearly running you over in the process.

That doesn’t happen in MotoGP. You could spend all afternoon in a MotoGP paddock and never see a motorcycle, apart from static (and silent) bikes on show in the hospitality units. After all, they wouldn’t want a noisy motorbike scaring the corporate guests into spilling their cocktails, would they?

The Spa paddock teeters on the brink of chaos, which – in my opinion – is what motorcycle racing is really about and therefore that’s what a motorcycle paddock should feel like: thrilling, slightly frightening and full of the sights and smells of people preparing to go as fast as they can.

Spectators get amazing access. They can soak up the atmosphere – from ageing factory bikes and ancient factory riders to less famous riders at the cheaper end of the paddock, fondly fettling old Nortons and Guzzis – in the paddock and even in pit lane.

The Bikers’ Classic is a veritable feast for the senses for anyone who likes their racing bikes loud, scary and not brand new. Next year’s is pencilled in for July 5, 6 and 7. Put it on the calendar now. 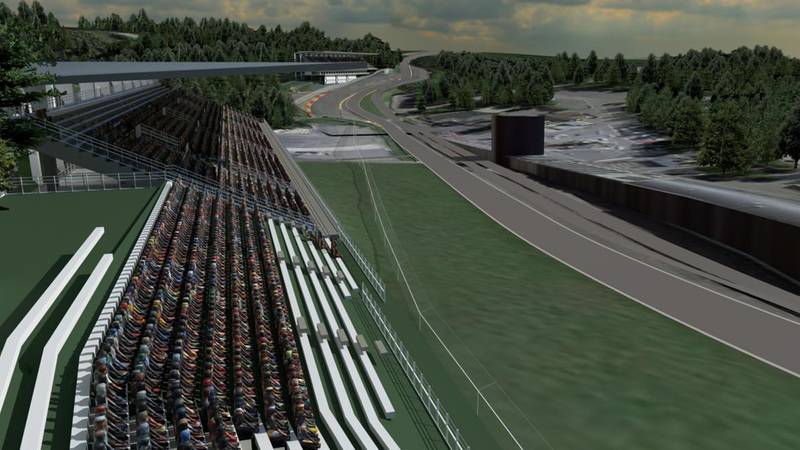 Spa-Francorchamps has announced an €80m (£71m) redevelopment plan that will see run-offs extended, gravel traps installed and new grandstands built, as it aims to bring back international motorcycle racing. A…