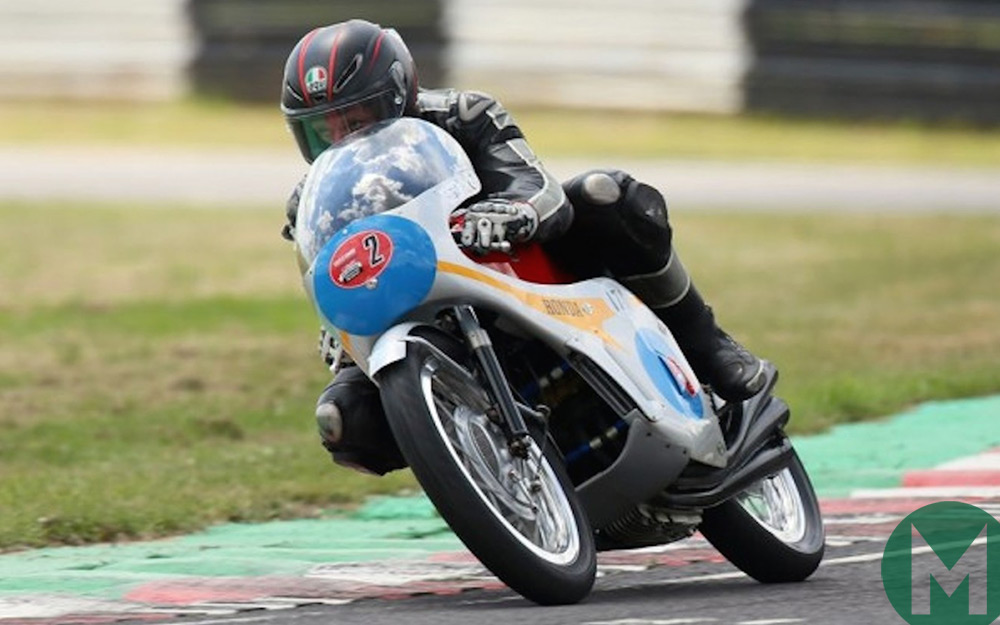 He’s ridden the Triumph land speed record ‘bike at Bonneville, so when Guy Martin says something is the “best he’s ever ridden”, ears prick up.

It’s worth just shy of half a million pounds, mind.

“Guy’s view on this bike is not unique,” according to its creator, George Beale of H&H Classics. “Mike Hailwood told me that this was the best ‘bike he had ever ridden.”

Mike ‘The Bike’ used a Honda Six to rule the world in the ‘60s, helping him secure the 1967 world title by the season’s midway point.

Riding the ‘bike was a nerve-wracking experience for Martin. “It was the most nervous I’ve ever been,” he said.

“I went to sleep nervous and I woke up nervous. There have only been three ‘bikes in history I have really wanted to ride: the Britten and my Pikes Peak Suzuki, which I’ve ridden, and the Honda Six. It was better than I ever thought it would be.

“George Beale of H&H Classics, (the ‘bike’s builder), told me not to do more than 16,000 revs but I had to roll off everywhere just to keep it to 16 because it just wants to go. I was expecting it to be a nightmare to keep singing, but although it isn’t the most usable ‘bike, it was alright. It is half usable and it really goes.”

The replica goes under the hammer on September 2