I blame it on Kenny Roberts, but it would’ve happened anyway. When ‘King’ Kenny arrived in Europe in the late 1970s he upped the ante: he rode harder, trained harder and thought more about his racing than anyone else.

The arrival of bike racing’s all-American pro had an instant effect: it blew cigarette-smoking, girl-chasing Barry Sheene into the weeds. The longer-term consequence was the careers of Eddie Lawson, Wayne Rainey and Mick Doohan. 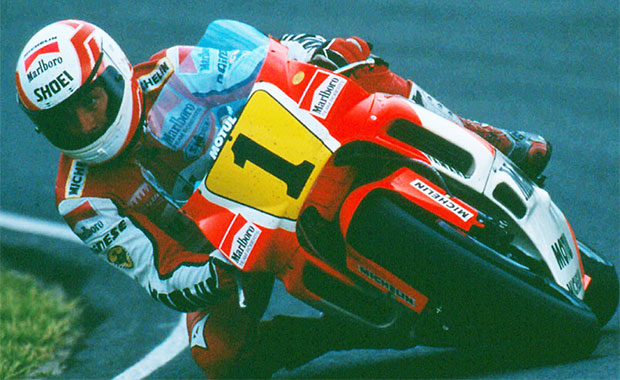 These men were the foundation of modern racing, because they took the sport forever beyond the point where cocaine-snorting hedonists and gym-shy child prodigies could win glory at the very top. They were also the giants of their era, winning 12 500cc world championships over a 15-year period: Lawson four, Rainey three, Doohan five.

Lawson and Rainey created themselves in Roberts’ likeness: Lawson was Roberts’ understudy in his rookie Grand Prix season, Rainey was his successor, brought to Europe to front Roberts’ new Grand Prix team. Doohan modelled himself on all three Californians and then took it to the next level, narrowing his focus still further: thinking, working, riding harder.

All three had identical backgrounds: dirt track followed by superbikes, which in those days were big, unwieldy things, not the road-going MotoGP bikes that rule superbike racing today.

Lawson and Rainey started riding together when they were kids, skidding their dirt bikes around dirt ovals, parking lots, anywhere they could get away with it. But their future didn’t lie on Harley flat-trackers. Kawasaki signed them both for dirt track duties, then superbikes. In 1981 and 1982 Lawson won the US Superbike championship on a wide-handlebar Z1000. In 1983 Rainey won the title on a GPz750. 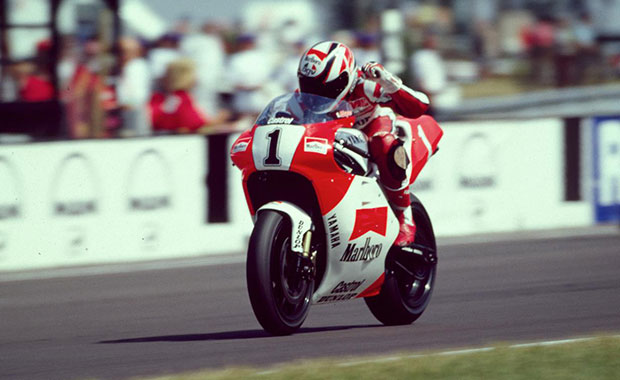 When Rainey started roadracing he reckons he had already ridden three thousand dirt track races and it was probably the same for Lawson. Those skills translated perfectly to GP bikes, which were evil things in those days: two-stroke 500s with smack-in-the-mouth power bands, flexy frames and sometimes-iffy tyres.

Lawson worked up to speed slowly, as was his style, hence the ‘Steady Eddie’ nickname (which he hated). He had an incredibly smooth and unruffled technique, working with the bike rather than against it. He was the Jorge Lorenzo of his day: he rode a Yamaha, rarely looked fast and rarely fell off.

By his second year he was up to winning speed, taking the 1984 title from Freddie Spencer, riding Honda’s big mistake, the ‘upside-down’ NSR500. Lawson won the title again in 1986 and 1988, then fell out with team owner Giacomo Agostini and went off in a huff to Honda. 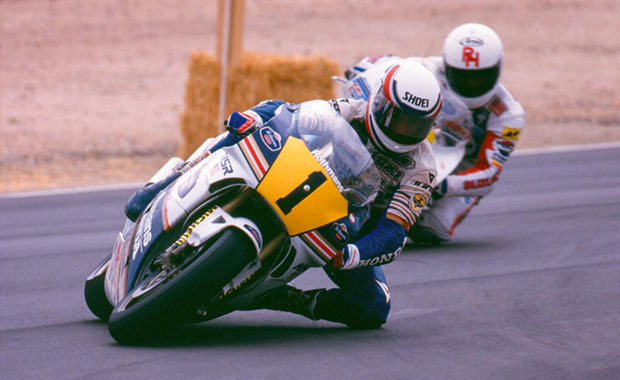 At that time only two men had won the class of kings on different motorcycles – Geoff Duke with Norton and Gilera, Giacomo Agostini with MV Agusta and Yamaha – so Lawson’s mission looked close to impossible, especially since the 1989 NSR was one of the nastiest race bikes ever built. This was the year that defined Lawson. It also took him head to head with Rainey for the first time since they had been kid dirt trackers.

Rainey led all the way, his YZR500 working superbly on the greasy Dunlops, while Lawson and tech guru Erv Kanemoto struggled to make the NSR do anything right. Bit by bit they got there, until he was able to pressure Rainey into a crash at the Swedish GP, which won Lawson the title.

“Beating Wayne that year really tweaked him,” remembers Lawson. “We didn’t talk much after that.”

But now it was Rainey in the ascendance. With Roberts guiding him all the way, he repeated his mentor’s feat by winning a title hat trick. His dominance during an era when he shared the grid with Lawson, Doohan, Kevin Schwantz and Wayne Gardner was simply astonishing.

Like Lawson, Rainey was an intelligent racer who understood the science of racing and then did everything in his power to bend the laws of physics. In 1993 he won arguably the greatest premier-class grand prix of all time at Suzuka, where he had an out-of-body experience, just as Ayrton Senna had at Monaco. “It was like I was looking down at myself going into the fast right before the hairpin, laughing, smiling and giggling,” he recalls.

His riding technique was very physical and more animated than Lawson’s. He rode with an explosive intensity, each phase of the corner defined by a sudden shift in body position, the bike shaking and shimmering but always driving forward.

Lawson won the last of his 31 GP victories at a damp Hungaroring in July 1992. Rainey took the last of his 24 wins in August 1993. Two weeks later his career was over. If he hadn’t broken his back at Misano he may well have gone on to win four of five titles. Doohan permitting, of course.

Doohan was running away with the 1992 title when he crashed at Assen, sustaining what should’ve been a fairly uncomplicated broken right leg. But a botched operation had the incompetent local surgeons prescribing amputation. His comeback from that injury is the stuff of legend and not for the squeamish.

It took him a year before he was winning again, with the rear brake lever switched to the left handlebar because his right ankle was now fused solid. During 1993 the mangled leg was so weak and infected that it bent until it was visibly banana-shaped. By 1994 he had finally got on top of the injury and began a reign that lasted all the way until the end of 1998. 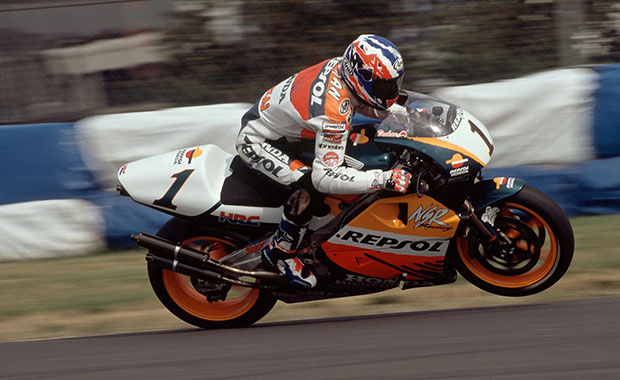 Doohan won five consecutive 500cc titles and 54 GPs, which puts him third in the all-time winners’ league behind Valentino Rossi and Giacomo Agostini. Some ‘fans’ say he enjoyed most of his successes once the likes of Rainey and Schwantz had gone, but that ignores the fact that he beat them all at the height of their powers.

“From 1992 it was pretty much all my own way,” he says. “In 1991 it was mainly Rainey and myself, with Schwantz there occasionally. When I came in they were the kings, so after they’d gone I was racing against guys I didn’t really know. It was a different era for me, but the results weren’t much different.”

Doohan’s riding technique was like Rainey’s but more so: urgent, aggressive and hunched over the front of the bike, hunting for traction and forcing the machine to turn the corner. He was often sideways like Rainey and more so than Lawson.

His laser-like focus made him just about unbeatable on the track and fairly unapproachable in the paddock. Much of the paddock feared him, all the way from racetrack rivals to journalists. 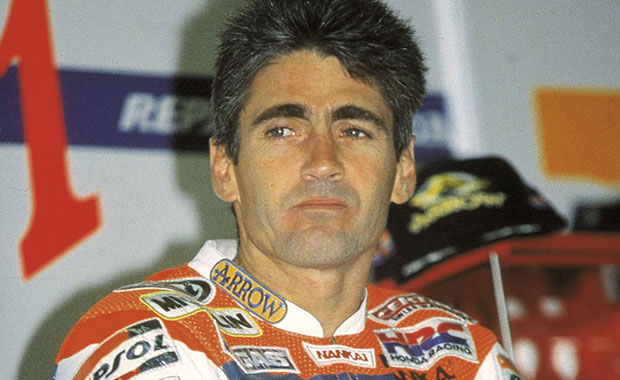 “Even when I wasn’t at races I thought about racing 90 per cent of the time. I do sometimes look back and think, ‘jeez, what was I doing all that for?’ because I was pretty hard on myself, but I’m thankful for what I achieved.”