The Ducati MotoGP team is using trick new software created to improve tyre performance, so how important is this technology to the factory’s tile challenge? 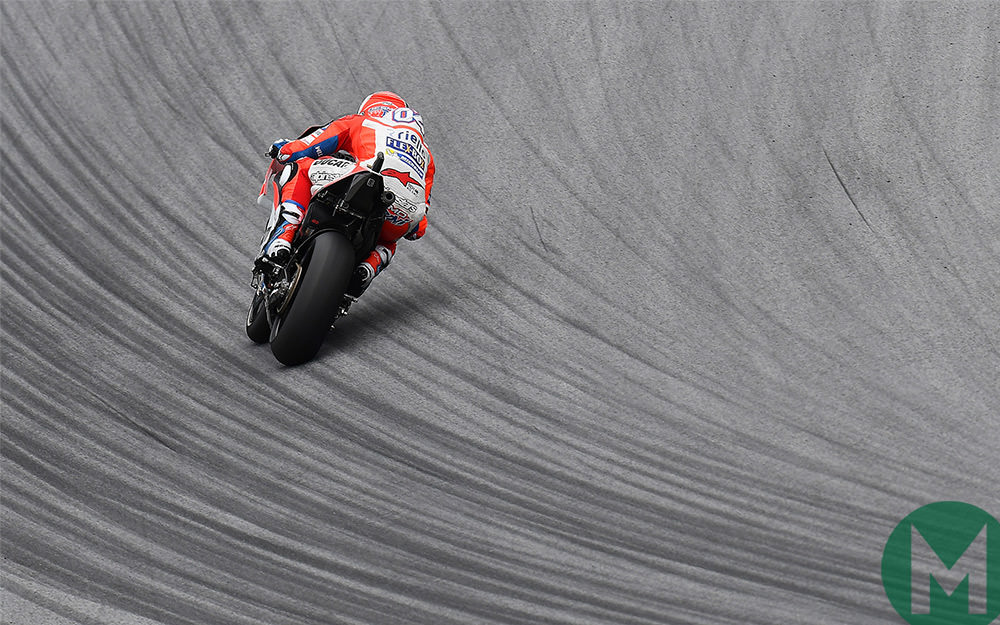 It looks like we may get away without a proper soaking at Silverstone this weekend, but that won’t make it much easier for riders and teams trying to choose the best tyres for Sunday.

This year tyre choice is by far the most important factor separating MotoGP victory from defeat, so the teams clever enough to find their way through the Michelin maze have a crucial advantage on race day.

Ducati is currently the most successful factory out there, with three victories from the last six races, which suggests that its engineers have become very good at choosing the right tyres. But how?

There are lot of intelligent people at Ducati Corse, including big boss Gigi Dall’Igna, title-challenger Andrea Dovizioso and his crew chief Alberto Giribuola, who are one of the brightest rider/engineer pairings in pitlane. Dall’Igna is especially hot on developing new technologies to sneak an advantage over his rivals, which is why Ducati was the first to make successful use of aerodynamic winglets, the first to fit Öhlins’ latest carbon-fibre forks and, if our spies are correct, the first to use mass dampers.

All these technologies offer improvements, but nothing is more important than tyres, because tyres are the interface between motorcycle and racetrack. Whatever the rider does, whatever the engineer does, must go through the tyres.

Tyre choice is even more important in single-tyre championships, because whoever gets their motorcycle to generate the correct forces from the few available tyres will be hard to beat.

Ducati seems to have found an advantage here, while other teams sometimes struggle to choose the correct tyres. Dovizioso, his crew chief, team vehicle dynamics engineer Riccardo Savin and software engineer Gabriele Conti are undoubtedly doing a great job, but they are now helped by new tyre-modelling software created by MegaRide, a Naples-based company that specialises in advanced modelling of vehicle dynamics.

Ducati signed an exclusive two-year deal with MegaRide at the start of this year. MegaRide provides Ducati with several different types of software that predict tyre performance through real-time simulations. The software uses data gathered from the motorcycle’s hundreds of recording channels and calculating channels, including everything from tyre temperature to slip angle and slip ratio. Similar technology is already used in Formula 1.

Michelin gives each team a computer model of how each tyre will work at different temperatures and in different conditions, then it’s the team’s job to take that model and work it into their own vehicle-modelling software. The first question here is how crucial a role is played by MegaRide in Ducati’s current run of successes. The other question concerns the other factories: do they have similar software?

Ducati and its rivals need to learn everything about the tyres during a few hours of practice to divine the best race-tyre strategy. This is a huge process. People talk about tyre temperature, but in fact they should talk of tyre temperatures, because there are several different temperatures throughout the various tyre layers, all of which affect tyre performance and endurance. There is the surface temperature that changes constantly according to the loads at each part of the racetrack, there is the temperature within the tread, measured by tyre engineers when they poke probes into the rubber, and there is the temperature of the deeper layers of the tyre, which has a particularly important effect on tyre elasticity.

The MegaRide software is designed to help engineers by calculating numerous vital factors. It produces friction maps of the tyre/track interface, distinguishes between degradation by heat and wear, predicts heat transfer and temperature distribution throughout the tyre and so on.

All this information should be useful to Ducati, but it is possible to be blinded by the science and over-estimate its importance. Race engineering is a huge jigsaw, and MegaRide’s new software almost certainly provides another piece of that jigsaw, but as with many new computer technologies it may not be immediately obvious where that piece fits.

However, when you watch Dovizioso etching black lines onto the asphalt at Woodcote, just remember that what you and I can see in MotoGP is just the tip of a very large technology iceberg.