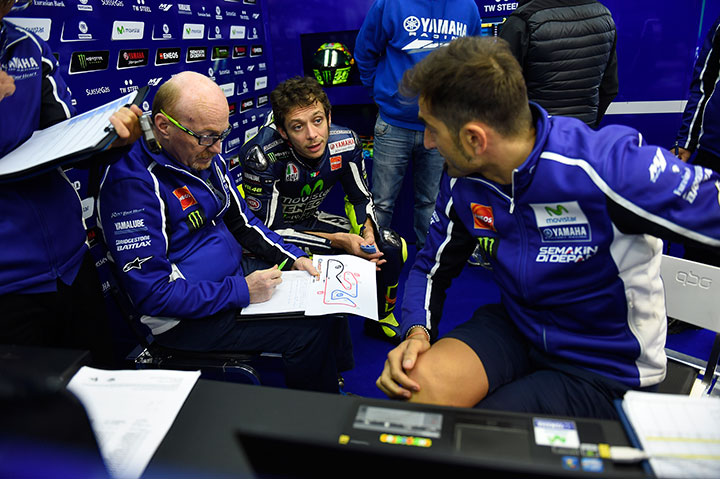 I watched Easy Rider on the plane home from Sepang and thought about Valentino Rossi. There’s more than a tenuous link here, honest. Rossi would do almost anything to have been born thirty years earlier, so he could’ve been racing and generally having a good time in that wildest, most excessive of eras.

He may have disagreed with Peter Fonda and Dennis Hopper on matters such as steering geometry, riding position, front/rear balance and handlebar angle, but I’ve not a shadow of doubt that he would’ve dropped whatever he was doing and happily joined them on that road trip to end all road trips. Barry Sheene, who also knew a bit about living, hopped on a Harley chopper at Daytona in 1972 – that’s him in the photo looking all young and innocent (ish) with the bike’s owner, Carlos Romero – brother of Gene Romero, who won the Daytona 200 in 1975, the year of Sheene’s 175mph smash. 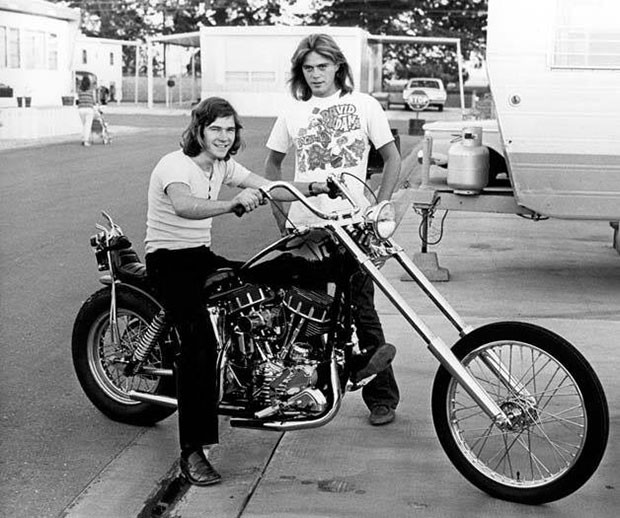 I can see Rossi chugging down some Stateside freeway astride Easy Rider’s legendary Captain America chopper, exchanging peace signs with sidekick Uccio, who would make a perfect stand-in for Hopper, and getting up to all kinds of mischief. And I can see Sheene riding pillion with VR, standing in for Jack Nicholson.

Rossi was only just born in the 1970s (16 February 1979, to be exact) but he is very much a child of those times. His dad is a hippy (bless him), his favourite band is The Doors and he has huge admiration for other icons of the age: Johnny Cash, Paul Newman, Steve McQueen and so on. He appreciates the music and the style of that era as the real deal, but most of all he adores the freedom people had in those days, mostly the freedom to have a riot of a good time.

Back then Sheene and the rest didn’t spend their lives pumping iron in the gym, frying their pupils in front of computer monitors and meeting and greeting press and sponsors. As soon as they could they got the hell out of the pits and spent their off-track hours getting up to no good in the bar, the disco and the bedroom.

A few years ago I was discussing McQueen with Rossi. The American actor/bike racer – or, more likely, racer/actor – loved scaring the hell out of bigshot movie bosses, like the time he rode a Harley into the lift and up to the 11th floor of the MCA head office in New York’s Madison Avenue to get one of his early roles. 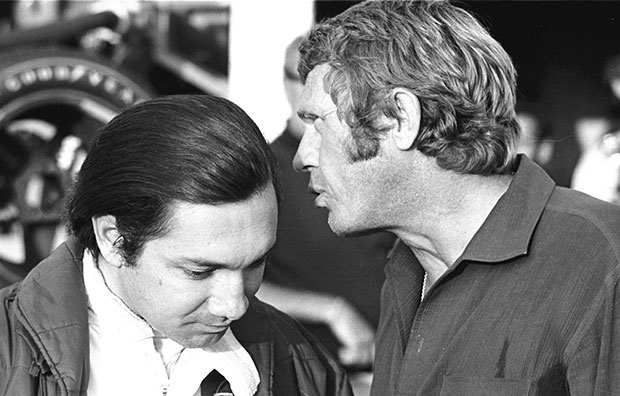 Rossi considered this incident: “For sure McQueen was a lot more crazy than me, and also in those years it was possible to do that kind of thing. You couldn’t do it now – they would have two security guys in front of the elevator. If you rode in there on a bike you would get arrested. If you did that now you are f**king stupid, if you did it the 1960s you were Steve McQueen. He lived in another time, maybe it was better to be famous then, because everything was more free, with less problems and with less people speaking about you. I think he had more freedom during his life than I do.”

There’s no doubt things have changed for Rossi and for the rest of us in the past half-century, but for Rossi they’ve also changed greatly in the past decade. He has always worked incredibly hard, but in the past he spent his downtime in Ibiza, making shapes in legendarily debauched club DC10, melting away the stresses and strains of his day job. His long-time team-mate Colin Edwards has hazy memories of many big nights out with the Italian, “who could always drink me under the table”. Now Rossi very rarely allows himself the luxury of a night on the lash because the burdens of modern MotoGP don’t allow it. 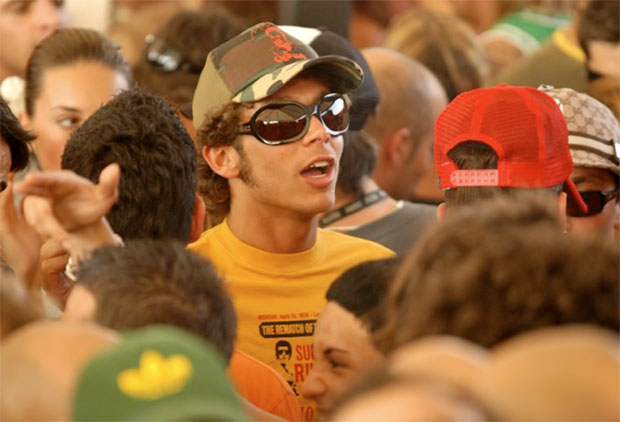 The world has changed and Rossi has had to change with it to stay at the top. Not only are his rivals different, but so too are the riding techniques, the physical demands of riding and the whole nature of MotoGP.

Rossi no longer has to worry about beating Max Biaggi and Sete Gibernau. Instead he has to think long and hard about how he’s going outwit Marc Marquez and Jorge Lorenzo. There is a monumental difference.

MotoGP is fiercer, tougher and nastier than ever before, so instead of raving in the Balearics, he spends his downtime making different kind of shapes: carving up the dirt on his own personal racetrack outside Tavullia, replenishing his adrenal gland through regular combat with Italy’s finest young racers.

As his long time mechanic Alex ‘Axle’ Briggs says, “All those young kids at his dirt-bike ranch, they’re all trying to kill him! They have a lot of respect for him but when they start racing him, they don’t care and that’s definitely got to help. They all want to be him and I think he loves that – it’s like he’s found the fountain of youth in Tavullia.”

All that time on the bike (plus a lot of pumping iron in the gym) isn’t only necessary to sharpen his mind, but also to increase his bike fitness, because the physical demands of racing today are much greater than they were even a decade ago: the riders are faster, the bikes are quicker, the brakes are stronger and the tyres are more grippy. 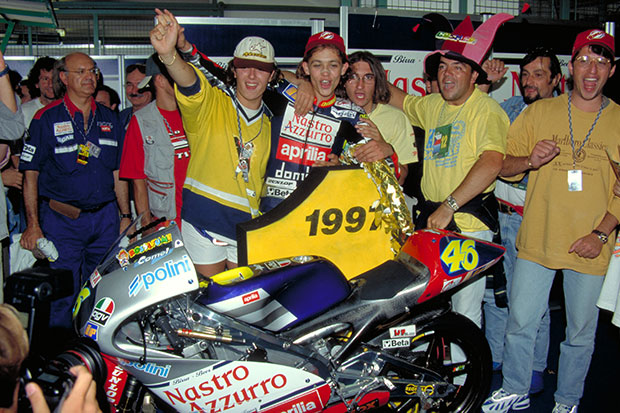 Headlines over the past year or so have highlighted how Rossi has radically adjusted his riding style to race with MotoGP’s young guns, but little has been made of how he has altered his whole lifestyle to stay at the top. He lives a more rigorous, more abstemious life to grow stronger in body and in mind, stiffening his sinews and steeling his psyche to defy the young assassins who want what he believes is rightfully his.

Most athletes fade from the front when the youthful vigour of the new generation crashes upon them. By constantly adapting as both athlete and human being, Rossi has done what very, very few athletes manage to do: he has been able to bestride the generations.