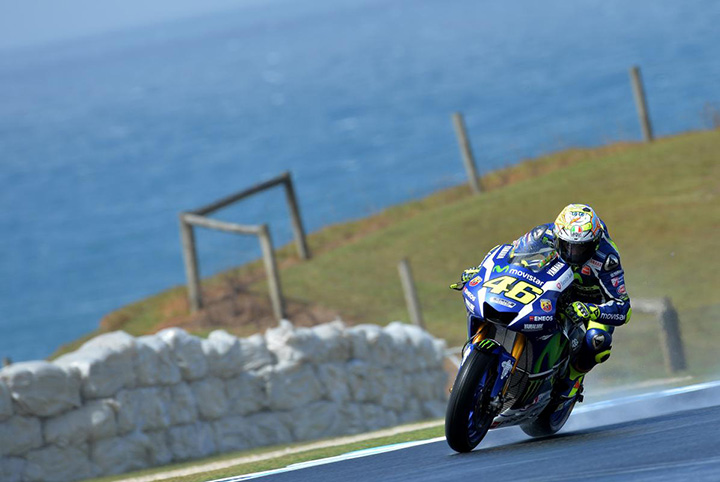 This year’s MotoGP world championship will probably be won by the rider who crashes out of the fewest races.

There’s a straightforward reason for this: a front-end slide is much more difficult to save than a rear-end slide. When MotoGP moved to Bridgestone, riders had less rear but more front grip – easy to deal with. Now they’ve returned to Michelin, they’ve got more rear and less front grip – infinitely trickier.

That’s why riders have been losing the front and crashing with depressing frequency. And why discretion may be the better part of valour this season, with the smartest riders prioritising points-scoring results over riskier all-out performances.

In fact, MotoGP riders are already used to losing the front, but in a very different way. Some of them would lose the Bridgestone front many times during each race, with barely a spike in heart rate, because they were so familiar with the procedure.

They would charge into a corner, braking and leaning harder and harder (“with the front tyre completely locked and your knee on the ground,” as Aleix Espargaro put it), amazing themselves that they weren’t already eating gravel. And all this time the front tyre would dig in deeper and the bike would turn harder, because the magic of Bridgestone’s front was that the more riders abused it, the more the contact patch expanded, so the better the grip and the turning. Occasionally a rider would ask too much of the tyre (give a racer an inch and he’ll always try to steal a mile), so the rubber scrubbed across the track and he ran wide, but still he didn’t crash. Well, not always. 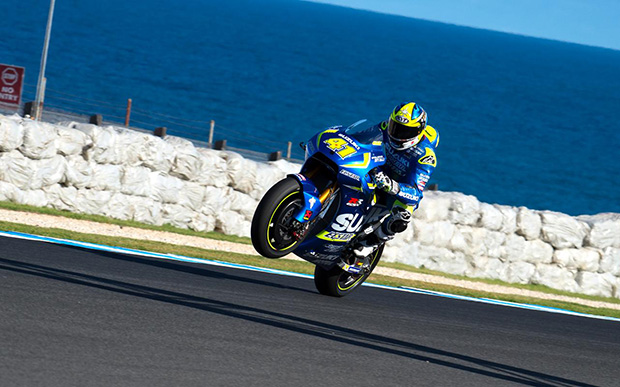 Now riders are fighting to recalibrate their brains because Michelin’s front doesn’t work like that. Michelin has made impressive progress during winter testing, but the tyre still doesn’t have endless grip, so riders are learning to be less aggressive when braking and turning, then compensate by using more corner speed, which is why Valentino Rossi says cornering lines are reverting to a more conventional arc.

The biggest problem at the moment is that the front gives little warning of impending doom, so riders have little chance to save a slide. That’s the real reason so many riders are crashing. “You cannot save a crash when the tyre tucks under,” says world champion Jorge Lorenzo.

MotoGP’s star test rider Casey Stoner believes the problem is due to a mismatch between front and rear profiles, which crucially reduces front grip at one of the most important points of the corner; when the rider is coming off the brakes but still loading the front as he tries to get the bike turned. 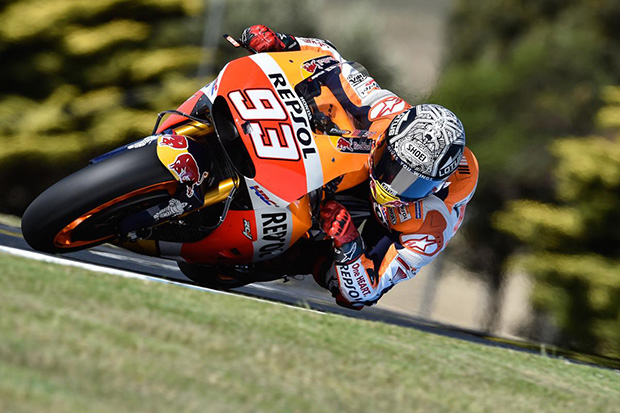 Like most riders, Marc Marquez has crashed more often than he would’ve liked during preseason testing. He thinks Michelin’s rear overpowers the front in the middle of the corner, so he has tried using the huge grip of the rear to reduce the stress on the front and to help turning. He’s not the only one trying new tricks: all the riders are looking for a way to ride around the problem because that’s what they’ve got to do until Michelin fix the front, which they surely will (that’s why they go racing: to encounter problems, then learn how to fix them).

“I get more support from the rear tyre than before, so I can use the rear slide to help the entry,” says Marquez. “It’s a bit like the way I rode in Moto2: the front was also critical in Moto2, so I used the good grip of the rear tyre to take some stress off the front.”

Lorenzo’s pace in testing – and perhaps even more importantly his ability to keep it rubber-side down (at least most of the time) – has marked him out as title favourite. His buttery-smooth riding style and corner-speed capabilities obviously work well with the Michelins and may even increase his advantage in 2016.

But it’s very early days yet. Tyres, bikes and riding techniques are still evolving at a rapid rate to cope with MotoGP’s biggest technical transformation since the dawn of the four-strokes a decade and a half ago. Everyone is still getting used to the change of tyre brand and the switch to control electronics, so who knows which bike or rider will have the upper hand a few races from now? Marquez and Honda may catch up, so too might Rossi, and Ducati or Suzuki too, or maybe Lorenzo might pull even further ahead. 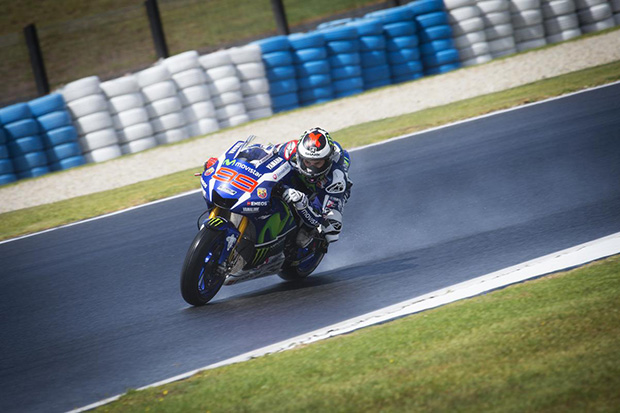 Whoever wins on Sunday night, don’t take too much notice. Qatar is a weird, one-off race that usually gives little indication of who will win the title. During the eight years of the Losail night race only three winners have gone on to take the crown.

What is certain is that the outcome of this year’s championship is more than usually difficult to predict. For the first time in years MotoGP is a single-tier championship, with no CRT or Open bikes filling the rear of the grid, and for the first time in history everyone has the same electronics, which don’t adapt to changing grip conditions during races. The trickiness of Michelin’s front only confuses the issue further because whenever the aliens don’t feel fully at home, the others will have a chance. Whoever solves that riddle first will have a huge advantage: could it be Lorenzo, Marquez, Rossi, Maverick Vinales or Dani Pedrosa? And whoever doesn’t solve the riddle will be eating a lot of gravel.