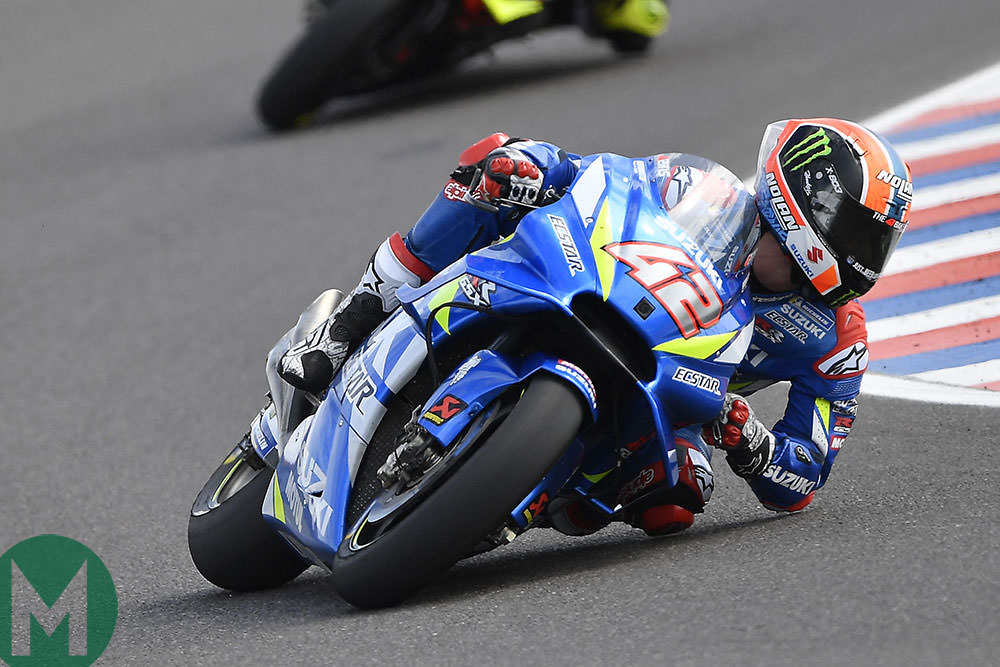 Would you say you are a very smooth rider?

Does this come from you working out that this is now the best way to ride a MotoGP bike or does it come naturally?

I think it comes naturally – I don’t work in a special way to be smooth on the bike. I remember one funny story when I was riding in Moto3 in 2013 – my mechanics were watching me in qualifying and they thought I was coming back to the box, but on that lap I got pole position! So, yes, it comes naturally.

People used to say the same to Eddie Lawson: man, you look so slow! But in fact he was breaking lap records. In a way I suppose you’re lucky that you are in MotoGP at a time when it’s very important to be smooth, because of the tyres and the electronics.

Yes, it’s very important to be smooth now, because you need to take care of the tyres – it’s all about the tyres. If you are smooth with the throttle your rear tyre life will increase and if you ride smoothly you will increase the durability of the front tyre.

Do you work with your data guys to perfect this technique?

Yes, since I first arrived in MotoGP in 2017. With the data you can check exactly how much gas you are using at any point of the track and what lean angle you are using, so you can use this data to help you ride better.

How do you use the throttle exiting a corner?

Basically, with a MotoGP bike you can open the throttle 100 per cent exiting a corner and with all the electronics it won’t be problem. I don’t want to say that you’d never crash in this situation, but it is difficult to crash like this. However, if you go to full gas with a lot of lean angle then very quickly the tyre starts to slide and spin. And once the tyre starts to spin it’s very difficult to stop it spinning, which affects the lap time and also tyre life.

Which other riders do you watch the most? Your style is a bit like Jorge Lorenzo’s, so can you learn a lot from him?

In general I examine all the fast riders, mostly when we are racing. I remember one race really well: Phillip Island 2017. It was my first season in MotoGP and my first time racing with the front group. There were eight of us [Rins, plus Marc Márquez, Valentino Rossi, Maverick Viñales, Johann Zarco, Cal Crutchlow, Andrea Iannone and Jack Miller] and it was nice because I could see that I was able to go with them by using less throttle.

You use quite gentle bike settings – less aggressive geometry, less pitch and so on – to help the tyres.

Exactly. If you are an aggressive rider it’s difficult to use these settings on the bike. For example, someone like Pol Espargaró brakes very, very late, so he puts all the weight on the front of the bike, then he opens the gas quite fast, so the load goes to the back. This makes the bike less stable and uses the tyres more.

You’re one of the taller riders on the grid – how tall?

I’m 171 centimetres tall and I weigh 70 kilogrammes, so I’m just about at the limit!

You move your head a long way to the inside of the corner – is this to improve steering?

I never really think about it, but for sure using that weight can help the bike turn a bit better.

Your former Moto2 crew chief told me you use lower gearing than most riders to keep better tyre contact and get rid of that floaty feeling, are you the same in MotoGP?

I’m not sure, I think it’s just what feels right for me.

You are riding with the top guys all the time now, so what are you still learning?

I learned a lot during the first race in Qatar, but I cannot tell you what, because it’s secret! But one thing I’ve learned is to be calmer, to not get too excited. Last year in Qatar I got too excited and I crashed, so I’ve learned to keep calm.

You never seem to make big stories in the newspapers and you never make crazy moves on the bike, why’s that?

I don’t know; I just try to be smooth and I try to be correct. I don’t want to be aggressive with other riders. But if a rider touches me one lap, maybe I will do the same to him the next lap!

What were you like in school – were you a calm kid?

Not really. I wasn’t good at sitting in a chair for a long time!

After the Qatar race, Andrea Dovizioso said your corner speed was incredible…

If I had been able to stay in front it would have been, ciao! I like fast corners and I like using a lot of corner speed, but you also need a bike that turns well to do this.

Yes, the Suzuki turns great – front and rear – and it brings a lot of confidence to the rider.

Would you say it’s the best-balanced bike in MotoGP?

Of course, there’s one problem with corner speed: if you have a Ducati or a Honda in front of you, which both use a more stop-and-go style, then you have no room to exploit your advantage in corner speed…

Yes, in this kind of situation I cannot use all my corner speed and I can destroy the tyres more. When I have a clear track ahead I can enter fast the corners fast and exit at the same speed, which is positive for the tyres. But if I have other riders in front who stop their bikes in the corners and then go, it’s very difficult to put my corner speed on the road.

So how do you save your tyres if you are behind someone?

I brake a bit earlier than them, then I try to go and use the space to use my corner speed to exit the corner faster than them. 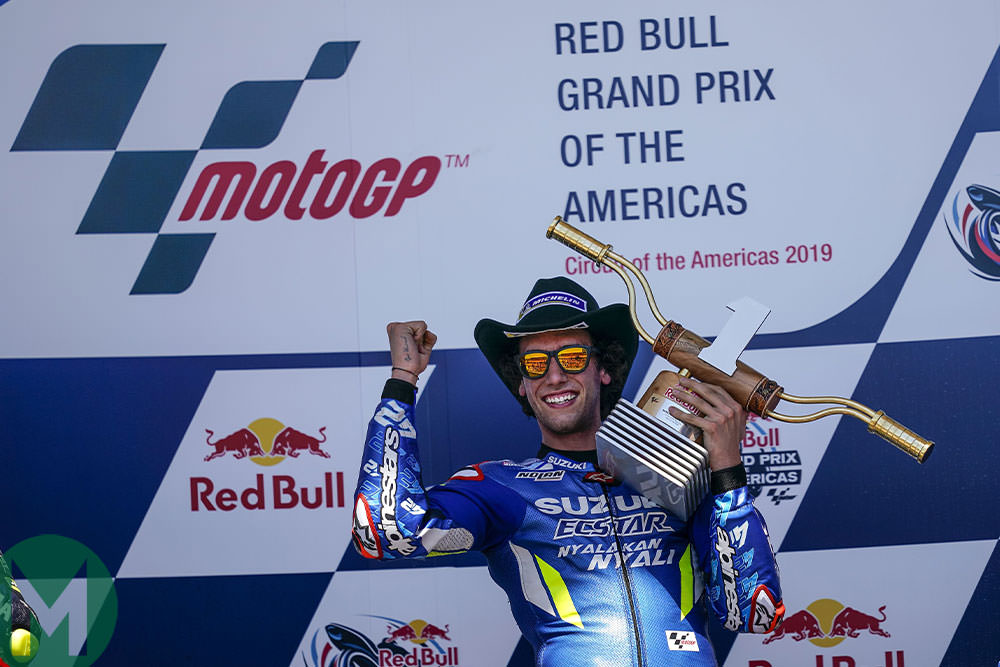 The Suzuki and Yamaha are similar in the way they attack the racetrack, so why do you think the Suzuki looks after its tyres better?

I don’t know. All I know is that we work very well in our garage and we always work in the same direction.

I suppose it’s your riding that saves the tyres better!

Suzuki is still the underdog in MotoGP, so does that mean less pressure for you?

No! Inside Suzuki they put pressure on me. I know Suzuki isn’t as experienced as Ducati, Honda or Yamaha, but it wants to win and it is pushing very hard to win. It hasn’t won a race since 2016, so the guys are pushing me! Since the middle of last season the bike has been very good and the factory has done a very good job, so now I am giving 100 per cent in every race.

What will be the best circuits for the GSX-RR?

I think the European tracks could be good for us – tracks like Jerez, Le Mans, Assen, Misano and Aragón. Or maybe Austin… we don’t know yet! 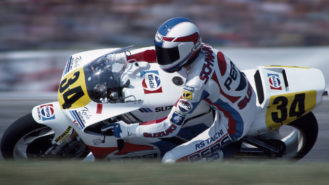 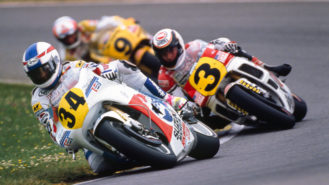 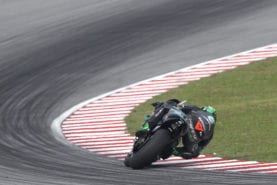 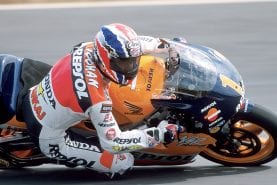