Honda had a poor preseason in 2015, 2016 and 2017, but this time it looks like Márquez, Pedrosa and Crutchlow are in seriously good shape 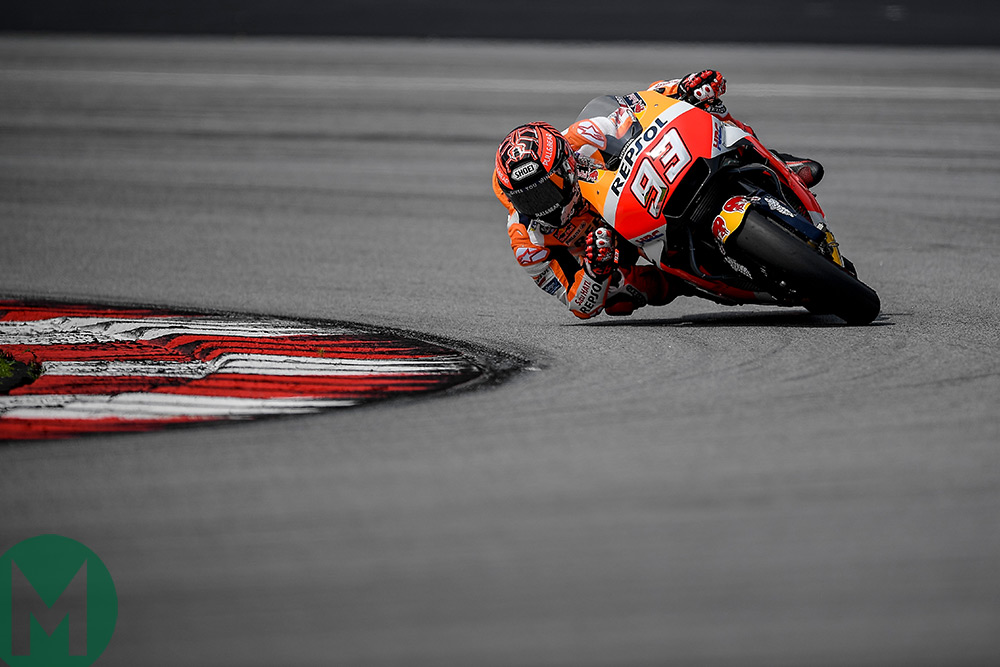 During the last few seasons Honda has struggled through preseason testing and launched into the new season with distinctly unimpressive results at the season-opening race. And yet last year and the year before Marc Márquez turned things around to win the championship.

So far, this year is very different: Honda was the dominant force at the first two tests, showing super-fast race pace and taking two of the top three positions at Sepang and three of the top four positions at Chang in Thailand.

Does that mean Honda will be rampant in 2018, or will the season once again turn out to be the opposite of preseason? Because things didn’t only change for Honda in 2016 and 2017. Yamaha was clear favourite after preseason testing in 2016, with Jorge Lorenzo, and in 2017, with Maverick Viñales, but had below-par championships both years.

The obvious conclusion is that preseason testing means nothing; but there’s little doubt that Honda is in better shape than it has been for years. Which must be ominous for anyone hoping to stop Márquez from winning a fifth MotoGP world championship.

Honda has focused most of its preseason efforts on engine development, trying to regain some of the horsepower lost during the previous two years. In 2016 HRC reversed crankshaft rotation to help the RC213V turn quicker and change direction quicker; but this configuration costs horsepower. Last year HRC introduced a big-bang format, which improves torque delivery at the expense of peak horsepower. Thus HRC has been testing two new engine specs for 2018, both with revised big-bang crankshaft timing. They do make more power, but will they be rider-friendly?

Marquez didn’t top either of the first two tests, but he was very happy with his pace, using the 2017 chassis he used to win six races last season. “We are concentrating on the engine because we made that mistake in 2015 – we worked everywhere on the bike, then arrived in Qatar and the engine wasn’t right. You can change the chassis anytime, so this time we’ve forgotten the chassis a bit to concentrate on the engine.”

Last season the Spaniard made history, winning the championship despite an average crash rate of 1.5 tumbles per race weekend. The 25-year-old hopes to taste the asphalt less frequently in 2018, although he won’t change his approach.

“In practice I need to push to the limit, find my limit, set up the bike, then on Sunday control the situation. The risk is different in the race – you push but you try to control yourself. During the past few years I’ve understood that it’s better to give up a few tenths than get no points.”

The RC213V’s aggressive nature has both positives and negatives for Márquez.

“It’s quite a difficult bike,” he says. “But when you are pushing at the limit you can be faster than the others. The problem is that it’s so critical, but we are working on this. It’s a short bike, which is so good on short circuits, but it can become a bit unstable in faster corners. It looks like the Yamaha is a bit longer and the Ducati even longer.”

Jack Miller, who has switched from Honda to Ducati, agrees. “The Ducati isn’t as physical to ride,” says the Australian, who was four-tenths of a second from the top at Chang. “It’s a bit longer, so I don’t have to fight the bike and bury the rear brake so much for the wheelies.”

Tito Rabat, who’s made the same move, also feels the same. “I’m a tall guy, and the Ducati is bigger,” says the Spaniard. “From Aragón last year the Honda wasn’t so bad. They improved the electronics a lot but unfortunately that arrived too late for me. I wouldn’t say the Ducati is perfect; the Honda is also not so bad.”

Of course, Márquez and his crew have tried turning the RC213V into a longer bike. “Sometimes when we go testing we have the time to work with geometry, swingarm position and so on, so we have tried a longer bike but it doesn’t work. If you want to go longer you need to change many things: stiffness, everything. We are working to make it an easier bike, but at the moment it’s working not so bad.”

Indeed. Despite its fearsome reputation, the RC213V has won five constructors’ world championships since the start of MotoGP’s 1000cc era in 2012.

HRC’s racing philosophy has always been straightforward: build a MotoGP bike that can turn the fastest lap times, then hire a rider that can push the bike to those lap times. And if the bike wins races and championships, then it’s done its job.

But Márquez’s crew chief Santi Hernández knows they can do better. “The Honda doesn’t look like an easy bike for rookies, so we need to make it gentler,” he says. “We need to create a bike that makes everyone faster. That’s what we are working on, because even Marc, who is an acute talent, sometimes struggles to manage the situation.”

Perhaps HRC has already made steps in that direction, because all three HRC riders were fast at the first tests. Repsol team-mate Dani Pedrosa was quickest at Chang and second quickest at Sepang, behind Ducati’s Jorge Lorenzo, while Cal Crutchlow was fourth at Chang, just behind Márquez.

“The bike is working well,” says Crutchlow, whose aggressive technique suits the Honda. “The engine is very, very strong, and that’s the only big change. Our problem is the physicality of the bike. Normally when you get more power you can relax in other areas, but it doesn’t work like that with the Honda. There’s only a select amount of people in the world that can ride an RC213V, and I’m lucky I’m one of them. But I think in the future the bike will only get better.”

The speed of Crutchlow’s rookie team-mate Takaaki Nakagami suggests that the 2018 RC213V, with big-bang power and sorted electronics, is a friendlier motorcycle than previous versions. The twice Moto2 race winner was less than seven tenths off the fastest lap at Chang, with his data making quite an impression on Crutchlow and Marquez.

“Naka is a f**king rocket!” adds Crutchlow. “He did an 18-lap run alone [at Chang] and did a 1m 30.8sec lap in the last two laps. His corner speed is really fast – me and Marc laugh at how fast his corner speed is in some areas.”

It’s probably no coincidence that Pedrosa was lightning quick at the first two tests because they were both held at tropical tracks, where getting heat into the tyres is the least of a rider’s worries.

Pedrosa’s problem in recent years has been MotoGP’s control-tyre format, which forces the tyre supplier to design an average kind of tyre for an average kind of rider, but it’s impossible to please everyone, especially someone who’s far from the average weight and height.

Some days Pedrosa can get the best out of the tyre allocations and others he can’t. And that’s what his crew is working at fixing.

“This is one of the targets we have with the team, because you don’t know when this situation will happen, so we need to know how we can react to it,” he says. “There’s not a specific set-up, but we need to know how to react. Last year we mostly struggled in the wet. At Sepang we tested Michelin’s new rain tyres and I was happier. We will also see how the tests in Qatar go, when the track will be colder.”

Pedrosa has won 31 MotoGP races at 17 different circuits, but never at Losail, where cool track temperatures and a smattering of dew never work in his favour. Perhaps this year will be better, because the chaos of last year’s rain-lashed event has pushed Dorna into staging all three races earlier, with the MotoGP race starting at 7pm instead of the usual 9pm. Could a those two hours and a few degrees of track temperature make all the difference? 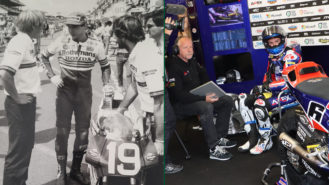 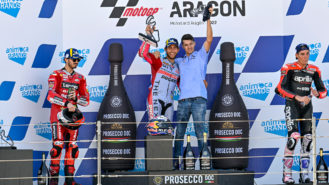 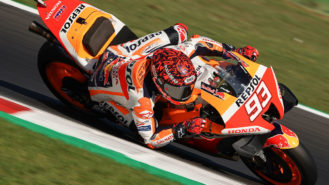 What to expect from Márquez’s latest MotoGP comeback

Marc Márquez races again at Aragón this weekend, so how will he go? And does it really matter? Because all that really matters is 2023, right? 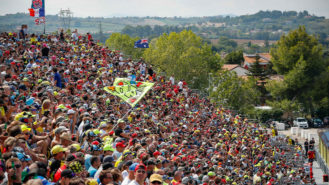 The findings of Dorna’s MotoGP fans survey landed at Misano, as did Pecco Bagnaia’s controversial helmet and the announcement that MotoGP will race in Saudi Arabia. What to make of it all?