Why was Jorge Lorenzo so fast on Sunday? Here’s one theory… 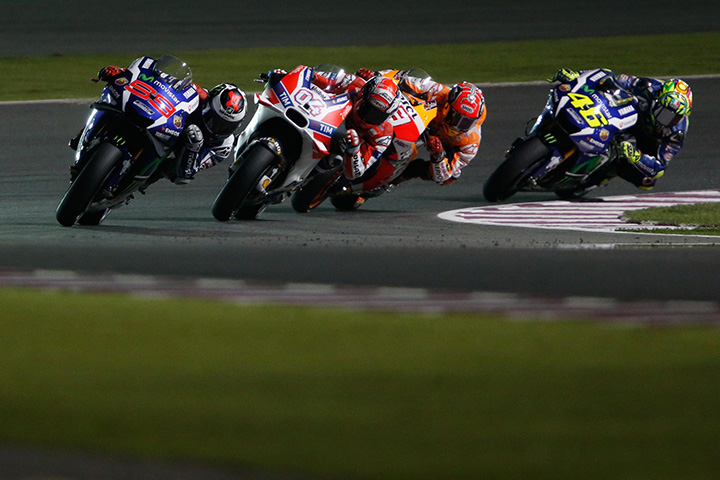 The human brain is a wonderful thing; at least some of them are. Each rider at the front of MotoGP is literally one in a billion; they feel things from their bikes and do things with their bikes that not only we, but most racers can’t.

During the Qatar weekend I watched several sessions out on track and Lorenzo was doing something that only one other rider was doing. While most riders treated Michelin’s front with a certain amount of nervous respect, especially through that tricky mid-lean moment as they turn into a corner, Lorenzo had completely understood the tyre and adapted his mind and body to get the most out of it.

Several riders have talked about how the Michelin front goes through a stage where it momentarily loses load and grip. One engineer puts it this way: the tyre has some nooks and crannies in the way it works. Only the best riders can find these nooks and crannies, then come up with a plan to get the best out of them.

A tyre is very different to a throttle, but let’s use a throttle as an analogy. Back in the days of two-stroke 500s, Honda’s NSR500 dominated for years, in part due to it’s superior throttle linearity. When the rider opened the throttle two per cent, he got two percent more torque, not 1.5 or 2.5 percent, so he could accelerate out of corners with total confidence and thus with more speed.

The Michelin front’s contact patch doesn’t seem to grow in a linear way as riders lean into corners, so the cleverest riders have worked out how to use the contact patch when it’s at its best.

In Qatar, Lorenzo rode into corners like everyone else, but just before the apex, after he had ridden through that tricky stage, he pushed deeper and leaned further to turn the bike harder. This seemed to be a crucial part of his speed. The only other rider I noticed doing this was Maverick Vinales. 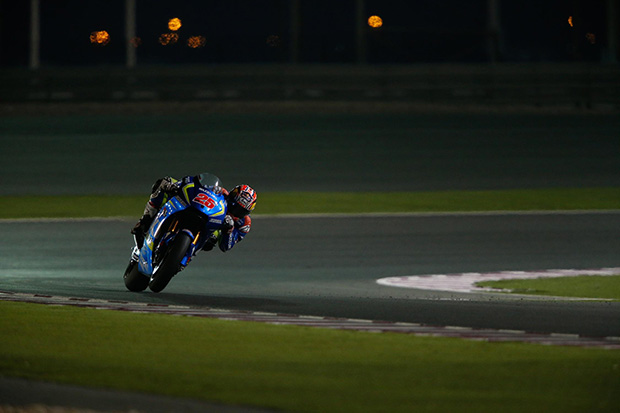 Of course, one of the many great things about bike racing is that there’s usually more than one way to get around a problem. Marc Marquez spent much of winter testing trying to ride more smoothly to suit the Michelins, but the lap times didn’t come, so he reverted to his wild style, skating on the brink. Marquez is a fully paid-up member of the one-in-a-billion club, so he found the limit of the Michelin front and started skidding it into corners, using that sliding to help him cut more squared-off lines.

That is what’s so remarkable about these men. They can charge round a racetrack on the absolute limit of control, while their minds absorb everything that’s happening and their bodies move to deliver exactly the right amount of load to each tyre, to the brake levers and to the throttle.

Another engineer told me about his rider accelerating out of one Losail corner, changing direction and then diving into the next. During that process of rolling from one side to the other while on the throttle, the rider could feel the front contact patch shrink, then momentarily grow again, before reducing again. The rider felt this tiny difference, which most of us wouldn’t even notice, understood what was happening and then worked out how to use the moment to his advantage, by getting back on the throttle for a millisecond before backing off again. His engineer reckoned this process gained him at most one or two feet over his rivals.

That is the kind of advantage that MotoGP riders are hunting: they’re not so much chasing tenths or even hundredths as they are thousandths.

And the race turned out to be seven seconds faster than last year’s, despite tyres and lower-tech electronics which had never been used in anger.